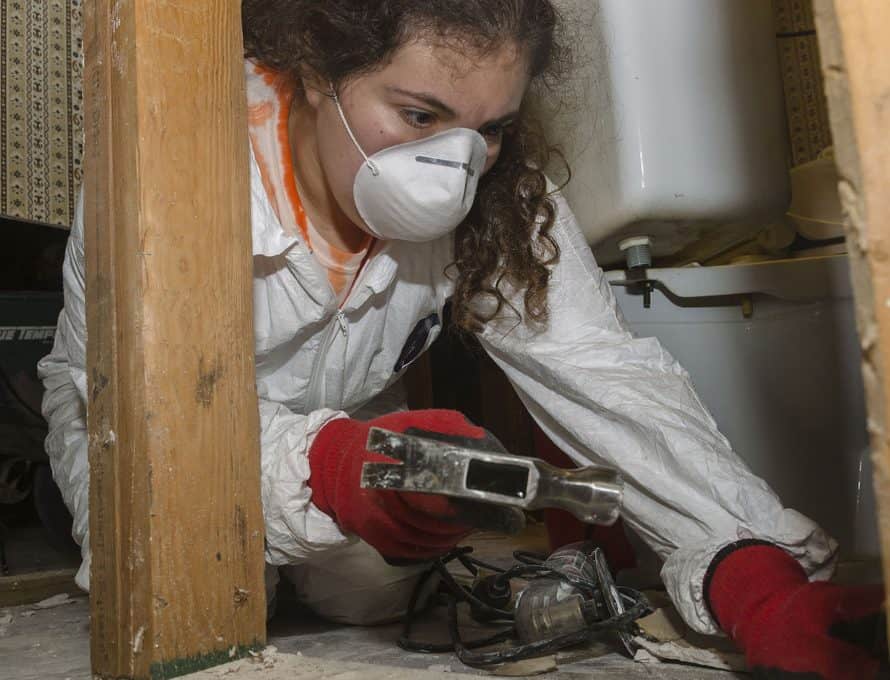 DENHAM SPRINGS, La. (BP) – John Whitehead woke to an unfamiliar sight in mid-August – water had breached his house and was rising fast. The Louisiana State University student panicked for a few minutes, facing tough decisions. What should he save and what should he leave behind?

In the end, the answer was simple. Muddy water lapped against his waist as he struggled to heave his black Labrador retriever Rascal into his kayak. Then, he paddled away from everything he and his family owned in Denham Springs near Baton Rouge, knowing they would never see most of it again.

His parents, Darrell and Zanie Whitehead, were in Tuscaloosa, Ala., trying to get home. They talked by phone several times as the situation worsened.

“I called the fourth time, and he said, ‘Quit calling me, I’m trying to save people,’” his father recounted.

By the end of the day, John Whitehead and his kayak had carried a number of people to safety, including two elderly women who were clinging to a chain link fence, with water up to their chins.

On Labor Day weekend, flood survivors like the Whiteheads in south Louisiana were on the receiving end of an even larger wave of help. LSU’s Baptist Collegiate Ministry spearheaded a massive cleanup event, drawing more than 450 students from collegiate ministries in Louisiana, Texas, Arkansas, Florida, Georgia and Tennessee. As the LSU Tigers played their first game of the season, the students pried up waterlogged wood flooring, tore out sheetrock and tried to salvage homeowners’ keepsakes from encroaching mold.

At the Whitehead home, not much is left. The few possessions they own are stored in a 5-by-8-foot shed — with room to spare. But Darrell Whitehead, a former children’s minister, is still grateful.

The family’s church, Istrouma Baptist in Baton Rouge, has helped, and strangers have given love offerings. But the students were a surprise. Whitehead estimates they saved him approximately $10,000-$12,000 for professional gutting, and they finished so far ahead of schedule that they were able to help neighbors with their cleanup efforts.

“When they were here, they worked,” Whitehead said. “I never heard a complaint. Those BCM kids could have done anything on those days. They didn’t have to come work, yet they did.”

For Arkansas State student Kristen Scarlett, a rough week on campus seemed trivial when compared with the flood survivors’ burdens.

“I thought, ‘If the Lord made me an able-bodied person, why am I not there?’” Scarlett, who attends First Baptist Church in Jonesboro, had asked. “I need to live out that calling. If you’re in good health, why wouldn’t you?”

Some students hesitate to volunteer because of the perceived time commitment, said Annie Pucciarelli, a student from First Baptist Church in Brandon, Fla. But she believes collegians are the perfect age, especially if they are not already juggling families and careers.

“I think this is the best time in my life,” she said as she pulled nails from sheetrock. “Being able to help others is a great experience. You can see that what you’re doing is making a difference.”