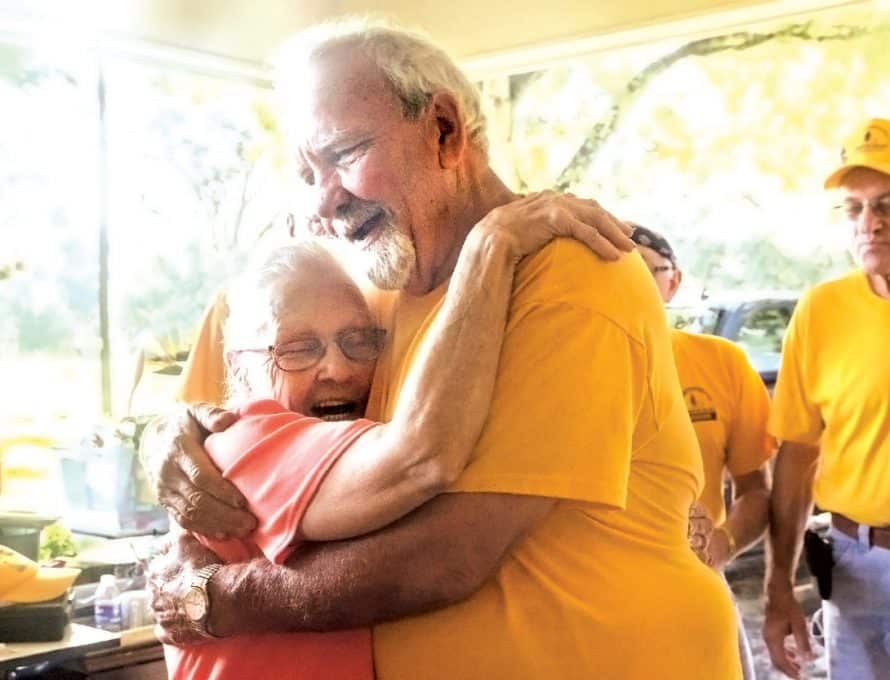 BATON ROUGE, La. – The numbers swirling around the flood recovery efforts in Baton Rouge are overwhelming.

Southern Baptist Disaster Relief Volunteers from 23 states – including more than 250 from Missouri Baptist churches – prepared more than half a million meals since mid-August. They tore out 490 homes’ drywall and sanitized 531 more and shoveled tons of muds in the Louisiana summer humidity. But other numbers stand out as well: 888 gospel presentations and 112 salvations.

Feeding operations ceased Sept. 8, but mud out, recovery, shower and laundry, incident management and chaplaincy work continues, with Missourians still in the mix.

Though Louisiana as a whole is not a stranger to rising water, this area of the state is not in a floodplain and the residents for the most part were not prepared.

“From Baton Rouge and the Mississippi River on the west to Hammond, La. 40 miles to the east, every single neighborhood has water in it,” said Missouri Baptist Convention director of Disaster Relief Dwain Carter. “I’ve never seen anything like it. But they got 30 inches of rain in 48 hours.”

After Hurricane Katrina in 2005, displaced people from New Orleans resettled in Baton Rouge, swelling the community built for 100,000 people to 250,000.

The unfolding recovery effort will need “the biggest mobilization of manpower since Hurricane Katrina,” John Hebert, the Louisiana convention’s director of missions told the Baptist Message. “To every volunteer, church, association and neighbor, I just want to say God bless you,” Herbert said.

The monumental task facing Louisiana encompasses a now-estimated 155,000 homes that were destroyed or damaged. This figure is about two-and-a-half times the number previously reported. For Baptists, the challenge also extends to an updated total of 75 flood-battered churches and 70 pastors whose homes were lost or damaged.

The good news is that volunteers – as well as neighbors – are stepping up.

“It’s unlike anything I’ve ever seen, said Randy Reddell from First Baptist Church in Branson. “Everywhere you look you see furniture, carpet, electronics, even food. But the other thing you saw is people helping themselves and each other. That was a little different from some of the other places I’ve been. You saw families working together to clean up each other’s home entire neighborhoods forming teams to start cleaning up. There’s not a sense of hopelessness or just sitting there waiting for someone to come and help.”