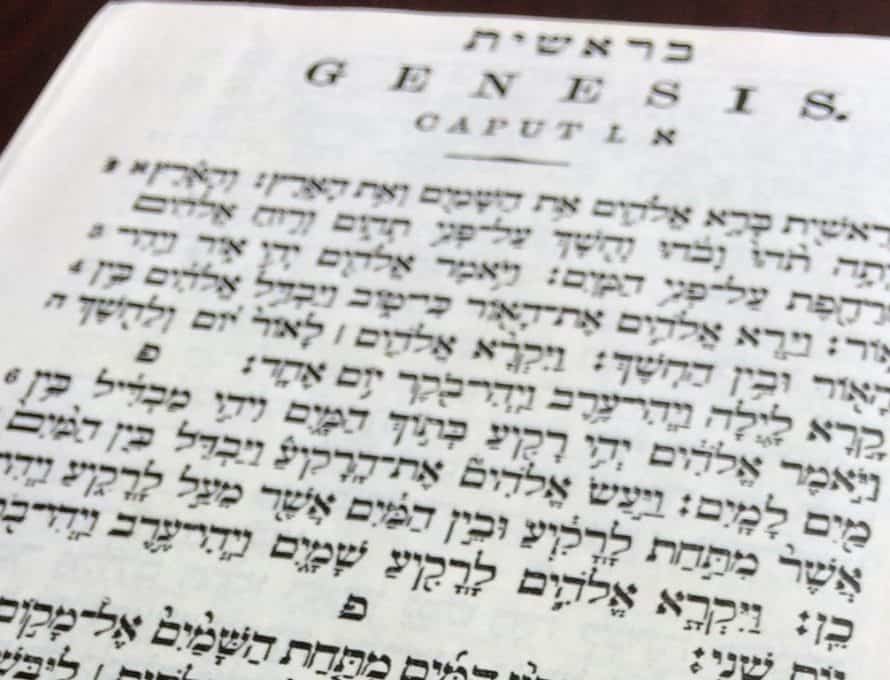 NASHVILLE (BP) – A New York Times op-ed suggesting the Old Testament supports transgenderism has been classified by Southern Baptist seminary professors as a mischaracterization of Hebrew grammar and theology.

“It should not surprise any of us that if we want to find something in Scripture, then we will twist it to say what we want it to say,” Paul Wegner, professor of Old Testament studies at Gateway Seminary of the Southern Baptist Convention, told Baptist Press.

Mark Sameth, a Reform Jewish rabbi, wrote in an Aug. 12 Times piece titled “Is God Transgender?” that the Old Testament, “when read in its original  language, offers a highly elastic view of gender.” Sameth told of having a transgender cousin and stated he is “particularly saddened whenever religious arguments are brought in to defend social prejudices – as they often are in the discussion about transgender rights.”

• The Hebrew Old Testament’s use of masculine pronouns, nouns and metaphors to describe women – and vice versa – reflects “well-expressed gender fluidity” in the ancient world.

• The four-letter Old Testament name for God, sometimes rendered in English as YHWH, “was probably not pronounced ‘Jehovah’ or ‘Yahweh,’ as some have guessed. The Israelite priests would have read the letters in reverse as Hu/Hi – in other words, the hidden name of God was Hebrew for ‘He/She.’”

In response to the claim regarding masculine and feminine pronouns, Gary Arbino, professor of archaeology and Hebrew at Gateway, noted, “Biblical Hebrew is an ancient language that – in the form(s) we have it – is a written representation of a verbal language and thus is filled with linguistic oddities and variances. To make a theological case – or perhaps even a cultural one – from these grammatical issues is tenuous.”

Wegner explained that the lettering system used to write Hebrew during the period described by early chapters of Genesis – from which all of Sameth’s pronoun examples are taken – “does not appear to have been as developed as it became in latter parts of Scripture, and thus the pronouns for ‘he’ and ‘she’ sometimes look alike.”

Instances early in Genesis where the grammatical gender of pronouns is unambiguous often are assumed to be adjustments made by later copyists or editors, Wegner said in written comments to BP.

In response to Sameth’s claim regarding the divine name, Arbino noted that “some Jewish scholars” influenced by the mystical ideology Kabbalah believe the arrangement of letters in the Hebrew Bible “is malleable” and can be altered to form new readings such as Sameth’s “he/she” reading of YHWH.

However, Arbino said he does “not know of any canonical biblical or second temple literature that shows this reading/understanding.”