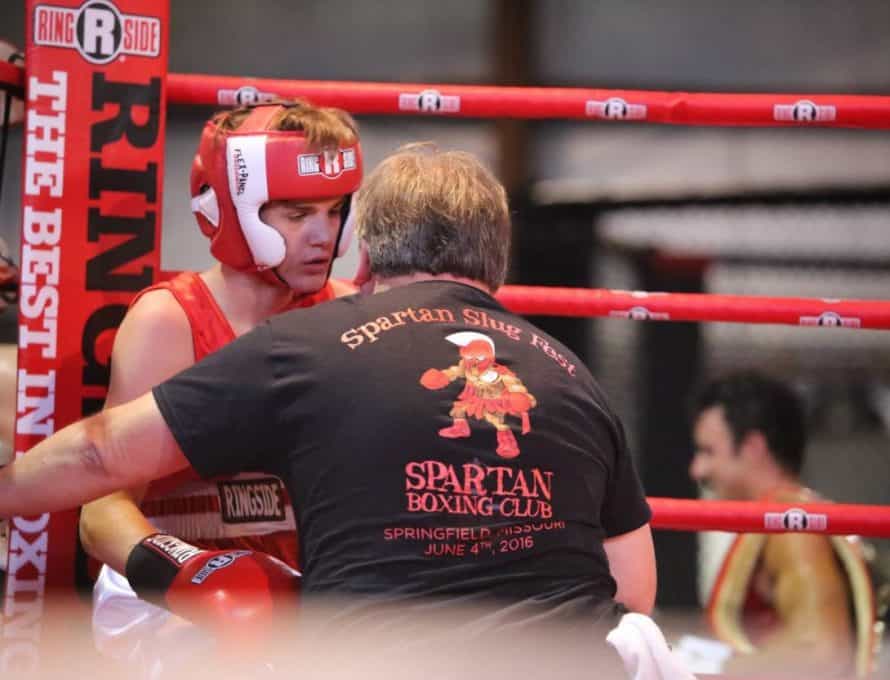 SPRINGFIELD – At The Catalyst church here, young people not only learn to fight in the ring, but they also learn to “fight the good fight of the faith.”

SPRINGFIELD – The Catalyst church here competes for the souls of men and women not only in Southwest Missouri, but also throughout the nation—and with transformed lives that show the worth of their labor. During the past four-and-a-half years, this Missouri Baptist Convention church plant has led 186 people to profess faith in Christ. And they continue to fight for people’s salvation in a unique way: through competitive sports.

While other churches often compete with people’s scheduled sporting events, leaders at The Catalyst dreamed of a church that would draw sports lovers of all kinds to hear the gospel and become followers of Christ. As a result, they established a church that hosts competitive sports teams.

Indeed, the church sponsors national-level teams for wrestling, as well as for track and cross country, and it has eight soccer teams that play in the highest levels across the state. The church also trains and works with professional MMA fighters and owns six race cars. To top this off, the church owns a building with a wrestling arena and a cage. They’ve hosted MMA fights on their property, using the opportunity to proclaim the gospel to people who would never darken the door of a church on Sunday morning.

“We’ve cornered the market on hurt and lost people,” Chavez said. And not only do these people come to the church, but they come multiple times a week to practice their sports, as well as to attend a service on Thursday.

Each sports team that the church hosts also has a chaplain, who helps competitors think about what God’s Word means for their lives. When they’re away from Springfield for a competition on Sunday, they also go onto the field or into the arena before the sporting event begins, where they will hear a message from God’s Word. Often, they’ll invite other people to the services, so that even more will hear the gospel.

According to Chavez, the success of the Catalyst has come because of God’s blessing, but that blessing has come especially through the Cooperative Program.

“The Cooperative Program has helped us,” he said.

Now, Chavez looks toward the future, with his eyes set on a large piece of property next to the church’s building. He envisions there some soccer fields and running paths. As a veteran with disabilities, he hopes that the church would be able to by the property some day and occasionally invite other disabled veterans to the property to relax and enjoy some leisure time. Ultimately, however, he envisions lives—and the Springfield community—transformed by the gospel of Jesus Christ.