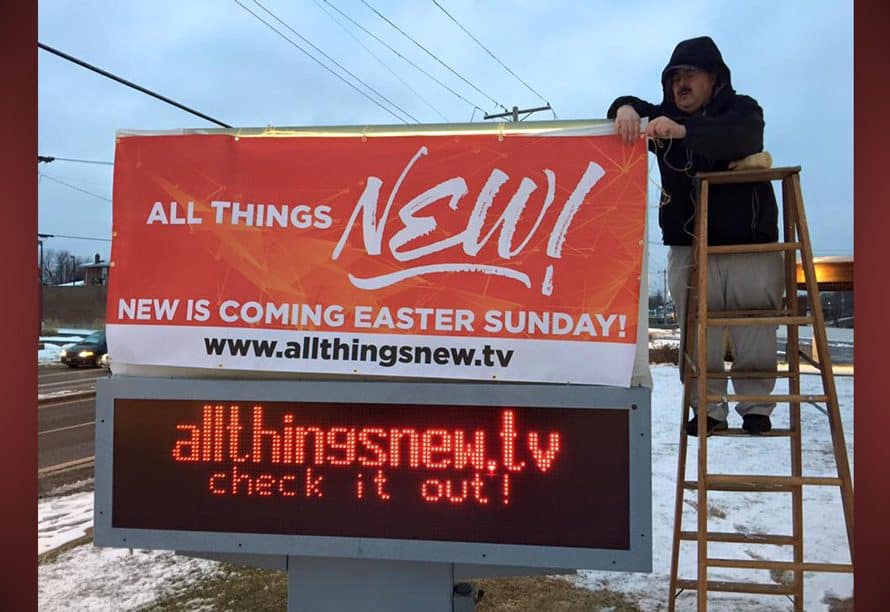 AFFTON – The old, dying church on the corner of Gravois and MacKenzie was only replanted in August, but already the new congregation has taken root and began to grow as The Church at Affton.

First Baptist Church of Affton, the church’s former name, was in dire straights. Despite 75 years of ministry, the church was in decline and ultimately determined the best way to glorify God and continue ministering in the community was to replant the church with a totally new identity – not just a new name, sign or logo.

That’s when they connected with Jason Helmbacher. A Missouri native from nearby Arnold, Helmbacher lived for a time in Bosnia before coming back to the ministry in Arkansas and ultimately sensing God’s call back to Missouri.

They weren’t at a place where they could hire a pastor, but by working through the St. Louis Metro Baptist Association and the North American Mission Board, First Baptist became a legacy replant.

“The story begins with older believers, who even though they are few in number, felt like the lostness around them was a greater need than hanging on to their past and their comfort,” Helmbacher said. “They decided they would rather ‘die’ and bear fruit than try to hang on and maintain the status quo.”

The church changed the name, suspended their bylaws, embraced a new leadership team, and brought in Helmbacher.

But while the new sign is an obvious change, Helmbacher said the biggest difference from August to now is changed hearts.

“It’s been a challenging process, but we’re shifting from an attractional, inwardly focused church in a great location to a missional, incarnational presence in the lives of the community,” he said. “I thought I was looking at six months of ulcers, heart burn and conflict, but it has been amazing to watch these good folks catch on, get excited and become a church planting team.”

The intersection where the Church at Affton sits, Gravois and MacKenzie, is the geographic center of the largest community of Bosnians outside of the eastern European country. It is perhaps God’s provision then, that Helmbacher has a background that understands Bosnian culture and the peoples’ need for Christ. Helmbacher is reaching out to local Bosnian leaders and building relationships that plant seeds and hopefully will build bridges to the gospel in the future.

That busy intersection also featured heavily in the effort to inform the public of the change happening at the Church at Affton.

“We wanted them to know that a new church was coming, not just a new sign or just changing the wrapping paper,” he said.

They emptied the church and gave away to the community that which was still good and useful.

“It was a physical way for our people to ‘give away’ the old church and let people know that something new was coming,” Helmbacher said.

The church’s “official” launch date was Easter, and Helmbacher said the church is no longer thinking in terms of change or evolving, but embracing and moving onward and upwards with their new identity and mission for reaching the community with the Gospel.

“We recognize a lot of darkness around us,” Helmbacher said. “There’s a need for spiritual transformation here, and that begins with prayer and presence. Pray that we would have an increased spirit of unity and have the energy to not let anything distract us as we move forward with the gospel.