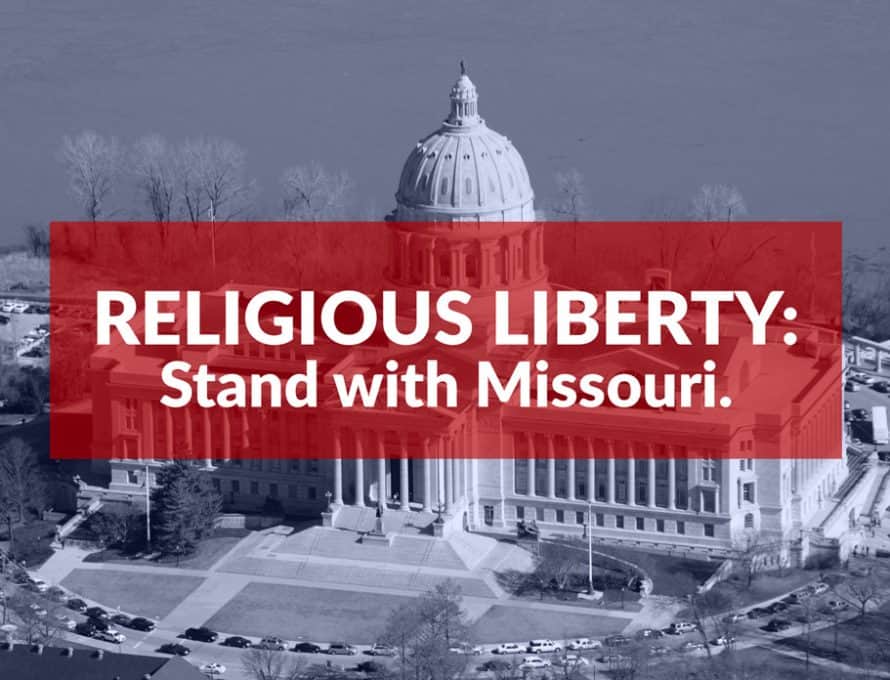 Early this morning, the Missouri Senate passed a bill that will protect people of any faith from being penalized because of their religious beliefs about marriage.

President Pro Tem of the Senate Ron Richard broke a 39-hour long filibuster of Senate Joint Resolution 39 (SJR 39), otherwise called the Missouri Religious Freedom Amendment, by calling for the previous question. In accordance with Senate rules, members of the Senate then took a 7 a.m. roll call, and SJR 39 passed its first-round approval with a 21-9 vote.

The bill now heads to the state House of Representatives for approval, and, if passed by the House, SJR 39 will go to the ballot box this fall. If voters approve the resolution, it will be added to the Missouri Constitution.

Missouri Baptists can download and read SJR 39 online at https://legiscan.com/MO/text/SJR39/2016. But here are some highlights from the resolution:

• The bill begins by declaring that the state shall not penalize any religious organization for believing or acting according to “sincere religious beliefs” about the “marriage” between two people of the same sex. Included among the religious organizations protected by this bill would be denominations, like the Missouri Baptist Convention (MBC), as well as the MBC’s universities and children’s home.

• The state shall not penalize a clergy member or religious leader for refusing—on the basis of his or her religious beliefs—“to perform, solemnize, or facilitate” a same-sex “marriage or ceremony.”

• The state shall not penalize “any church, synagogue, mosque, temple, or other house of worship, denomination, or other religious organization” because of that the organization’s refusal—on the basis of its religious beliefs—to “perform, solemnize, or facilitate” a same-sex “marriage or ceremony.”

• The state shall not penalize an individual who—on the basis of his or her religious beliefs—”declines either to be a participant in” or “to provide goods or services of expressional or artistic creation” for a same-sex “marriage or ceremony or an ensuing celebration thereof.”