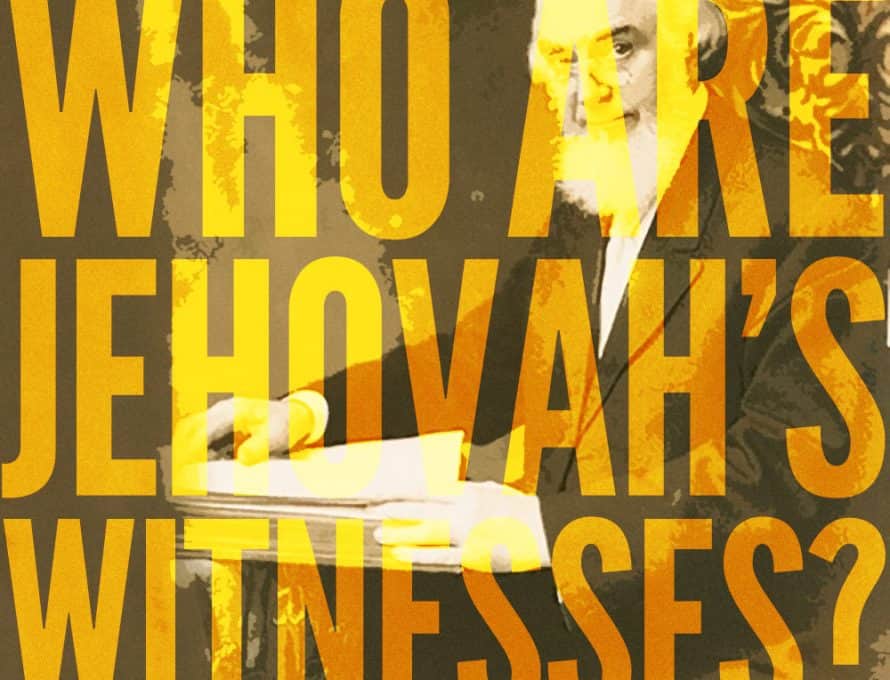 They come to your door well-prepared, using familiar terms like Jesus, kingdom, and faith. Their smiling faces and leading questions make it easy to agree with them. You might even let them start a Bible study in your home.

They are sincere, committed to their beliefs, and faithful in their endeavors. They are seeking the truth, believe they have found it, and are eager to share it with you.

They are Jehovah’s Witnesses.

Officially known as The Watch Tower Bible and Tract Society of Pennsylvania, the Jehovah’s Witnesses today boast more than 8.2 million active participants in 239 countries, with 115,000 Kingdom Halls and one of the largest publishing operations in the world.

It all began with Charles Taze Russell (1852-1916). As a teenager he rejected many of the views taught in his Congregational church, particularly the doctrines of hell and the Trinity. Influenced by Adventists, who assured him there is no eternal punishment and who focused on the return of Christ, he formed his own Bible study and began to develop his unique theology.

In 1879, Russell began publishing The Watchtower, predicting that the battle of Armageddon would take place in 1914, at which time Jehovah would destroy all earthly governments, end the “Gentile times” and establish His kingdom on earth. Russell believed and taught that Jesus had returned to earth invisibly in 1874.

In 1908 he moved the headquarters of the Watch Tower Bible and Tract Society from Pennsylvania to Brooklyn, New York, where it remains today. When the First World War began in 1914, Russell claimed his prophecy of Armageddon was on the verge of being fulfilled, but he died a failed prophet two years later.

Joseph F. Rutherford, legal advisor to Russell’s organization, became its new president in 1917. He changed the name of the society to the Jehovah’s Witnesses, taken from Isaiah 43:10, in part to distance his followers from splinter groups.

In an effort to increase membership, he proclaimed that only 144,000 would make it to heaven. When Watchtower ranks swelled beyond this number, Rutherford announced that everyone who had become a Witness before 1935 would go to heaven (the “little flock”), while everyone who joined after 1935 would be among the “great crowd” who would not go to heaven but could live in an earthly paradise after Armageddon and the Millennium.

Rutherford died in 1942. His successor, Nathan Knorr, issued a new Armageddon dating system, teaching that Jesus had not returned invisibly in 1874, as Russell had taught, but in 1914. Further, the generation that had been alive in 1914 would not “pass away” (see Matt. 24:34) before Armageddon would occur – an “absolutely final” date of 1975. Knorr died in 1977 with the final battle yet to be waged.

Frederick Franz became the next president. While he would not permit the society to set any more dates for Armageddon, he insisted that persons alive in 1914 would witness this cataclysmic event. He died in 1992. Successor Milton G. Henschel discarded the entire end-times scenario in favor of “new light” that made the “generation” of Matt. 24:34 apply to any generation that sees the signs of Christ’s return.

Don Adams heads the organization today – a society that remains prolific in its publications and aggressive in its evangelism. The Watchtower, a semimonthly magazine that instructs the society’s members in faith and practice, is published in roughly 160 languages with a circulation of more than 21 million. Awake!, designed for non-members, reaches about 20 million readers in more than 80 languages.

Here is a glimpse of key JW doctrines that we explore in more detail in the next column:

• God’s name is Jehovah; He is not triune.

• Jesus is “God’s only begotten Son,” or Jehovah’s first created being.

• Jesus rose spiritually, not physically, from the dead.

• The Holy Spirit is neither personal nor divine.

• Salvation is by faith and obedience.

• There are two classes of saved people: the “anointed class” and the “great crowd.”

• The body and soul cease to exist at death, and await resurrection and judgment.

• Unbelievers are annihilated in hell.

Next: What do Jehovah’s Witnesses believe?