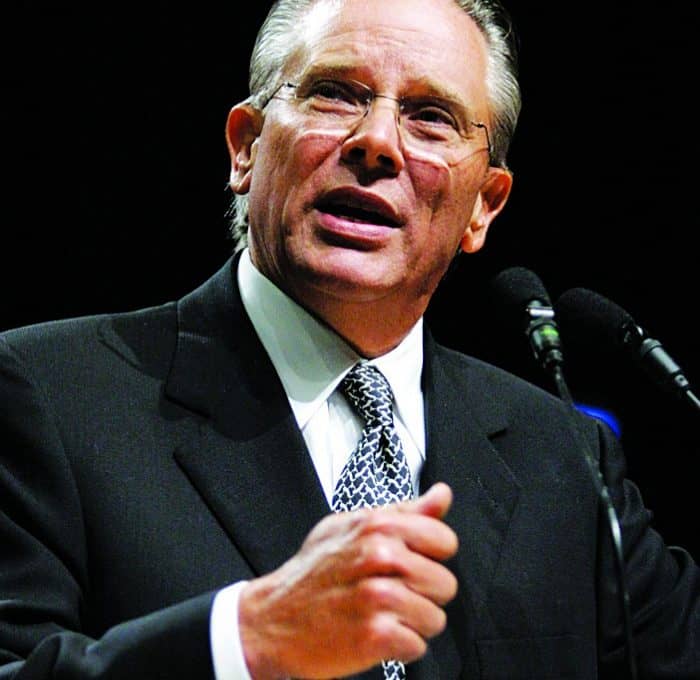 DALLAS — Drawing from Joshua 6:1–20, which tells of the Israelites’ conquest of Jericho, GuideStone Financial Resources President O.S. Hawkins told trustees, “We are challenging our employees to see 2015 as a ‘Year of Efficiency’ as we look for ways to do what we do efficiently and with excellence.”

“We wrapped up a phenomenal year in 2014,” Jones told trustees. “Total GuideStone assets ended the year at another all-time peak of $13 billion.”

Moving to GuideStone’s retirement business, Jones indicated that retirement contributions were up 10.7% from 2013.

“The expanded ministry opportunity set continues to fuel the majority of our growth,” Jones said, “but we continue to see significant growth in our Southern Baptist business, as well.”

Total participation in the retirement plan was up 3.5% from 2013.

GuideStone Property and Casualty ended with new bound premium of $3.9 million and $11.4 million in renewal business. GuideStone renewed almost 100% of its existing business and had a close rate of 47% of new business.

“The close rate reflects a much higher close rate or win ratio than the industry as a whole, which is around 25%,” Jones said. “It is indicative that the market has gotten much more competitive in Texas and Alabama, where we have our agencies for Brotherhood Mutual Insurance Company.”

Calling 2014 a banner year for Mission:Dignity, Jones reported almost 1,800 new donors. Gifts grew by almost 15%. In December, more than a million dollars was given for the first time to the ministry that provides financial assistance to retired pastors and their widows. The ministry is provided through gifts of individuals, Sunday school classes, churches and, increasingly, through estate gifts, Jones said. No Cooperative Program funding is used for Mission:Dignity.

Information concerning Mission:Dignity may be requested by calling GuideStone at 1-888-98-GUIDE (1-888-984-8433) or by visiting www.MissionDignitySBC.org.

Trustees next meet again in July in Nashville.