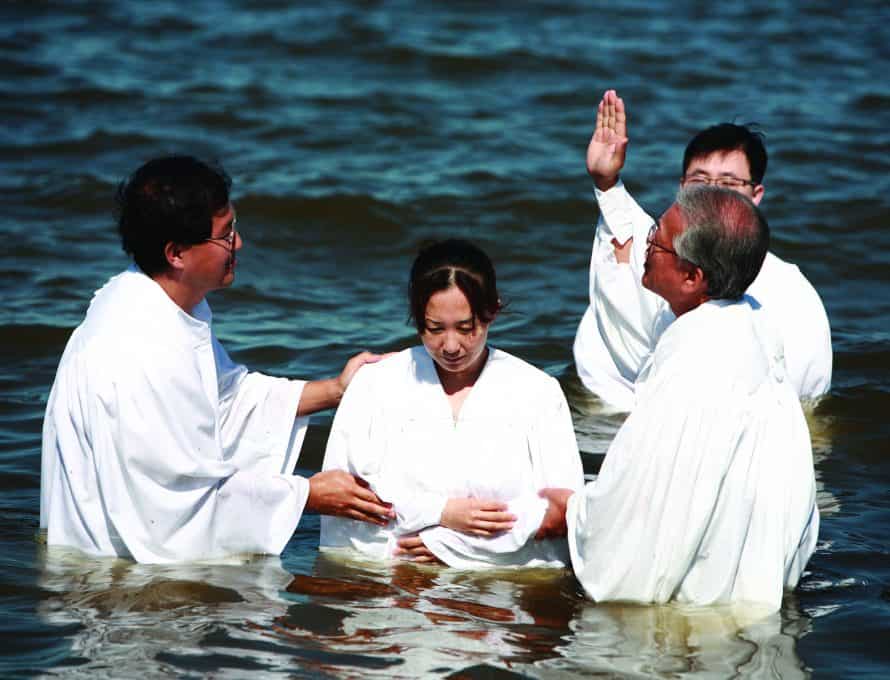 TORRANCE, Calif. (BP) – The more time Paul Kim spent with his fellow Southern Baptist pastors, the more he saw the discrepancy between the way they did missions and the way he led Good Community Church to do missions. The California church doubled in size after he refocused his congregation to join together with other Southern Baptist churches for cooperative missions.

Good Community Church was organized in 1991. By 2007, it had grown to 500 people participating in Sunday morning worship in the city of Torrance.

They were making token acknowledgement of their tie to Southern Baptists by giving $100 a month to missions through the Cooperative Program (CP). Missions was important then as now, but most of Good Community Church’s missions offerings went to independent missionaries in Korea, South America, the Middle East and elsewhere.

But as Kim’s relationships grew with other pastors and leaders in the Southern Baptist Convention, he became aware that the church didn’t have a good accountability and financial integrity system for all their missions support.

Kim came to realize the SBC provided the accountability, financial integrity, missions zeal and doctrinal purity the church wanted to be part of, and he directed the church to work with the SBC’s International Mission Board and North American Mission Board as they looked for missions opportunities.

By 2013, more than 1,000 people were participating in one of five Sunday morning worship services at Good Community – not counting the Hispanic and Japanese congregations that use the building rent-free – and they gave $30,000 to missions through CP, 5 percent of their operating budget.

“Our church focuses on two things: worship and prayer,” said David Yoon, English ministry pastor at Good Community. “Early-morning prayer really sets the tone for what the missions and vision of the church is.

“Families who join the church really want to come on board and share in that vision,” Yoon continued. “In the last five years, that message has really penetrated these families, and they are giving that vision to their children.”

It’s a vision with longstanding appeal. Koreans are known for their commitment to prayer and to fulfilling the Great Commission by going out or by sending others as missionaries. Their ethnic fellowship group – Korean Council of Southern Baptist Churches in America – is helps them do that.

“I believe in the power of collaboration,” said Man Poong “Dennis” Kim, pastor of Global Mission Church of Greater Washington in Silver Spring, Md., where about 1,600 people participate in Sunday morning worship. “That is the reason I have always led the Global Mission Church to be faithful in its participation in the Cooperative Program.”

Like Paul Kim of Good Community Church, Man Poong “Dennis” Kim (no relation), former president of the Korean Council and a nominee for SBC president in 2014, became more interested in CP as he saw its effectiveness. “With a steadfast commitment to world missions, our church is training and sending more than 10 short-term mission teams every year, and it has produced more than 50 career missionaries working for the IMB.”

Byungh Choi, pastor of Zion Korean Baptist Church in Jacksonville, Fla., was born into a Southern Baptist family in Korea and graduated from New Orleans Baptist Theological Seminary. He started Zion Korean in 2008 – today about 120 people participate in Sunday morning worship, increasing their CP support as their numbers grow.

“The purpose of Southern Baptists is not only [helping] one church, but all lost people,” Choi continued. “That is why we continue to be a part of the Cooperative Program.”

In Alabama, Chun-Ho Choi is pastor of Huntsville Baptist Church, a Korean congregation where about 100 people worship on Sundays, followed in typical Korean style with a traditional Korean meal.

Despite the size of the church, they gave nearly $1,500 last year to missions through CP, which was a sizable increase over the previous year.

The pastor credited the congregation, saying, “All church members get together and decide [the budget]. Cooperative Program is missions. It helps fulfill Great Commission.”

Yong Kyu Cho, pastor for 16 years of First Korean Baptist Church in Radcliff, Ky., where about 80 participate in Sunday worship, said he led the church to support CP because he trusts it.

“Southern Baptists are missionary-oriented people,” Cho said. “We believe the offering will be utilized for missionary work, IMB and NAMB…. I am always grateful to serve God and country and Southern Baptists.”

Southern Baptists work together and as a result get much more done than could be done without cooperation, said David Gill, founding pastor of Concord Korean Baptist Church in Martinez, Calif., where 650 people gather Sundays for worship.