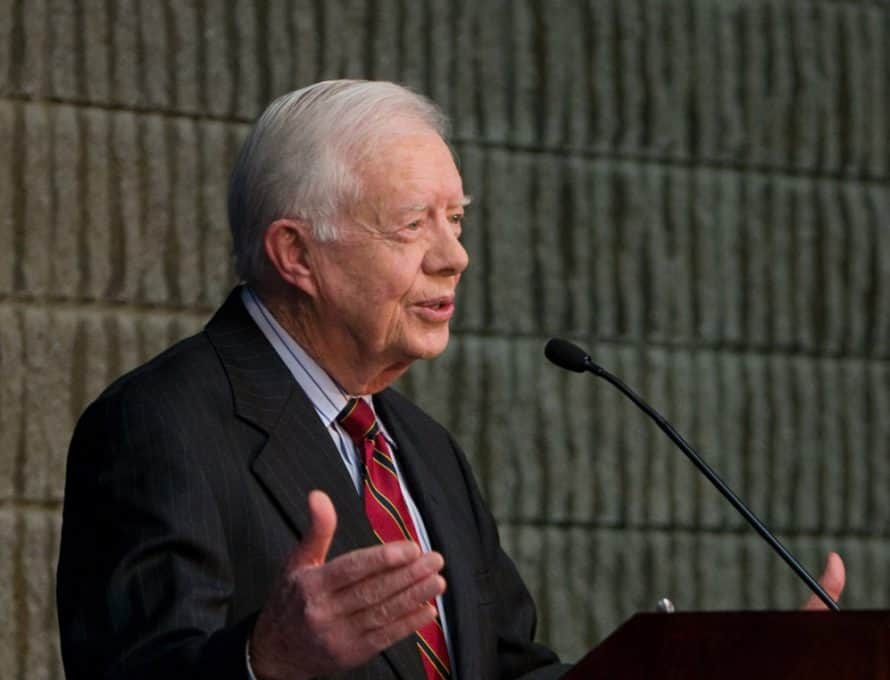 GRAND RAPIDS, Mich. – Former President Jimmy Carter, in a recent speech here, made two important points – one of which was ridiculous and the other quite correct, but not rightly applied.

As a Sunday School teacher for most of his adult life, it seems Mr. Carter would know a little more about Jesus than that.

Jesus had clear moral standards which he communicated on numerous occasions (like the woman at the well, the greedy young ruler, the woman caught in adultery, the arrogant Pharisees, etc.).

Mr. Carter, and those who share his views, reduces Jesus to a sweet non-confrontationist who just loved everyone.

Jesus did love everyone, unconditionally, even enough to confront their destructive behavior.

So, on this point, Mr. Carter’s biblical interpretations are shaped by current culture – not the other way around.

Mr. Carter’s second point is more salient. He advocates for autonomy of local Baptist churches and the necessity of government staying out of their decisions.

He is right on that point, but he does not finish the thought. Baptist churches and Baptist denominational bodies are both autonomous, meaning they determine their membership.

When a church decides a person no longer represents its convictions or a denominational body decides the same thing about a church, separation is permissible and inevitable.

Jimmy Carter is a wonderful humanitarian who has used his post-presidential years to do much good for many people.

For that, he deserves our appreciation. But on these issues his compromising and convoluted message will ultimately do more harm than good. ν