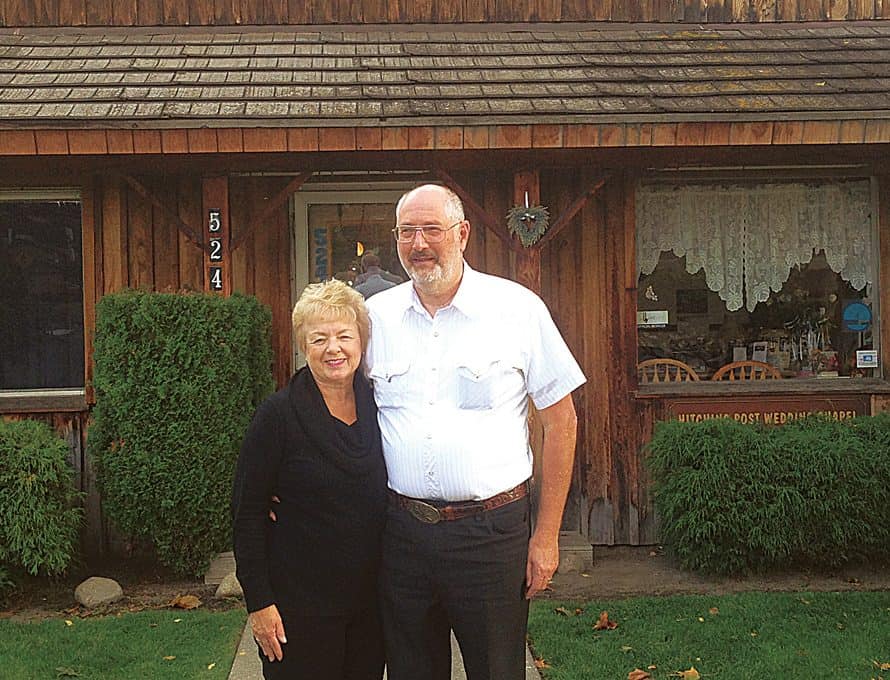 City officials told Donald Knapp that he and his wife Evelyn, both ordained ministers who run Hitching Post Wedding Chapel, are required to perform such ceremonies or face months in jail and/or thousands of dollars in fines. The city claims its “non-discrimination” ordinance requires the Knapps to perform same-sex wedding ceremonies now that the courts have overridden Idaho’s voter-approved constitutional amendment that affirmed marriage as the union of a man and a woman.

“The government should not force ordained ministers to act contrary to their faith under threat of jail time and criminal fines,” said ADF Senior Legal Counsel Jeremy Tedesco. “Many have denied that pastors would ever be forced to perform ceremonies that are completely at odds with their faith, but that’s what is happening here – and it’s happened this quickly. The city is on seriously flawed legal ground, and our lawsuit intends to ensure that this couple’s freedom to adhere to their own faith as pastors is protected just as the First Amendment intended.”

“The government exists to protect and respect our freedoms, not attack them,” Tedesco added. “The city cannot erase these fundamental freedoms and replace them with government coercion and intolerance.”

The Hitching Post Wedding Chapel is across the street from the Kootenai County Clerk’s office, which issues marriage licenses. The Knapps, both in their 60s and who themselves have been married for 47 years, began operating the wedding chapel in 1989 as a ministry. They perform religious wedding ceremonies, which include references to God, the invocation of God’s blessing on the union, brief remarks drawn from the Bible designed to encourage the couple and help them to have a successful marriage, and more. They also provide each couple they marry with a CD that includes two sermons about marriage, and they recommend numerous Christian books on the subject. The Knapps charge a small fee for their services.

Coeur d’Alene officials told the Knapps privately and also publicly stated that the couple would violate the city’s public accommodations statute once same-sex marriage became legal in Idaho if they declined to perform a same-sex ceremony at their chapel. On Friday, the Knapps respectfully declined such a ceremony and now face up to 180 days in jail and up to $1,000 in fines for each day they decline to perform that ceremony.

“The city somehow expects ordained pastors to flip a switch and turn off all faithfulness to their God and their vows,” explained ADF Legal Counsel Jonathan Scruggs. “The U.S. Constitution as well as federal and state law clearly stand against that. The city cannot mandate across-the-board conformity to its interpretation of a city ordinance in utter disregard for the guaranteed freedoms Americans treasure in our society.”