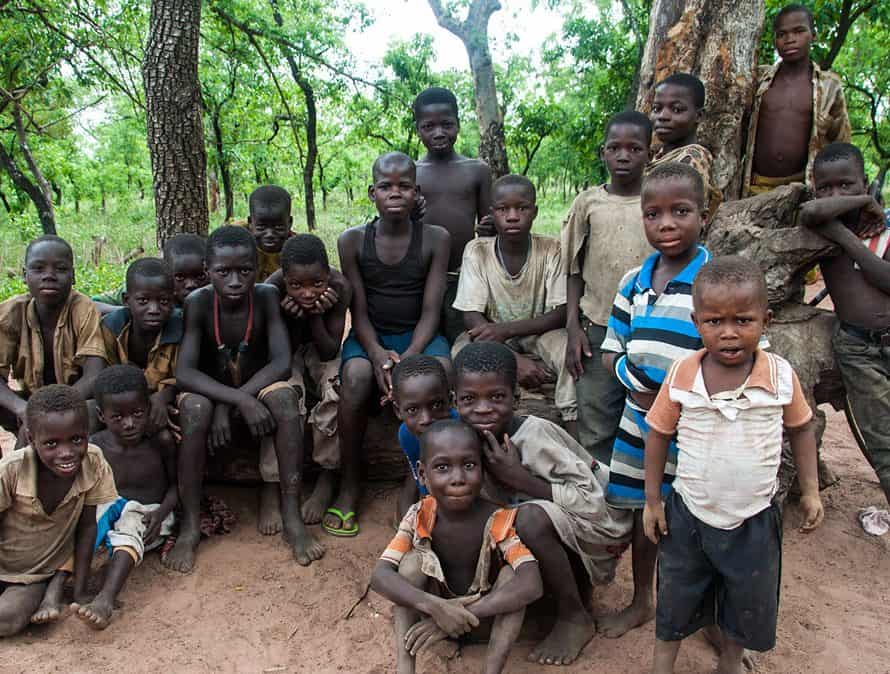 KANSAS CITY – E-Tech Missions Founder Jon Moody spent four years (2008-2013) on mission with the International Mission Board (IMB) in Mali, The Ivory Coast, Ghana, and Burkina Faso. During that time he had many opportunities to reach the unreached for Christ. However, Moody said a huge challenge was having resources to give the unreached in their heart languages – the language a person grows up with, would speak in his or her home and would most like pray in.

The issue came to a head when Moody was hoping to find audio gospel resources for a family friend, Baraka, in her heart language while on furlough in the United States. But this family friend died, likely from congestive heart failure, before Moody returned to the mission field.

Feeling burdened by the inability of local missionaries to provide gospel materials to the unreached in their heart languages, Moody started E-Tech Missions shortly after leaving the mission field. The sole purpose of the non-profit missions organization is to provide SD Cards (for cell phones), solar audio Bibles and other audio resources in unreached people groups’ heart languages.

“Working for the IMB, we saw the need for heart language audio resources,” Moody said. “Even with all the written heart language material available there is the challenge of the high illiteracy rate. So even if a Bible is translated in a heart language, to many it is just a book full of signs and symbols.”

Moody said the organization teams with national mission organizations and church planters to provide resources to reach their field more effectively. The solar Bibles are the size of a smart phone and are simple in design with a play function and are tamper proof. They are loud enough to be used by an entire group of 50-60 people. After being recharged by the sun, the audio Bible is able to be used for hours and has the functionality for the user to skip to a book, chapter and even verse.

“Because it is in the heart language,” Moody said, “even those who are animistic or Muslim are attentive and want to listen, as it may be the only thing they have heard in their heart language.”

So far Moody has led two trips bringing the resources to Ghana and the Ivory Coast last year, and he led a trip to Mali this year. Moody is currently planning another trip to North Africa in partnership with another mission organization.

A typical mission trip involves meeting with national missions leaders connected with the IMB or Reach the Rest (a missions organization focused on reaching unreached people groups using national church planters). Next, Moody works alongside local missionaries and church planters handing out the resources and at night presenting the Jesus Film in the groups’ heart language.

Moody relayed a story of speaking with a woman in Northern Ghana who said she did not have enough “light” (knowledge) to get to heaven. Thankfully Moody was able to provide her with an audio solar Bible, and she made a profession of faith the next morning during invitation.

Moody charged all churches, small groups and individuals to find ways of supporting missions to unreached people groups. He does not claim that if he had the resources his friend Baraka would have been saved, but being able to reach groups in their heart languages has opened doors among some who would otherwise have never been reached.

Currently E-Tech Missions is partnering with churches in Arkansas, Missouri and Kentucky. He said that those who wish can partner with E-Tech Missions by either praying or providing resources. Moody is a bi-vocational missionary and works as chief of security at Midwestern Baptist Theological Seminary, Kansas City. For more information about E-Tech Missions, go to www.etechmissions.org or email Moody at jmoody@etechmissions.org.