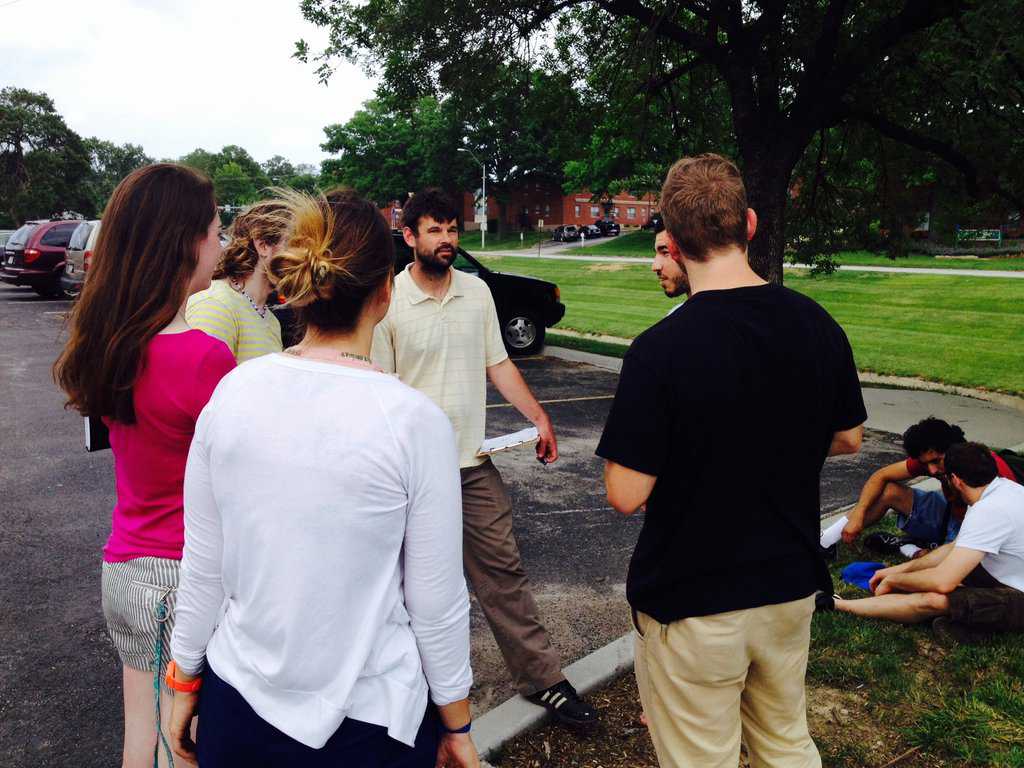 KANSAS CITY – A dozen interns sent out by the Missouri Baptist Convention are discovering a world of lostness in Kansas City and St. Louis.

Last month, these interns began a 10-week canvassing initiative, a joint project of the Missouri Baptist Convention, the North American Mission Board (NAMB), the International Mission Board (IMB), the Blue-River Kansas City Association and the St. Louis Metro Baptist Association. Through this project, which is funded by the Cooperative Program, these interns are finding answers about the populations of both cities: Where do lost people live? Did they move from overseas? What are their religious beliefs? Would they like to be part of a Bible study? Would they like to host a Bible study in their homes?

Applying lessons learned during last summer’s canvassing project, the 2014 teams have already begun to establish Bible studies that may open doors to draw people to the gospel and that, someday, could possibly develop into churches. In fact, interns will try to start Bible studies only a week or two after hearing that a family is interested in hosting one in their home.

MBC Evangelism-Discipleship Strategist Mark Snowden, who envisioned this canvassing project, praised the commitment of the canvassing interns and of their team leaders, Andrew Heusing in Kansas City and Matt Clark in St. Louis.

“We’re seeing young people engaging the lost and developing a heart for specific people groups on a level we’ve never seen before,” Snowden said about the interns. “I believe the Lord could call them to work full-time among those (people groups they engage in the canvassing project) – either here, in Kansas City and St. Louis, or overseas.”

Many of the interns, in fact, know more than one language and have already served on mission projects overseas, Snowden said. Their skills and experience is advantageous as they interact with people from across the world who now live in Kansas City and St. Louis.

Heusing agreed. Because of their previous experience overseas, some interns in Kansas City have had the language skills and cultural understanding to research family ties among internationals and to interact with internationals at various religious centers. So far, the team estimates that nearly 8,000 Somalis, 7,000 south Sudanese, 200 Iraqis and as many as 20,000 Vietnamese live in Kansas City.

“We’re getting a clearer and clearer picture of probably 23 people groups that have sizeable populations,” Heusing said.

As they find information about various people groups living in both Kansas City and St. Louis, MBC interns report the information to www.peoplegroups.info. The canvassing project will come to a close at the end of July and beginning of August.