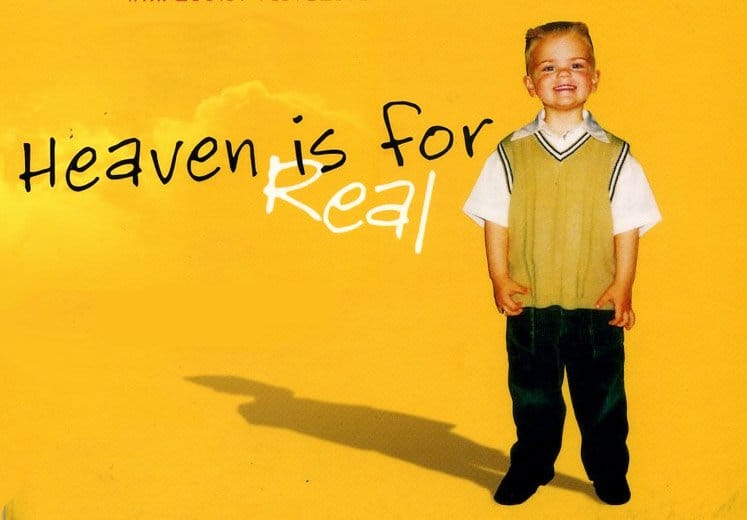 NASHVILLE (BP) – Southern Baptists have mixed reviews of “Heaven Is For Real,” a Sony Pictures movie released April 16 about a 4-year-old boy who claimed he was transported to heaven as he underwent emergency surgery.

Commentators said the movie presents opportunities for evangelism and considering the Bible’s teaching on heaven. But they also warned that the film is theologically inaccurate and reveals Christians’ propensity to trust “fanciful” accounts rather than rely on Scripture’s teaching about heaven.

Taylor Worley, assistant professor of Christian thought and tradition at Union University in Jackson, Tenn., told Baptist Press the film may prompt valuable discussion among Christians and non-Christians. He has not seen the movie and said all teaching on heaven should align with Scripture.

“No film will ever replace the foundation for belief that we have in God’s Word, and any attempt at fully representing the afterlife will certainly fall short,” Worley, who has written and lectured on movies, said in written comments to BP.

The movie is based on a 2010 book with the same title that rose to the top of the New York Times bestseller list and sold 10 million copies. Written by Nebraska Wesleyan pastor Todd Burpo, the book tells how Burpo’s son Colton had an emergency appendectomy and awoke claiming he had been to heaven.

In heaven, Colton claimed he sat on Jesus’ lap, learned about a coming battle with Satan, saw Jesus sitting at the Father’s right hand and realized God is a Trinity. Among the book’s assertions that some have called unscriptural: Colton said he received a halo and wings in heaven and met the Holy Spirit, who is “kind of blue.”

“Paul tells us in Romans chapter 1 that people avoid the hunch they have that God is real and even suppress the most important questions in life – questions like what happens to us after we die,” he said. “If a film can cause a person to pause and more fully explore that question for at least an hour and a half, then we have a clear and viable entry point for sharing our hope in Christ.”

Some Southern Baptists are skeptical about Heaven Is For Real. Alabama pastor David Platt said evangelicals’ receptivity to such stories is troubling.

“Make no mistake: there is money to be made in peddling fiction about the afterlife as nonfiction in the world of Christian publishing today,” Platt, pastor of the Church at Brook Hills in Birmingham, said in a 2013 video that has become popular on social media in advance of the movie’s release.

“All of that shows our level of discernment in the church today on this topic is extremely low, because the whole premise behind every single one of these books is contrary to everything God’s Word says about heaven.”