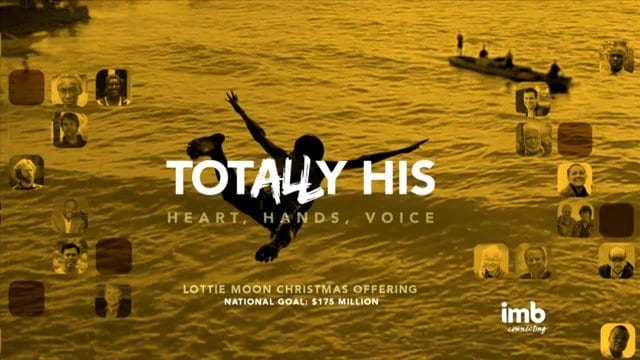 JEFFERSON CITY – A chill is in the air, and that means carols, pageants and the Lottie Moon Christmas Offering for International Missions. The Missouri Baptist Convention (MBC) has set a statewide goal of $4 million for 2013, working out to about $7.60 per Baptist church member and a little over $2,100 per Baptist church in Missouri.

Every penny of the offering goes to the International Mission Board’s (IMB) overseas budget, thus supporting our missionaries and their work. Lottie Moon funds represent 53 percent of the IMB’s budget, the rest coming from the Cooperative Program and other gifts. The 2013 theme is “Totally His – Heart, Hands, Voice” based on Matt. 22:36-49.

According to IMB’s statistical data there are 4,743 people groups that are not engaged with the gospel at all and 6,426 “unreached” people groups with less than 2 percent of professing a personal relationship with Jesus Christ.) More than 1.7 billion people still have little or no access to the gospel.

Lottie Moon was a Southern Baptist who was a 39-year missionary to China. She died aboard a ship in the Japanese harbor of Kobe on Dec. 24, 1912. She was 72.

The national “Week of Prayer” for the offering is Dec. 1-8. Churches can order or download promotional materials at www.imbresources.org or order them at www.mobaptist.org/wmu or by contacting the Missouri Baptist Convention at 1-800-736-6227 ext. 324 or sparis@mobaptist.org. The MBC has offering envelopes, prayer guide bulletin inserts and posters.