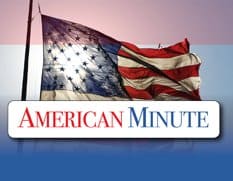 In order to thank God for the First Amendment, which was passed but Congress, September 25, 1789, President George Washington issued a week later the first National Thanksgiving Proclamation, October 3, 1789:

“Whereas both Houses of Congress have by their joint Committee requested me ‘to recommend to the People of the United States a day of public thanksgiving and prayer to be observed by acknowledging with grateful hearts the many signal favors of Almighty God, especially by affording them an opportunity peaceably to establish a form of government for their safety and happiness;'”

“Now, therefore, I do recommend … Thursday, the 26TH DAY of NOVEMBER … to be devoted by the People of these United States to the service of that great and glorious Being, who is the beneficent Author of all the good that was, that is, or that will be…”

“That we may then all unite in rendering unto Him our sincere and humble thanks … for the peaceable and rational manner in which we have been enabled to establish constitutions of government… particularly the national one now lately instituted, for the civil and religious liberty with which we are blessed … to promote the knowledge and practice of true religion and virtue.”

(Brought to you by AmericanMinute.com)