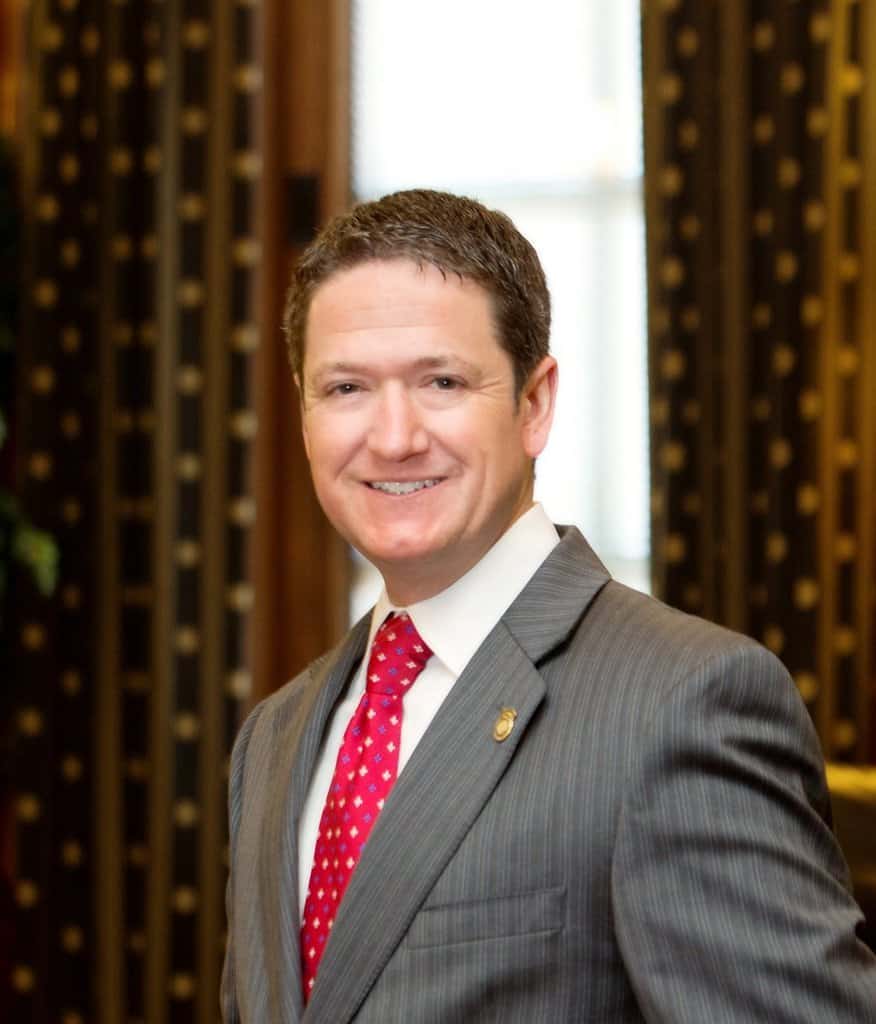 JEFFERSON CITY — For the first time in recent memory, the Missouri Speaker of the House visited the Baptist Building and spoke to the Missouri Baptist Convention (MBC) Executive Board at its April 9 meeting.

Speaker Tim Jones, R-Eureka, delivered a 13-minute speech in which he traced current concerns and outlined the healthy condition of alliances, particularly between his Catholic denomination and Missouri Southern Baptists.

“There are a lot of common elements we’ve been working on together in a bi-denominational or non-denominational way,” Jones said. “One of those is religious freedom.”

One of his top priorities as speaker is to protect Senate Bill 749, which is viewed by many Christians in Missouri as non-negotiable in the fight to protect religious liberty. It is a landmark state law that aims to defend the First Amendment in the context of it being disregarded within the abortion mandate that is nestled in the 35,000 pages of regulations within the Affordable Healthcare Act, otherwise known as ObamaCare.

Attorney General Chris Koster has decided not to appeal a ruling by a federal judge who said the law conflicted with a federal requirement for contraception coverage.
Koster’s decision was met with dismay by Jones and Missouri pro-life and religious liberty leaders.

“We are deeply disappointed in the attorney general’s decision and it is one that will
raise eyebrows among all religious freedom-loving Missourians,” said Don Hinkle, MBC director of public policy. “Unfortunately, General Koster appears to have let his political views trump the common sense values of the people he was elected to serve.”
Jones, a lawyer, is unyielding in his defense of the First Amendment.

“It’s why those early settlers risked literally life and limb to cross an ocean on wooden ships hundreds of years ago because they wanted to practice their faith,” he said.

Jones said healthcare premium costs are rising while access to healthcare is shrinking. Many states are fretting about how it will all turn out.

Jones is charged with monitoring about 1,500 pieces of legislation in any given session of the Missouri General Assembly. He does so with a strong majority thanks to 110 members of the Republican caucus and maybe 15-20 Democrats who typically vote with them. Every working day begins with prayer and the Pledge of Allegiance, setting the proper tone for the representatives to work on the following priorities which Jones said amount to God, country and defending the taxpayer.

With a stated agenda of economic development, energy and education, the House members embark on a series of fiscally prudent votes that protect the values of the majority of Missourians, Jones said.

Kerry Messer, legislative liaison for the MBC’s Christian Life Commission, brought Speaker Jones to the Baptist Building and closed his presentation in prayer for him, that “he could pursue those things which are righteous, which bring glory and honor to You.”