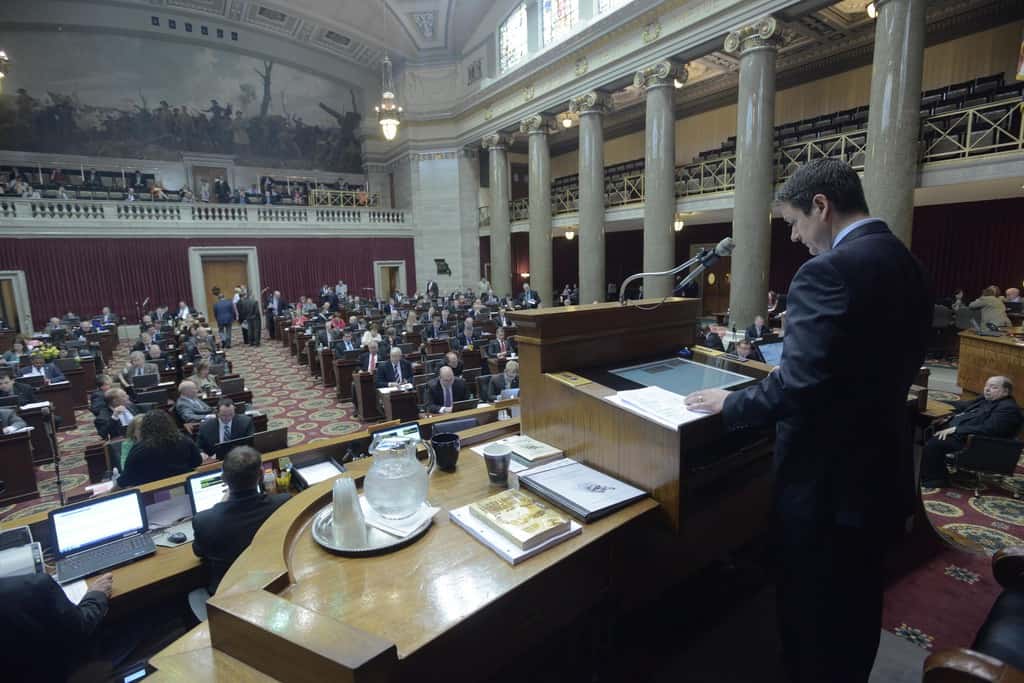 JEFFERSON CITY – Much of the state’s public policy may be contingent on the outcome of two liquor control bills before the General Assembly which address liquor law regulations struck down earlier by a federal judge.

He said that much of the state’s controls rest on heavy regulations on the middle men – the distributors – which, in effect, help control producers and retailers.

“The success for several decades has been a very stringent residency requirement to be a liquor distributor in Missouri,” he said. The requirement was upheld in Missouri court multiple times over a period of many years.

“However, a recent federal court judge has tossed out this residency restriction and, in effect, has created a potentially crippling impact on our state’s liquor regulatory structure.”

Messer reported that huge out-of-state liquor conglomerates are now influencing dozens of the state’s high dollar and most influential lobbyists whose goal is to prevent passage of bills which would reinstate Missouri’s requirements and preserve the regulatory structure.

“Once invested in the profit taking of Missouri’s alcohol consumers, this billion dollar industry could take over and control the vast majority of public policy development,” Messer said.

Two bills have been introduced that would prevent that.
Sen. Mike Parson, R-Bolivar and a member of First Baptist Church of Bolivar, is sponsoring Senate Bill 365. Rep Caleb Jones, R-California, has introduced House Bill 759.

“The failure of these bills will result in some of the nation’s largest and most aggressive liquor industries to take over Missouri’s alcohol operations and regulatory structures,” Messer said.

“Missouri Baptist churches must engage in communicating to lawmakers the immediate need.”