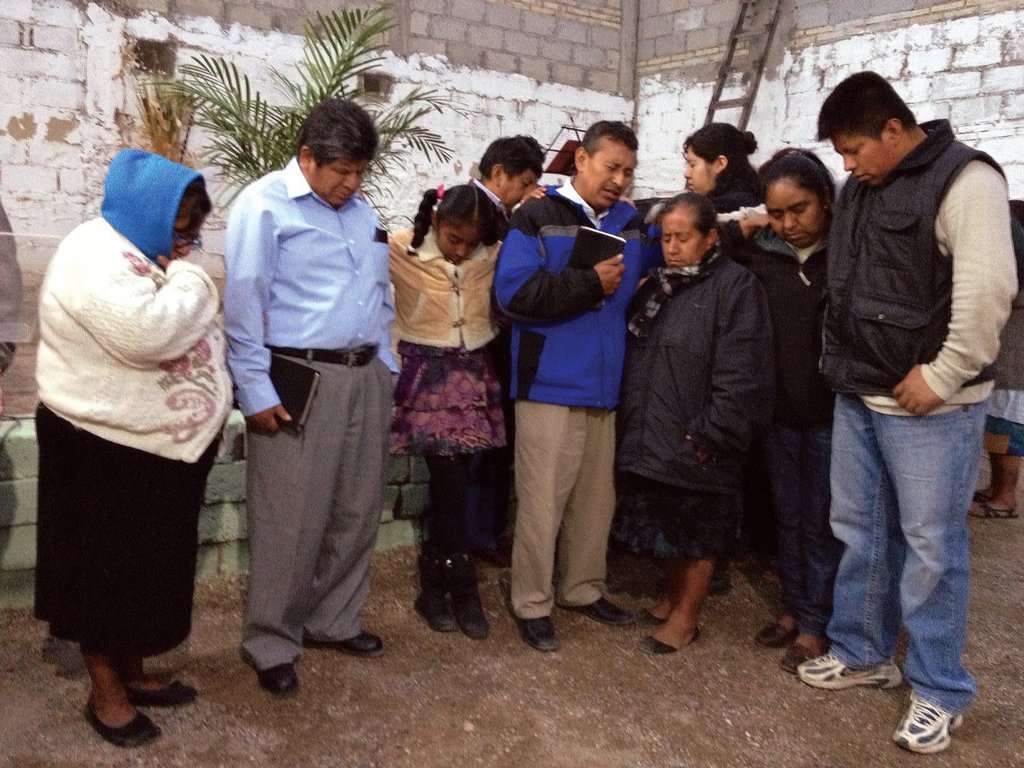 PUEBLA, Mexico – Angel Gonzalez hopes to provide counseling, legal advice, and English as a Second Language to his neighbors in the community of La Luna.

Abednego Tamariz has a heart for the indigenous Nahuas people of San Miguel and is sharing the love of Christ with many who are enslaved by alcoholism, drug addiction, and domestic violence.

Mauro Lara is grieved over six communities within driving distance of his home in the city of Puebla that have little or no evangelistic presence.

These three pastors are among dozens throughout the states of Puebla and Tlaxcala who are on mission to see the Great Commission carried out in one of Mexico’s most populous areas.

Sergio Rebollar Oropeza serves as president of the Puebla/Tlaxcala Regional Baptist Convention, which has cast a vision to baptize 10,000 new believers and plant 100 new churches by the year 2020. Since launching the vision nearly three years ago, the convention’s churches already have started 50 new missions and baptized 800.

But they’re counting on Missouri Baptist churches to help reap the harvest.

The fields are white
The Puebla/Tlaxcala convention consists of churches in two states situated east of Mexico City – Puebla and Tlaxcala. The city of Puebla, capital of the state by the same name, is one of Mexico’s largest with an estimated 2 million people. There are roughly 6 million people in the state – the vast majority without the gospel. Tlaxcala is less populous but equal in spiritual darkness, according to Rebollar.

For example, there are 282 municipalities – similar to U.S. counties – across the two states, but only 34 have Baptist churches. Most of the region is nominal Roman Catholic or simply unchurched.

Sixty of the convention’s 80 Baptist churches are taking part in the ambitious 2020 vision, and Rebollar hopes the rest will join them.

But it’s not just Mexico’s vision. The Missouri Baptist Convention (MBC) has entered into a partnership agreement with the Puebla/Tlaxcala convention to work side by side with the 60 churches in Mexico to plant churches, train leaders, conduct door-to-door evangelism, host vacation Bible schools and much more.

The joint effort is part of the MBC’s Partnership Missions under the direction of Rick Hedger, whose role – and passion – is to help engage believers from Missouri’s 1,900 Southern Baptist churches in missions throughout North America and around the world.
The MBC currently is engaged in partnerships in Puebla/Tlaxcala, the Western Gateway Cluster of West Africa, Upstate New York, Iowa, and Northern Ontario. Previous partnerships have included Romania, Belarus, Central Asia and El Salvador.

Vision trips are here
Hedger just returned from his third vision trip of 2013. These are week-long visits with convention leaders, pastors and laypersons throughout Puebla/Tlaxcala, and they include Missouri pastors exploring ways their churches can arrange short-term mission trips to help the churches in Mexico reach their 2020 goals.

One such Missouri church leader is Jason Walters, student pastor at Canaan Baptist Church in St. Louis. He is bringing a team to Mexico in July and met recently with more than a dozen church leaders to hear what is on their hearts and to decide the best fit for a partnership.

He’s looking specifically for ways to assist with church planting and collegiate ministries.

“We are at God’s disposal,” said Walters. “Where he sends us, we will go.”
Forging relationships

Once a partnership agreement is struck, the Missouri Baptist church or association works directly with its partner church in Mexico for a set period of time, carrying out mission activities the host church in Mexico designates.

As Hedger noted at a gathering of Mexican pastors during a vision-casting meeting in a food court in a Puebla mall, “We are here to do what you need help doing, not what we decide you need help doing. Our heart is to share the vision God has given you and to work alongside you to carry that vision out.”

Hedger further emphasized, “It is our desire that a Missouri Baptist church partner with every church in Puebla/Tlaxcala that wants a partner.”

How to be a partner
To become a partner, a Missouri Baptist church must:
• Agree with the 2020 vision of the Puebla/Tlaxcala Convention, as well as the specific goals of the church it is partnering with in Mexico. In other words, the Missouri church must be all about church planting and evangelism/discipleship.
• Commit to sending a team at least once a year to assist in church planting or evangelism; this could include Vacation Bible School, door-to-door evangelism, leader training, music ministry, etc.

It is equally important that a partnering church understand what the MBC will not do.

“We will not pay salaries for pastors or other church leaders, and we will not pay to construct church buildings,” said Hedger. “These well-intentioned missteps would conflict with the way Southern Baptist missionaries operate in Puebla and Tlaxcala. It would create unnecessary barriers for us, for the partnering churches, and for our full-time missionaries on the field.”

Hedger is burdened for millions in Puebla and Tlaxcala who have never heard the gospel.