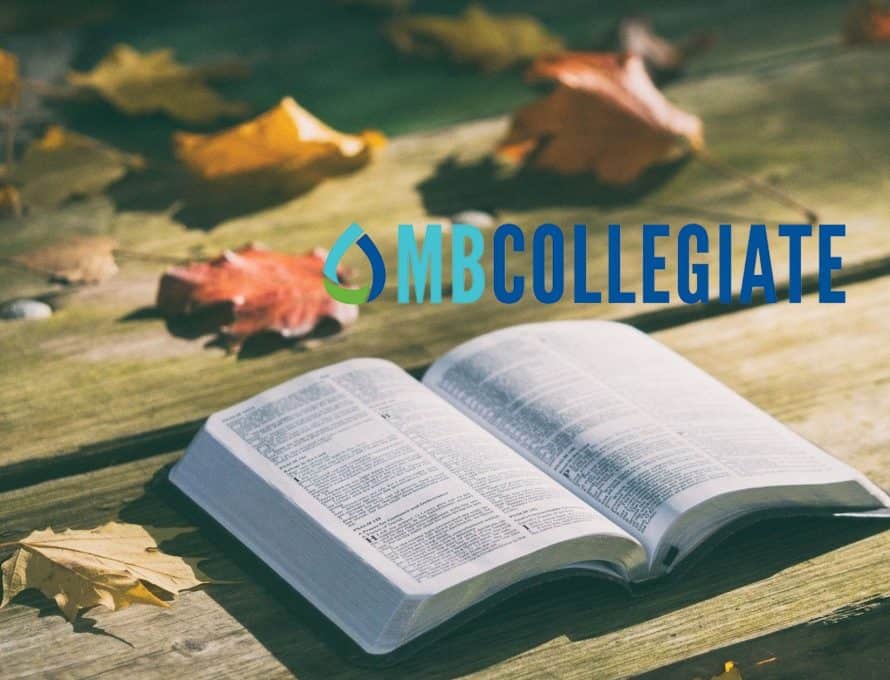 WARRENSBURG – Getting the Word of God into the ears, hands, minds, and hearts of college students is one of Campus Missionary Jerome Stockert’s key objectives in his ministry at the University of Central Missouri in Warrensburg, Missouri. “I’m a very strong believer that God’s Word can change us and draw us in because it’s His Word,” he says. Something as simple as a Bible on a coffee table can radically transform a life – Stockert knows this, because that’s his story.

Stockert grew up in North Dakota with no exposure to church or religion other than his Catholic grandparents. After his parents divorced, his mom fell into drugs and alcohol. Stockert took the insurmountable weight of caring for his younger siblings and paying the bills onto his young shoulders.

When he was 17, “things went from bad to worse,” he says. Coming home from work late one night, with his mom in treatment for drugs and his siblings at friends’ houses, Stockert seriously contemplating ending it all. In a house with firearms and drugs at his fingertips, he only had to decide how. “I was that desperate,” he recounts.

On the coffee table of their house sat the Bible given to their family by his grandparents’ priest when they insisted on his baptism as an infant. No one in the household had ever read. That night, while deliberating on how to end his life, Stockert picked it up and mindlessly fingered the pages.

The Bible fell open to Psalm 46. Verse 1 caught Stockert’s attention. “God is our refuge and strength; a very present help in trouble.” Stockert knew he was in trouble, and he knew he needed refuge and strength. “I prayed for the first time ever,” he says. “I got down on my hands and knees and told God how bad I was hurting. I told Him, ‘I know I’m not a good guy. I’m sorry. I need your help.’”

A few months later, Stockert began college at Arkansas State University. A friend invited him to the BSU’s free lunch. Through that, he connected to a local church. One night, the pastor was talking about how to become a believer. “The light bulb went off,” says Stockert. “I realized that what he was talking about was what I had done that April in my living room. I had gone through the plan of salvation – repent and believe – without realizing it.” Stockert made a public profession of faith that night. His college minister led him through a scriptural understanding of baptism, and he was baptized a couple months later.

As a pre-med student with a life-long desire to become a doctor, Stockert stayed connected both to the BSU and the local church throughout college. “I was trying to grow and understand what it means to be a follower,” he says. “That was the springboard for me as far as knowing Christ.” Between the influence of his college minister, local pastors, and a solid group of friends, Stockert’s faith continued to grow, and his rough edges began to smooth.

As graduation approached, Stockert realized he had never asked God what He wanted for his life. He began praying, and God began moving. “At first I was scared of His answer,” Stockert says, “So I stopped praying. Fortunately, a couple people did some spiritual butt-kicking.”

Convinced that God was leading him away from medicine but unsure of what was next, Stockert switched paths to pursuing teaching. By this point, he was BSU president at ASU and president of the state BSU council. After a state council meeting, the state director for student ministry, David James, took him out to lunch and asked him to consider doing semester missions. Stockert didn’t even know what it was, but after talking to his girlfriend, Andrea, he applied.

Stockert was accepted and moved to Arizona to work under campus minister Keith Henry at Arizona State. “That cinched it,” Stockert says. “God used that experience to show me my calling to vocational ministry.”

After Stockert and Andrea got married, they went to seminary in Ft. Worth. Since then, Stockert has served in college ministry all over the country. He’s been a campus minister on multiple campuses, a college and young adult pastor, an area college ministry director in Pittsburg, and a church planter of a church targeting young adults. “Every time God moves us, He seems to give us a holy discontent,” he says. “Not a dissatisfaction with the ministry but a sense that it’s time for us to go.”

That’s what happened in 2020 when he came across the BSU Director opening at University of Central Missouri. “As we prayed about it, it fit and connected. We felt the Lord directing them and directing us.” He started in July of 2020.

The ministry had experienced a lot of turnover over the last few years, with a couple of interim directors and a military reserve campus missionary who was deployed in the middle of his 4-year stint at UCM. “There was a lot of good stuff happening; there just hadn’t been a lot of stability,” says Stockert. He realized the ministry would need a reset to establish their DNA with the small core group of students and gain momentum.

Despite the challenges of the pandemic, the year has been fruitful. “We’ve had to be more deliberate,” he says. In the absence of typical large gatherings, they’ve focused on one-on-one or other small group settings and spiritual conversations. They’ve had an abnormally large number of gospel appointments. “Our students are connecting with people and sharing their testimonies,” he says.

Recently, they conducted an Easter survey on campus, putting the gospel on display before students as they answered questions with push pins on a bulletin board. “We shared the gospel probably 80 times,” Stockert says. Roughly twenty students said “yes” to learning more about Jesus. They also set out Bibles free for the taking. Two young women took Bibles, something that excites Stockert. As is evident in his own life, “God’s word does not come back void,” he says. “Anytime we can get Scripture in any way to students – it’s a good thing. God’s spirit works in them,” he says.

As he looks toward the future, Stockert simply hopes to bring the gospel to students and help them have the strongest aroma for Christ that they can as his life verse, 2 Corinthians 2:14-16, talks about. Despite all the moves over the last three decades, God continues to keep him working with young adults.

“The people who made a difference for me were older – 40s+,” he says. “When I was in college, they provided stuff for me that I really needed. Hopefully, I can be that for some others.”