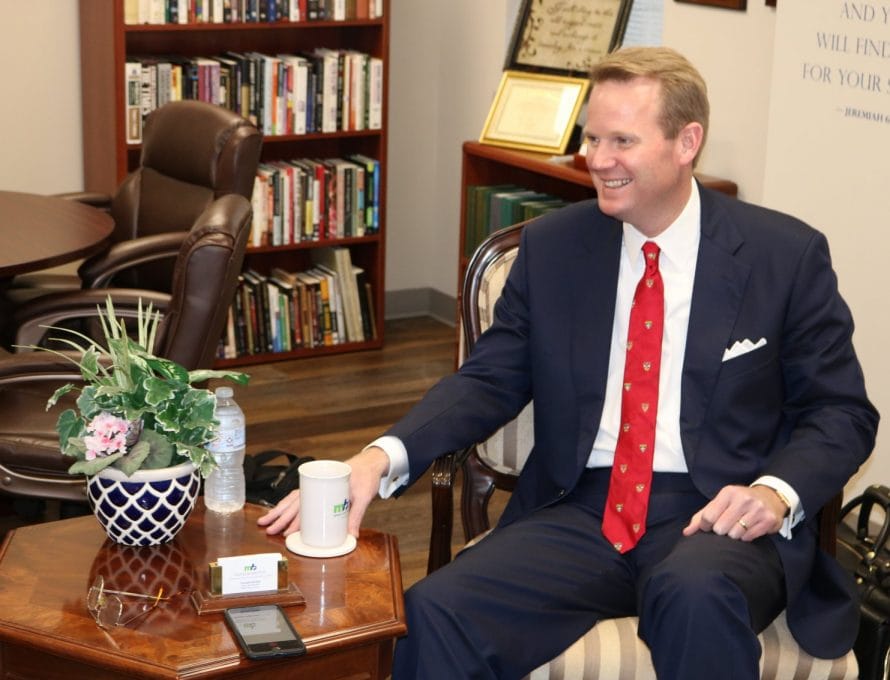 Klemens von Metternich was one of Europe’s greatest statesmen during the 19thCentury. Both as foreign minister, and then for nearly three-decades as chancellor of the Austrian Empire, his statecraft shaped Europe and prevented numerous wars. Most consequentially, Metternich presided over the Congress of Vienna in 1814-15, which determined the post-Napoleonic configuration of Europe. His era came to be known as the “Age of Metternich.”

Metternich observed that nation-states are motivated to act in their own best interest. That principle outlasted the man himself and, during the Cold War, it informed the United States’ posture toward the Soviet Union. The doctrine of Mutually Assured Destruction surmised that neither superpower would force a direct confrontation, knowing there would be no winner. In other words, it was in both countries’ best interest to avoid war in light of the destruction it would surely bring.

This foreign-policy calculation was upended by the Age of Terrorism. With terrorism, there often is no state sponsor, thus, no identifiable nation-state against which to retaliate. The loss is imbalanced. A nation, like the United States, has everything to lose while an extremist, in a cave plotting an attack, has next-to-nothing to lose.

With the arrival of the internet and, in particular blogging and social media, a similar scenario has developed in the online world. There’s an imbalance of loss when public accusations are made. The one who leads a public ministry has everything to lose, while an anonymous blogger has nothing to lose.

This new reality is causing chaos in the Southern Baptist Convention. False accusations are circulated online daily. Ironically, some of these instigators aren’t even Southern Baptist. Nonetheless, they malign SBC ministries and sully the reputations of those who lead them. And, for Southern Baptists, our cooperative work is being threatened.

To Respond or Not to Respond? The Minister’s Catch-22

Complicating matters is whether or not one should to respond to a false accusation. It is simply a catch-22. The larger the ministry platform one has, the greater the dilemma. Whichever way you choose to respond, you lose. There is no upside.

If you choose to respond, you give oxygen to the story. You’ll draw more attention to the false claim and protract its news cycle. You’ll extend both the range and the duration of its reach. You’ll generate more clicks for the website, which is often exactly what the accuser is after anyway.

Additionally, responding (and all that response might entail) takes time, and that’s time most Christian leaders don’t have to waste. Even worse, to respond can be dirty. As Adrian Rogers warned, “You can’t wrestle with a skunk and come out smelling like a rose.”

Yet, if you don’t respond, onlookers may conclude the article is accurate. People may interpret your silence as a tacit admission of guilt. What is more, the lie may continue to be repeated. And, as Adolf Hitler famously reflected, “If you tell a big enough lie, and tell it frequently enough, it will be believed.”

When it Happens to You

In recent days, I experienced such an attack. It’s not the first, and it won’t be the last. Inexplicably, an anonymous website published an anonymous article that cited anonymous sources. From start to finish, the article was a complete lie. It wasn’t a misunderstanding or even a slight misrepresentation. It was a complete fabrication. It was entirely apocryphal, a total lie. Its intent was to slander me, to impugn me, and to do me harm.

I demanded this person produce evidence or retract the article and publicly repent. After 24 hours of pressure, the article was retracted and something of an apology was issued. It was a small, qualified victory in a larger struggle the SBC seems to be losing.

Yet, we must be careful not to unwittingly suppress means of accountability, especially when it comes to matters of doctrine. As Southern Baptists, we know the high price of assuming doctrinal integrity. We dare not be asleep at the wheel theologically. Thus, I’d rather serve in a confessional community too concerned about doctrinal compromise than one apathetic about the same.

Moreover, Southern Baptists have a right to know what their leaders believe, how their entities operate, and why they make the decisions and take the positions they do. Most especially, they have a right to know what their seminaries teach. And it’s actually easy to know.  Look to the confessional statement(s) the seminaries require their faculty to affirm. There might be more work to do, but that’s the right place to start.

When in Doubt, Ask Questions

The primary context of my accountability within the SBC is the Midwestern Seminary Board of Trustees, but it doesn’t end there. I field questions from Southern Baptists