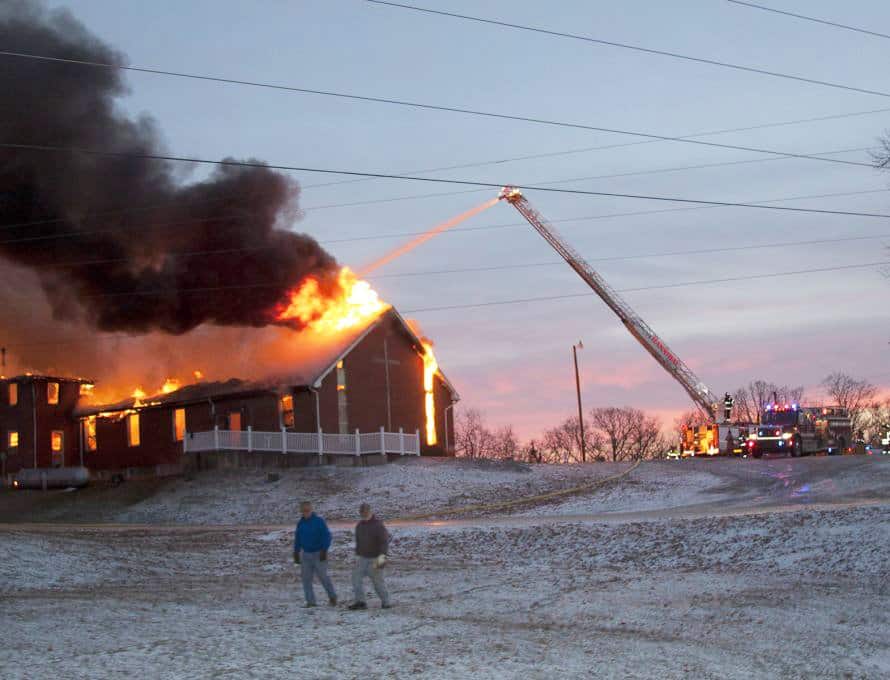 HANNIBAL – Only a few days before Christmas, 2016, Antioch Baptist Church here lost their building to a fire. Pathway photo by Becky Turner

HANNIBAL – Antioch Baptist is living proof of Isaiah 61:3, which says in part that God gives “beauty for ashes.”

The church has a larger, new building and parking lot replacing the structure destroyed in a fire in December, 2016.

Rev. Jack Emmite, pastor of the church said the congregation moved in April 7, although it isn’t completely finished.

“It’s enough for us to function in,” Emmite said.

The new building features a total of 20,000 square feet on the two levels, an upgraded sound system, more classroom space, handicapped accessibility, and LED lighting. The church has no mortgage. 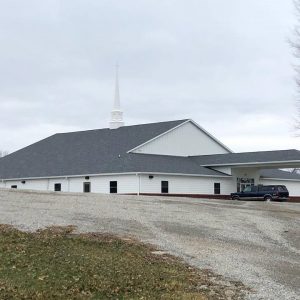 HANNIBAL – Antioch Baptist Church here, which lost its old building in a fire in 2016, is celebrating their recent opening of a new house of worship, shown here. Submitted photo

“It’s a modern facility with room to look for new ministries,” Emmite said. “The excitement is growing on the ministry possibilities.”

The church will have a dedication ceremony, probably the afternoon of June 23.

“Our first Sunday in here, we were filled, but we had a lot of visitors.”

To make room for the new building and expanded parking, a parsonage, a youth minister was using was razed.

“We’ve used every bit of the property we could and picked up more parking.”

For the first Sunday – Christmas Day, 2016 – after the fire, the church met in the Smith Funeral Home in Hannibal. After that through March this year, they met in a Seventh Day Adventist Church in Hannibal.

“They were very gracious to us,” Emmite said of those who temporarily housed the church.

“We met new friends and they keep in touch with us. We hope to have some of them back at the dedication.”

But Emmite said the congregation themselves has done a lot of the work in the new facility.

“A lot of our own folks have invested their time and energy. We put in blood, sweat, and tears. We feel like we own it (because of the work the congregation has done.)”

Emmite is still getting used to being in the new building after several years in the older building, and two temporary places since then.

In mid-May, a four-day revival was held and several decisions were made.

“We’re so blessed and thankful to God,” Emmite said.