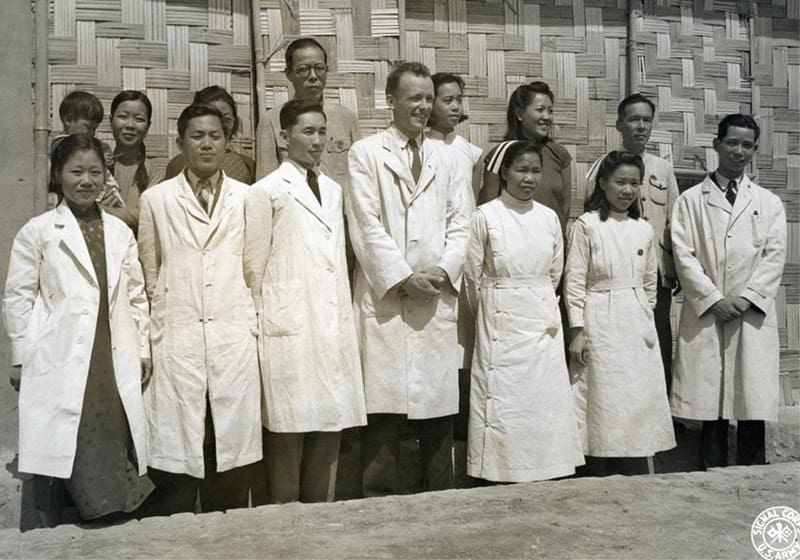 EDITOR’S NOTE: This is the fourth article in a year-long series, commemorating the history of the Conservative Resurgence of the Southern Baptist Convention (SBC) in honor of its 40th anniversary. To read the previous article in the series, click here: “Monkey business: As liberalism increased in SBC, evolution debates motivated adoption of BFM 1925.”

ECUADOR – In a large photo crossing the fold of the Jan., 30, 1956, edition of LIFE Magazine, five young widows huddle together in a crowded kitchen as they learn how their dead husbands’ bodies were discovered in the jungles of Ecuador. Children sit on the women’s laps or lay on their shoulders. One of the widows lowers her head and covers her face in grief and weariness. 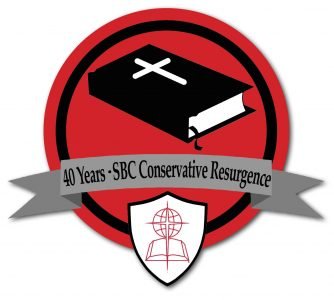 “Go ye and preach the gospel,” the article’s headline reads: “Five do and die.” The martyrdom of these five non-denominational evangelical missionaries, speared to death by the remote Auca Indians of Ecuador, shocked Christians throughout the United States. The now famous martyrs included Jim Elliot, Peter Fleming and Edward McCully, who were sponsored by the Christian Missions in Many Lands, as well as Roger Youderian of the Gospel Missionary Union and Nate Saint of the Missionary Aviation Fellowship. Their deaths exemplified the passion with which 1950s evangelicals proclaimed the gospel among the nations.

“Our orders are,” Elliot said before his death, “the Gospel to every creature.”

Southern Baptists at the time shared this passion for evangelizing the world, and they were no strangers to the risks involved. But during this time they also began to discover, in Southern Baptist seminaries, liberal views that threatened the faith for which these missionaries lived and died.

On Feb. 2, 1956, only a few days after LIFE Magazine’s exclusive coverage of the evangelical martyrs in Ecuador, Baptist Press reported that riots in the Middle Eastern nation of Jordan damaged a Southern Baptist mission hospital and threatened its staff. But missionaries there remained faithful amid the violence: “I’d rather die in my place than live a million years with the memory that I had run away,” one of them wrote home.

Five years earlier, on Feb. 10, 1951, another Southern Baptist missionary was discovered dead in a Chinese prison cell. Despite dangers caused by the communist take-over of China in the 1940s and the beginning of the Korean War in 1950, Bill Wallace – a 43-year-old doctor with the SBC’s Foreign Mission Board (FMB) – refused to flee the country. As a result, he was arrested by Communist officials on trumped-up charges and imprisoned. He was mocked, beaten, prodded with bamboo sticks and ultimately killed.

After hearing of his death, few Southern Baptist leaders believed Chinese claims that Wallace had hung himself. One of his colleagues, who was allowed to view his body, found little proof of suicide, but much evidence of abuse.

Wallace’s captors “have tried to get rid of the witness” of his life, Foreign Mission Board Executive Secretary Theron Rankin told Southern Baptists. “But that is precisely where they fail. Bill Wallace’s witness of God’s love in Christ has been made immortal.”

And in the decade after Wallace’s death, Southern Baptist efforts to reach the nations only intensified. Rankin called for a Global Missions “Advance” among Southern Baptists, and his successor – Baker James Cauthen, who came to the office in 1954 – likewise declared, “It is only as we march together as a mighty army in a program of worldwide witness for Christ that we can preserve and enrich the spirit of evangelism which means so much to us.”

Also, on the home front, Southern Baptists expanded their efforts to reach men and women. With the “Million More in ‘54” campaign, they aimed to draw one million men and women into churches throughout the nation. Though they didn’t reach this lofty goal, the net increase in Southern Baptist churches because of this campaign reached 597,361 people.

But, during the same decade, doctrinal threats to Southern Baptist evangelistic efforts also became more evident. As Anthony Chute, Nathan Finn and Michael Haykin write in The Baptist Story: From English Sect to Global Movement (B&H 2015), “Since the denomination’s identity centered on programs more than on theology, opportunity arose for the encroachment of liberalism even though most Southern Baptists were doctrinally conservative.”

Salvaging the faith – or wrecking it?

By the 1950s, liberalism had been seeping into Southern Baptist seminaries for decades. But, according to The Baptist Story, “As younger Southern Baptist scholars who were educated with postwar G.I. Bill funds began to push a leftward theological agenda in denominational colleges and seminaries, convention leadership began inching to the left as well.”

At the Southern Baptist Theological Seminary in Louisville, Ky., Professor Eric Rust was criticized at this time for teaching that the virgin birth of Christ was simply a myth. Then, in 1958, Southern Seminary trustees fired a group of twelve liberal professors – dubbed the “Dirty Dozen” – during a controversy that came to be called the “Lexington Road Massacre.”

In fact, although theological views lay at the root of this controversy, the argument wasn’t between conservatives and liberals, according to historian Gregory Wills. Southern Seminary President Duke McCall, as well as most of the faculty, rejected the conservative view of Scripture’s inspiration and inerrancy. But the Dirty Dozen “wanted a school in which the professors were free from the theological constraints imposed by the popular sentiments of the denomination,” Wills writes.

By contrast, McCall realized most Southern Baptists didn’t want to be “cured” of their conservative views. He also “recognized the justness of denominational control,” Wills writes. “Southern Seminary was not an independent seminary and had no right to act like one. The seminary should shape its academic program in deference to the denominational context.”

Of course, liberal professors in SBC seminaries likely had no desire to harm the convention. Instead, they wanted to save it. Ralph Elliot, a liberal scholar at Midwestern Baptist Theological Seminary who would be the center of controversy a few years later, expressed this view: Southern Baptists must open their minds to liberal theological views that don’t conflict with science, he wrote. Otherwise, he added, “we are going to … abdicate our mission, lose hosts of people, and send them on their way to the deification of science itself. It is a matter of intelligently salvaging faith – not wrecking.”

Whatever their intentions, Southern Seminary’s Dirty Dozen lost their battle against the administration and trustees. And, though no one intended it, the controversy triggered conservative efforts to rid the SBC of the liberalism that would in fact wreck the faith so many Southern Baptist missionaries risked their lives to proclaim.