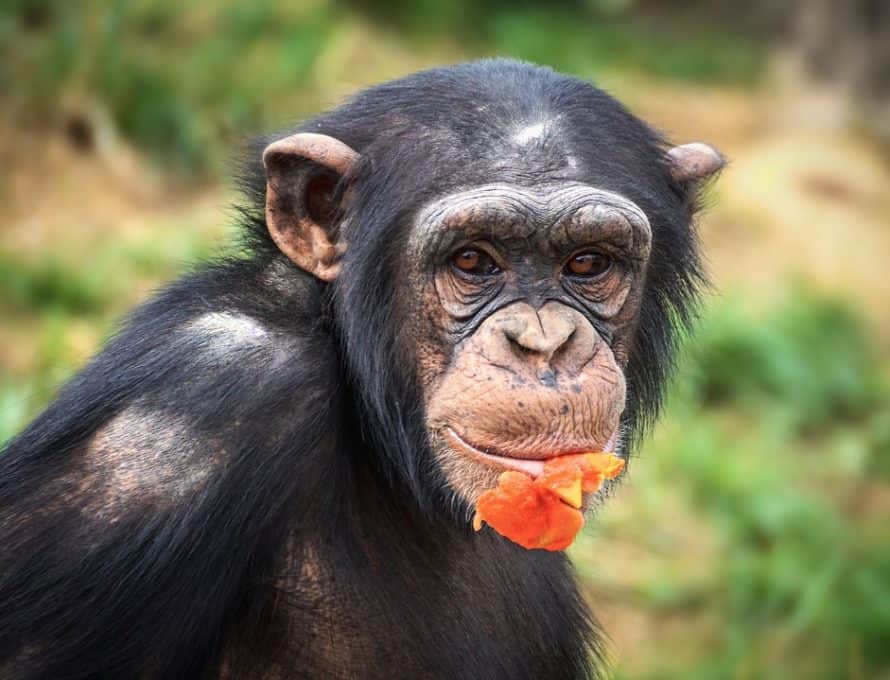 EDITOR’S NOTE: This is the third article in a year-long series, commemorating the history of the Conservative Resurgence of the Southern Baptist Convention (SBC) in honor of its 40th anniversary. To read the previous article in the series, click here: Abandoning the faith: Lottie Moon, Crawford H. Toy and the infiltration of liberalism in the SBC.

In July 1925, a circus of journalists and lawyers, as well as a mishmash of social reformers and pleasure-seekers, descended upon the nearly washed-up mining town of Dayton, Tenn. This circus, of course, had its share of apes, as well.

“There are in town, two trained chimpanzees,” John Freeman, the newly minted editor of the Tennessee Baptist & Reflector, wrote from Dayton on July 14. “Both happen to be named ‘Joe.’ A strange coincidence since their owners are so radically different in their views. One belongs to a wealthy ranchman in Kansas and was sent here for the avowed purpose of showing these people how radically different he is from the lowest possible type of living man….

“The other Joe is owned by a society woman from California. He has a white face, is shaved, dresses in human clothes, eats human food, sits at the table and knows the rules of table etiquette.”

Of course, these apes were only a sideshow in Dayton. The main event was the “Scopes Monkey Trial.” Earlier that year, at the behest of townsfolk wanting to draw tourists and their money to Dayton, local high school teacher John Scopes agreed to break a Tennessee law banning the discussion of Darwinian evolution in public schools. That Scopes actually taught evolution is doubtful, according to Marvin Olasky and John Perry, in their book Monkey Business: The True Story of the Scopes Trial (B&H, 2005). In any case, he volunteered to stand trial for breaking the law and, after several days of meandering litigation, was convicted on July 21st. (Click for more on the movie based on the trial, “Inherit the Wind”)

The now infamous “Scopes Monkey Trial” was the beginning of the end for the heyday of Christian fundamentalist attempts to shape American society. Especially after the First World War, these “fundamentalists”—staunch supporters of biblical inerrancy and, often, of dispensationalism—waged a battle against “modernists” who questioned the Bible’s historicity and supernatural claims.

At the epicenter of this battle, as depicted by the “Scopes Monkey Trial,” was the question of Darwinian evolution. And Southern Baptists were, by no means, untouched by this aspect of the fundamentalist-modernist controversy.

Only a couple months before the “Scopes Monkey Trial,” Southern Baptists gathered in Memphis, Tenn., for their annual meeting, and some observers felt they futzed around with monkey business of their own.

“Nothing had been done to face the serious problems before us,” wrote Louie D. Newton, editor of the Georgia Baptist newspaper, the Christian Index. “We had chased monkeys all days and apparently lost sight of the great world about us and the Father in Heaven.”

Contrary to Newton’s lament, few meetings would have as profound an impact on Southern Baptists as this one did. Messengers not only approved the Cooperative Program, a method for funding Southern Baptist missionary efforts that is still in effect today, but they also adopted a statement of faith, the SBC’s first rendition of the Baptist Faith & Message (BFM 1925). And at the center of the debate surrounding this new statement of faith was evolution.

Maiden urged Southern Baptists to “go on record before the world as affirming full and steadfast belief in the full inspiration, inerrancy and paramount and permanent authority of both the Old Testament and New Testament.” They should affirm the deity of Christ, the miraculous virgin birth, Christ’s vicarious atoning sacrifice and bodily resurrection and ascension, and His return to the earth. They should, he added, “utterly and unalterably” declare their opposition “to any unproved theory, to any kind of philosophy, to anything called science that questions, discredits, or denies any of these fundamental doctrines.”

The SBC resolutions committee suggested that neither of these resolutions should be adopted, but instead recommended that messengers create a committee to consider developing “another statement of the Baptist faith and message.” Among others, members of the committee included S. M. Brown, co-editor with Maiden of the Word & Way, as well as Oklahoma’s Stealey, and two SBC seminary presidents, including committee chairman E.Y. Mullins of the Southern Baptist Theological Seminary.

According to one reporter from the Tennessee Baptist & Reflector, when Mullins presented the committee’s report during the 1925 annual meeting, the “interest was tense on the part of the delegates.” Stealey refused to sign the report because the proposed statement of faith nowhere rejected evolution in plain language. Instead, he offered a minority report, which amended the third article to read, “We believe that man came into this world by direct creation of God and not by evolution.”

“Christ is not what we need, and God is the author of sin, if evolution is true,” Stealey said, defending his amendment. “It does away with all the beliefs which we hold regarding the part which God had in the creation of man, and makes of him a descendant of a monkey, and a brother to the monkey today. … If we intend to deny (evolution), then let’s get it out plainly.”

In reply to Stealey’s plea, Mullins – one of the foremost theologians in the SBC at the time – urged messengers to leave evolution out of the BFM 1925.

“Science and religion do not belong together,” he said, “and consequently a view on a matter in which science is concerned should not be included in a confession of faith.”

In the end, Stealey’s plea was rejected by messengers, with 950 voting for and 2,013 against his amendment. According to the Baptist & Reflector, “modern evolution was thoroughly discredited in the report adopted” by messengers, but the SBC’s newly adopted BFM 1925 still contained no explicit rejection of evolution.

Meanwhile, as the dog days of summer approached in Dayton, Tenn., Mullins received invitations to testify as an expert witness at the “Scopes Monkey Trial”— one invitation from the fundamentalists supporting Tennessee’s anti-evolution law and another from Scopes’ pro-evolution defense attorneys. Mullins rejected both invitations. But the invitations themselves signaled his own ambiguity on evolution. And the repercussions of this ambiguity would linger for decades to come.

Monkeying around with evolution

Mullins’ claim, during the 1925 SBC annual meeting, that “science and religion do not belong together” was nothing new for him. He made the same claim earlier, in his 1924 book, Christianity at the Cross Roads. Yet, in 1926, Mullins’ claim was condemned by one of the leading conservative theologians of the age – Princeton Seminary’s J. Grescham Machen.

In a review of Mullins’ Christianity at the Cross Roads, Machen took issue especially with Mullins’ “separation between the spheres of science and philosophy and religion.”

“Again and again,” this principle about the rift between science and religion “turns up to mar the clearness of the author’s defence of the Christian faith,” Machen wrote. The principle threatened to destroy “the entire doctrinal or factual basis of the Christian religion” and would lead “logically into an abyss of skepticism.”

Having arrived at Southern Seminary in 1881, only two years after Crawford Toy was dismissed for liberal views, Mullins knew well the dangers of modernism. Indeed, as Machen admitted, Mullins desired to defend Southern Baptists against liberal theology. But, by the time he became Southern Seminary’s president in 1921, he had adopted views that could compromise conservative theology in the SBC.

For one thing, like liberal theologians, he tended to subordinate God’s Word to the individual’s “religious experience,” and his defense of the Bible’s authority was often ambiguous. On the other hand, perhaps because of his view that science and religion should remain separate, he allowed Southern Seminary professors to monkey around with evolution. By the 1940s, according to historian Gregory Wills, anyone who rejected evolution would most likely be excluded from Southern Seminary’s faculty.

Ambiguity on the issue of evolution opened a door for liberal teachings to seep into the SBC. But, in the decades following World War II, Southern Baptists began to cry out against this monkey business in their seminaries and institutions.