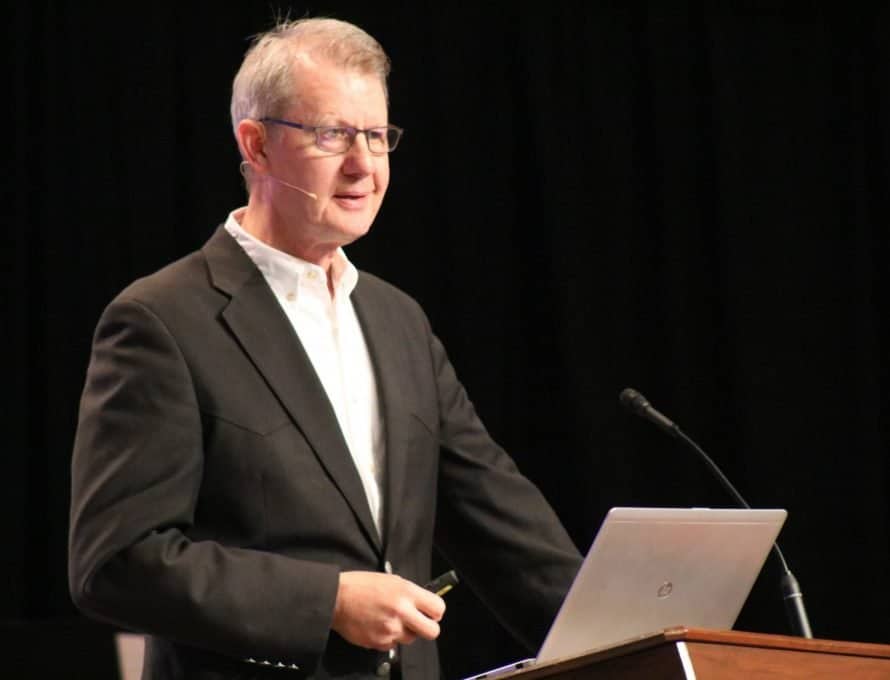 SPRINGFIELD – Relationships are central to the Christian life, and as such believers should learn how to steward relationships with biblical wisdom, Ken Sande, president of RW360, told messengers at the Missouri Baptist Convention annual meeting, Oct. 23.

Throughout his ministry career, Sande has helped Christians with conflict resolution. In every situation he confronted, he said, he had to help his clients understand that “Every one of us struggles with sin, every one of us can be mistaken, every one of us at some point in life has to admit we’re wrong and ask for forgiveness and grant forgiveness to other people.”

But, in more recent years, Sande has moved his focus away from conflict resolution and, instead, to conflict prevention. This requires “relational wisdom,” he said, which is “nothing more, nothing less, than living out the two Great Commandments” – namely, to love God and neighbor.

“The Christian life is all about relationship,” he said. Relationship with God is foremost, but relationships with other humans “are precious gifts that God gives us for the building of His kingdom.” Relationships are the greatest stewardship “we’re going to have to give account for,” he added.

For this reason, Sande encourages Christians to develop Relational Wisdom, defined more specifically as “the ability to discern emotions, interests and abilities in yourself and others, … to interpret that information in the light of God’s Word, and then to use those insights to manage my responses to other people and how I relate to them.”

Sande described some fundamental principles of Relational Wisdom during his address, as well as during a Q&A session following the annual meeting.