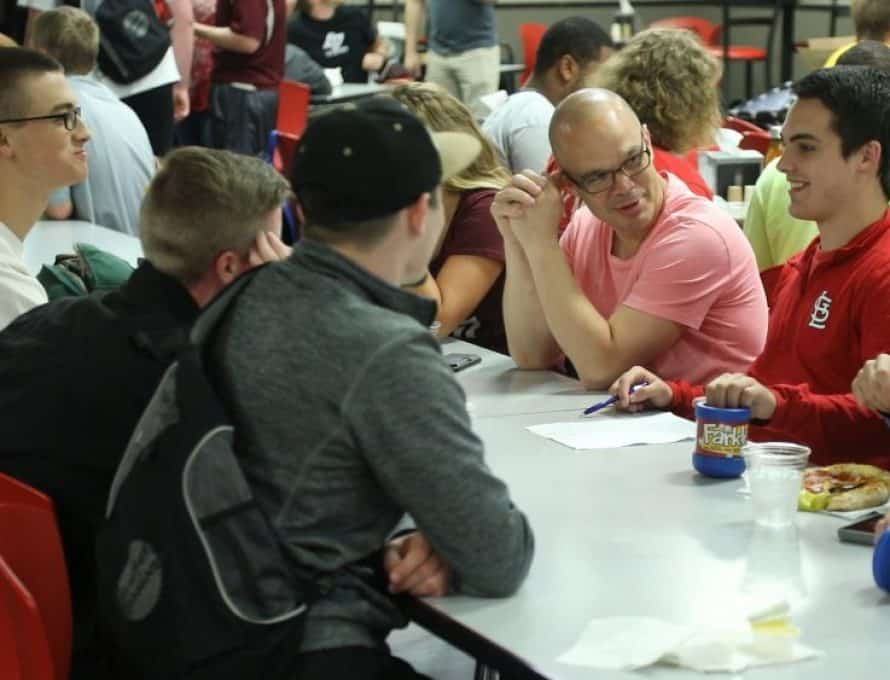 JEFFERSON CITY – More than 90 students scattered across Missouri at the beginning of June with a passion for transforming lives and communities with the gospel.

These students serve as summer missionaries equipped by the Missouri Baptist Convention. They are sent out to serve for 10 weeks with churches, associations and other ministries across the state. They also served as small group leaders during Super Summer, the MBC’s camp for youth held at Hannibal-LaGrange University each year.

According to David Hendrick, director of the missions program, the Summer Missions Mentor Initiative exists not merely to provide volunteers to help with various tasks around the state. The program challenges students to follow Christ eagerly and to make disciples, multiply churches and develop leaders for a lifetime.

“I hope that God … gives me the boldness that I need to proclaim the truth of the gospel among youth in the community,” he said, adding that he wants God to fill him with His love, so that he can love the people he reaches with the gospel.

Like Collins, other students are eager to “do the work of the Kingdom,” said Hendrick, who expressed his own excitement at being able to feed the God-given passion these students have.

Summer missionary Moriah Hendrick is deployed in South St. Louis, where she is working at a refugee resettlement center, providing childcare and English as a Second Language classes. She expressed her gratitude that, through their giving to the Cooperative Program and the Missouri Missions Offering, Missouri Baptists have provided an avenue for young people to go on mission for the summer.

Moriah and her peers began their journey as summer missionaries in early June on the campus of Hannibal-LaGrange University, where they received training.

The training week, she said, “was just a consistent reminder of our responsibility to fulfill the Great Commission, and to step out in faith and to act on the things that God is calling us to do.”

The training week emphasized the need to think, not like “consumer Christians,” but like true followers of Christ assigned to a day-to-day, lifelong missionary task. The summer missionaries also learned how to show Christlike compassion to people who—for cultural reasons or simply because they have never accepted the gospel message—act and think differently than they do.

The MBC’s David Hendrick said the training week is not the only aspect of the summer missionary program that focuses on developing students into young Christian leaders. In addition, students are connected to a mentor who encourages them and helps them grow as disciples and as disciple-makers.

None of this, however, is possible without Missouri Baptists’ generous giving through the Cooperative Program and—insofar as this ministry is concerned—through the Missouri Missions Offering.

“This ministry happens because of that,” Hendrick said, adding that Missouri Baptists have every reason to be proud of the students and of the missionary program that they’re supporting through these offerings.