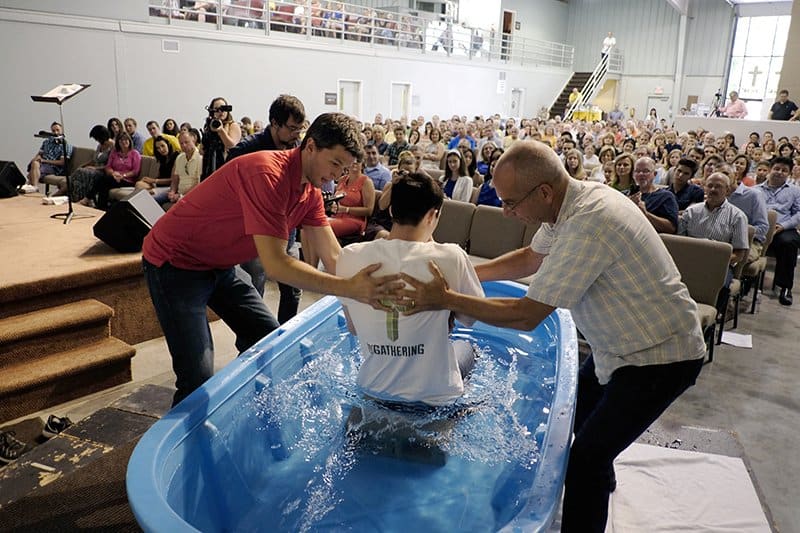 WINDSOR, Ontario – John D’Antonio’s family knew that his four-year battle with amyotrophic lateral sclerosis (ALS), or Lou Gehrig’s Disease, would soon be over. Many of his Italian-Canadian family and friends had gathered in his Windsor hospital room to say goodbye to the 30-year-old father and husband.

Just before John’s diagnosis four years earlier, his family had moved next door to Garth and Patty Leno. Leno was the pastor of one of Windsor’s largest churches, and John’s mother, Italian immigrant Elena, was a faithful member. On this most difficult of days, the family called Leno.

Leno arrived at the Windsor hospital around 11 p.m. and entered a packed hospital room. The family had requested a reduction in morphine so that John could communicate with them. John’s wife, Mary Anne, gave permission for Leno to be alone with her husband.

“Could I just have the room with John for a few minutes, please,” Leno had asked.

John couldn’t talk and he was having trouble breathing.

“John, if you can hear me just squeeze my fingers,” Leno said, then felt pressure from John’s weakened hands.

“John, I’m not going to waste any time because there is no time to waste. I just want to talk to you about heaven.”

Leno then explained the gospel, God’s grace toward us, the plan of salvation, and that it’s available to any man or woman at any stage of life. “Do you believe this?”

“Can I pray with you and for you to trust in Christ alone for your salvation?”

When Leno said “Amen,” the room was full again. One by one, family and friends had slipped quietly back into the room, standing behind him. They heard John’s declaration of faith through the prayer.

As the senior pastor of a large church in the city, Leno could have dispatched any one of his 20 staff members to the hospital that night. Now the pastor of a Canadian National Baptist Convention church plant called The Gathering, he has only two additional staff.

“One of the most delightful things that has happened to me is that I’ve rediscovered what shepherding is all about,” Leno said of The Gathering. “When you are planting a church and making disciples, you get to see life-change happen up close. I wouldn’t change that for anything. Church planting has helped me rediscover what it means to be a shepherd and really take care of the flock.”

The Gathering is now assisting other church plants and plans to sponsor one soon in a nearby town. The shepherd loves his flock and wants his church to be a church planting church.

The Missouri State Fair midway has bright lights, cotton candy, foot long hot dogs and thrilling rides.  But just a block or two south of it is the Baptist Tent which offers some good things too – especially, a chance to hear the gospel.