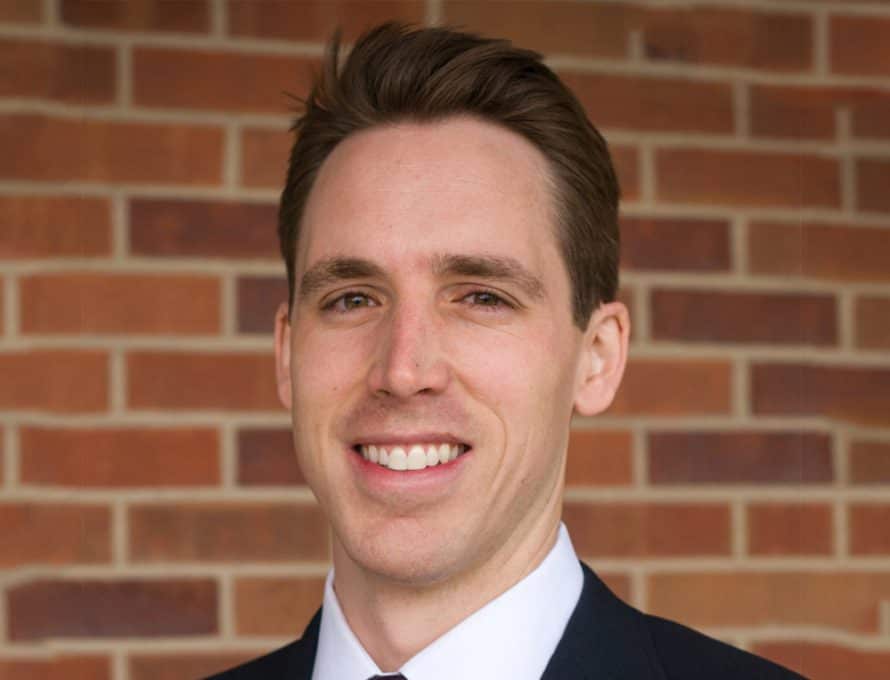 JEFFERSON CITY – Missouri has joined 22 other states in filing a friend-of-the-court brief asking the U.S. Supreme Court to overturn a lower-court ruling that a federal anti-discrimination law regarding sex covers gender identity. Also joining in the brief were several faith organizations, including the Ethics and Religious Liberty Commission (ERLC) of the Southern Baptist Convention (SBC).

The high court’s ruling could have a profound impact on churches, public schools and religious institutions like the Missouri Baptist Children’s Home, Hannibal-LaGrange University and Southwest Baptist University.

“I am thankful that Missouri now has an attorney general in Joshua Hawley who will fight for freedom and defend our Constitution,” said Pathway Editor Don Hinkle and public policy advisor for the Missouri Baptist Convention (MBC). “I am grateful that he has filed this friend-of-the-court brief in this very important case now at the U.S. Supreme Court.”

The Fourth Circuit Court of Appeals in Richmond, Va., ruled in April that the Gloucester County School Board in eastern Virginia violated federal law by refusing to permit a 17-year-old transgender high school student – who is a biological female, but identifies as a male – to use the boys’ restroom. In a 2-1 opinion overturning a federal judge, the Fourth Circuit agreed with an Obama administration letter, ruling that the ban on sex discrimination in the Title IX education amendments includes gender identity.

About a month after the Fourth Circuit Court’s opinion, the Obama administration issued a sweeping directive on transgender rights. Officials with the Departments of Education and Justice told public school districts, as well as colleges and universities, to allow transgender students to use the restrooms and locker rooms of their gender identity. The guidance was not legally binding, but implied noncompliance could bring a loss of federal funding.

The Supreme Court said it will rule on two issues in the case: whether the Obama administration’s interpretation that protections against sex discrimination includes gender identity is valid and whether a federal agency letter to that effect should be granted deference by the courts.

“We wanted to send a clear signal to Washington that this kind of federal overreach is not going to be taken lightly or tolerated by the state of Missouri,” said Hawley, who filed the friend-of-the-court brief on Jan. 10, his first day in office.

The brief said the Department of Education’s interpretation contradicts the belief of people of faith and religious traditions that “a person’s identity as male and female is created by God and immutable.

“Not surprisingly, then, interpreting ‘sex’ to include gender identity would create thorny conflicts between federal civil rights law and widely held religious beliefs,” the brief stated. Such an interpretation, the brief continued, could result in students being taught beliefs contrary to those of their parents and in religious colleges and universities having problems in preserving single-sex dormitories and maintaining privacy in showers and changing rooms.

Hawley warned that the Obama administration set a dangerous precedent in the case, criticizing the president for imposing his personal views on “our local school districts and our churches … all of this with the stroke a pen. It is contrary to our Constitution.”  The brief notes that such action should rest with Congress instead.

If the high court affirms the Department of Education’s view, it “would also take a long step toward delegitimizing traditional religions,” the brief states. “Making gender identity a protected class under Title IX implies that traditional attitudes toward gender identity are discriminatory. That implication, enshrined in federal civil rights law, would impose a stigma on religious people and institutions whose faith dictates that gender identity is determined by one’s birth sex.

Hawley called Title IX “one of the most important statutes of the last 30 or 40 years,” one that has protected women and provided them with equal opportunities in education.

“The idea that the president can just rewrite that on his own, to pursue his own agenda, is just shocking and I don’t think the court is going to go along with it,” he said before blasting the Department of Education for its “heavy-handedness” in the matter. “They’re kind of the cat’s paw, you know, that’s who the president is using.”

The brief warns that religious Americans could find themselves increasingly marginalized for believing that gender is immutable and divinely ordained.

The SBC part of the brief cites the 2000 Baptist Faith and Message, Southern Baptists’ confessional statement, and resolutions approved at the annual meeting in 2014 and 2016. The 2014 SBC resolution “affirmed God’s design that gender identity is determined by biological sex and not by one’s self-perception.” The resolution “regards our transgender neighbors as image-bearers of Almighty God and therefore condemns acts of abuse or bullying committed against them.” The resolution added that, “We invite all transgender persons to trust in Christ and to experience renewal in the Gospel.”

No hearing date has been set for the case, but it is expected to be sometime in the spring with a ruling anticipated before the Supreme Court adjourns around July 1.

“The precedent here is that bureaucrats can just make up laws as they go,” Hawley said. “If they can do this in this matter, just imagine what their next target is going to be? If we didn’t stand up and speak on this, I’d be in dereliction of my duty.”