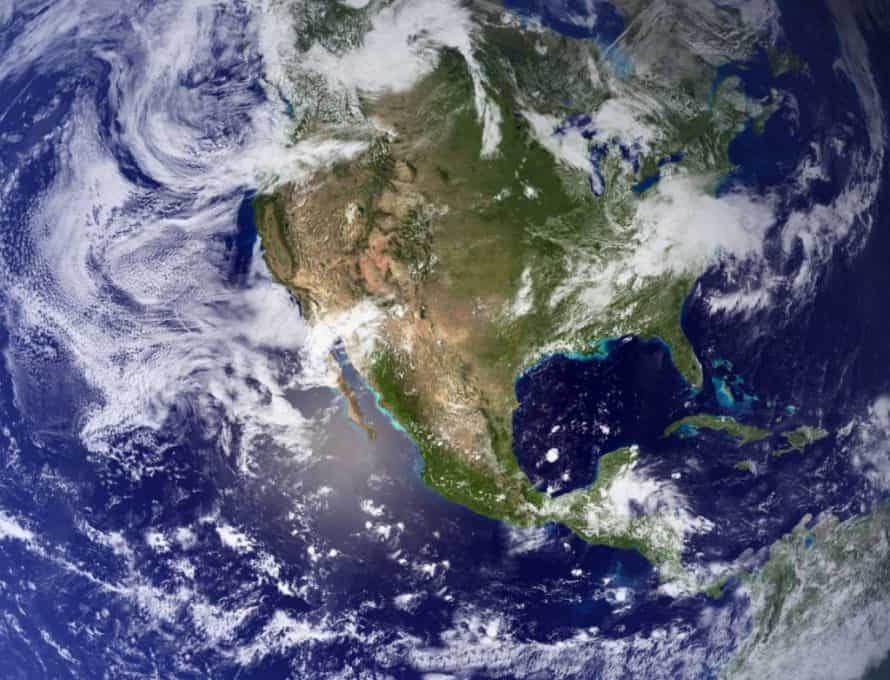 NASHVILLE (BP) – An article by a popular evangelical blogger arguing that the six “days” of creation in Genesis were not literal 24-hour periods has prompted discussion among Christians about the earth’s age and whether orthodoxy necessarily entails believing in a young earth.

Justin Taylor, senior vice president and publisher for books at Crossway, posted a blog article Jan. 28 arguing that there are “biblical reasons to doubt the creation days were 24-hour periods.” The article, which was shared on Facebook 15,000 times during its first two weeks online, also noted famous people from church history who did not believe Genesis describes six 24-hour days.

“I want to suggest there are some good, textual reasons — in the creation account itself — for questioning the exegesis that insists on the days as strict 24 hour periods,” Taylor, a Ph.D. student at Southern Baptist Theological Seminary, wrote. “Am I as certain of this as I am of the resurrection of Christ? Definitely not. But in some segments of the church, I fear that we’ve built an exegetical ‘fence around the Torah,’ fearful that if we question any aspect of young-earth dogmatics we have opened the gate to liberalism.”

“Defenders of inerrancy” who did not believe in six 24-hour periods — like Augustine, J. Gresham Machen and Carl F.H. Henry — “show that this is not the case,” Taylor wrote. “And a passion for sola Scriptura provides us with the humility and willingness to go back to the text again to see if these things are so.”

Old-earth creationism contends that God brought the world into existence from nothing by His direct action and not evolution. Old-earth creationists say the earth is billions rather than thousands of years old and that the “days” of Genesis 1 were not 24-hour periods. Theistic evolutionists claim God used evolution to create, directing the process but not simply speaking things into existence.

Young-earth creationists believe God created the world from nothing between 6,000 and 50,000 years ago in six literal days.

Jason Duesing, provost at Midwestern Baptist Theological Seminary, told Baptist Press he disagrees with Taylor’s blog post but believes it “is helpful because it reframes a well-worn debate topic back to what the text actually says.”

“As the Baptist Faith and Message 2000 does not specifically address the age of the earth, much like the finer points of eschatology, it is a secondary matter to determine what SBC seminary professors believe about the issue. I do not mean to imply it is not important for under the BF&M, SBC faculty must affirm the creation and existence of a literal Adam and Eve and see no room for the affirmation of theistic evolution,” Duesing said in written comments.

“Personally, I remain convinced that the young-earth view best accounts for the plain reading of the Bible, and while I have not polled the faculty at Midwestern on this topic, I suspect the majority of the faculty would as well. For those who hold to an old-earth view, I support the legitimacy of their doing so and enjoy the sharpening that comes from healthy dialogue, even as their conclusions and implications do cause me some good natured head-scratching. In the end, I see this as an intramural discussion among creationists and hope that such only serves to bind us closer together in refuting that which is clearly contrary to Scripture, the theory of evolution,” Duesing said.

The Baptist Faith and Message refers to God as the “Creator” and explains, “Man is the special creation of God, made in His own image. He created them male and female as the crowning work of His creation.”

Taylor presented five biblical considerations that lead him to believe the “days” of Genesis 1 were longer than 24 hours. Among Taylor’s arguments:

God’s creation “rest” was not limited to a 24-hour period, Taylor wrote, noting that Hebrews 4 underscores this point.

“After using ‘the seventh day’ in an analogical way … we read in the very next verse, Genesis 2:4: ‘These are the generations of the heavens and the earth when they were created, in the day [yom] that the LORD God made the earth and the heavens,'” Taylor wrote. “The precise meaning of this is debated. But what seems clear, if we believe the Bible does not contradict itself, is that this (singular) ‘day’ — in which the creation events (plural ‘generations’) occur — cannot refer to a single 24-hour period.”

— Genesis 2:5-7 assumes that the “day” described in Genesis 2:4 was longer “than an ordinary calendar day” because it included natural “seasons and rain cycles” that take longer than 24-hours.

Taylor argued that God does not want readers of Scripture to substitute the word “eons” or “ages” when they see the word “day.” But neither does He want readers “to think of precise units of time, marked by 24 exact hours.”

Ken Keathley, professor of theology at Southeastern Baptist Theological Seminary and coauthor of “40 Questions About Creation and Evolution” (Kregel), told BP he agrees with Taylor and is “convinced that the 24-hour interpretation does not do justice to all that the text says.”

“Prior to the 1960s, the majority of evangelical pastors and professors (including those in the SBC) held to old-earth creationism,” Keathley said in written comments. “In 1961 John Whitcomb and Henry Morris published ‘The Genesis Flood’ and the young-earth movement was born. Until recently, young-earth creationism has been the predominant view among evangelicals in general and Southern Baptists in particular.

“A significant change is happening now. The arguments in ‘The Genesis Flood’ have not stood the test of time, and very few young-earth advocates use them. More and more pastors and leaders are realizing that the Genesis text does not lend itself easily to the young-earth position. Many of the strongest proponents of the old-earth interpretation are Old Testament scholars,” Keathley said.

James Hamilton, professor of biblical theology at Southern, disagrees with Taylor. In a Feb. 9 blog article responding to Taylor, Hamilton cited as a key passage in the debate Exodus 20:10-11 — “But the seventh day is a Sabbath to the LORD your God. You must not do any work — you, your son or daughter, your male or female slave, your livestock, or the foreigner who is within your gates. For the LORD made the heavens and the earth, the sea, and everything in them in six says; then He rested on the seventh day. Therefore the LORD blessed the Sabbath day and declared it holy.”

The “most natural reading of Exodus 20:10-11 seems to be that the six days of creation followed by the Sabbath day of rest was a cycle of the same kind of seven day week that was to become the pattern of Israel’s experience,” Hamilton wrote. “It’s hard for me to imagine someone coming to some other kind of conclusion unless he seeks to accommodate extra-biblical considerations from philosophy (a la Augustine) or science (a la contemporary old earthers).”

Other respondents to Taylor also discussed whether his arguments were driven solely by study of the Bible or by outside influences as well.

Ken Ham, founder of Answers in Genesis, wrote in a blog post that Taylor’s “real motivation is that outside influences have already led him to postulate whatever reasons he can try to muster not to be adamant about six literal days of creation in Genesis 1.”

Ham added, “When Christian leaders today are rejecting a dogmatic stand on six, literal, 24-hour days of creation and a young earth, if you search their writings or question them, you will find that ultimately their thinking is being controlled by the belief in an old earth/universe (billions of years). Even though some try to claim that is not so but that they are just looking at what the Bible says, if you ask the right questions, I assert, you will find this strong influence is there. You simply do not get the idea of millions or billions of years from Scripture — it comes from outside Scripture.”

Evangelical blogger Samuel James responded to Ham at the Patheos website, stating that Ham’s blog was “an incredibly irresponsible reply to an article that deserved much better.” Hamilton similarly wrote that young-earth creationists should hold their position “with epistemological humility and not, as AiG does, suggest that old-earth creationists … are opening the door to abortion on demand and gay marriage.”

James wrote in his blog, “If Ham believes that adherence to YEC [young-earth creationism] is essential for Gospel faith, he should produce the necessary theological arguments. Until he does, Ham has absolutely no right to slough off well written and fairly argued articles that present inerrancy-friendly challenges to YEC interpretations. Ham’s response is the kind of attitude that stifles productive discussion and unnecessarily divides the church. He should, and can, do better.”