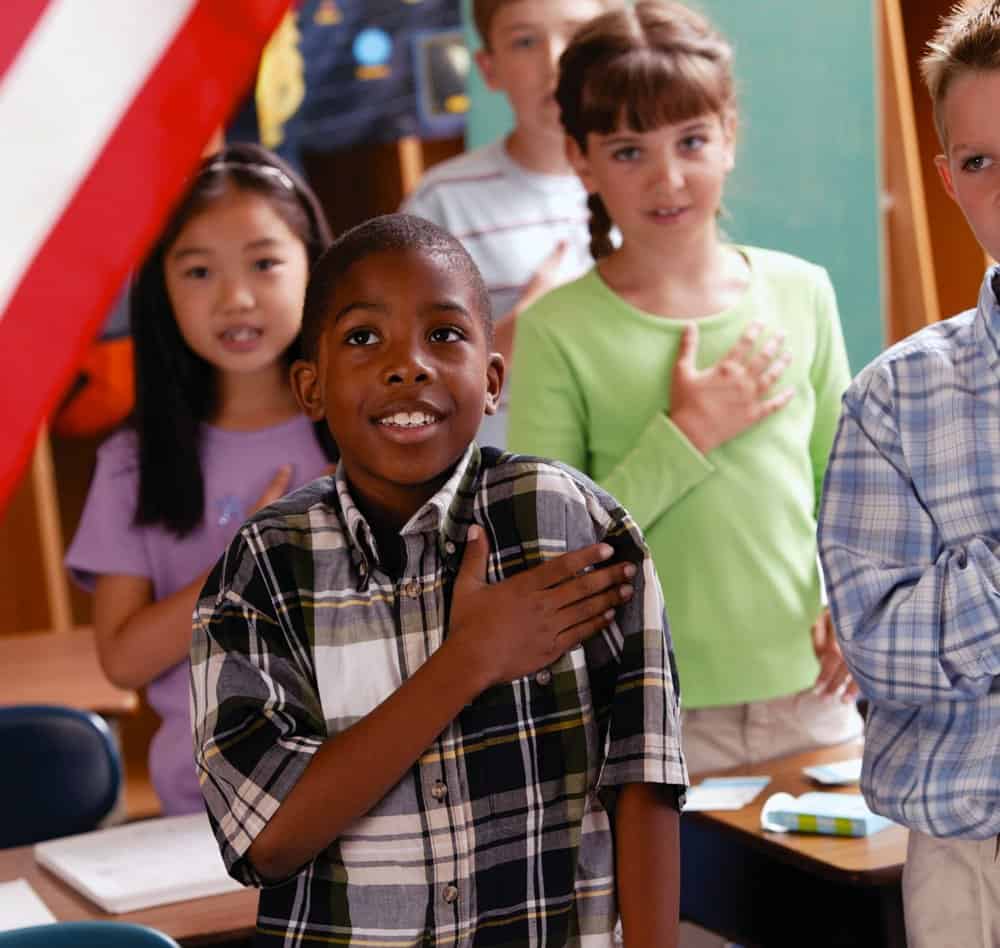 NASHVILLE, Tenn. – In 1954, the United States Congress added the words “under God” to the country’s Pledge of Allegiance. Sixty years later, most Americans would like to keep it that way, despite ongoing legal challenges to the pledge.

A lawsuit filed against a New Jersey school district on March 28 contends that reciting the phrase “under God” in the pledge sends a message that nonbelievers are bad citizens and creates a hostile environment for atheist students.

But a telephone survey of 1,001 Americans from Nashville-based LifeWay Research found that 85 percent want to keep “under God” in the pledge.

Researchers did find 1 in 4 Americans (25 percent) believe forcing students to say “under God” violates their rights. But less than one in 10 (eight percent) Americans want to remove “under God” from the pledge.

“Most Americans have recited the pledge hundreds of times and are not inclined to memorize a different pledge,” he says. “Changing it may just feel wrong. Most Americans say they believe in God or a higher being and feel comfortable having ‘under God’ in the pledge.”

Lawyers for the parents in the New Jersey lawsuit disagree. They issued a statement on April 21 announcing the suit.

“Public schools should not engage in an exercise that tells students that patriotism is tied to a belief in God,” said David Niose, attorney for the American Humanist Association’s Appignani Humanist Legal Center, which represents the parents. “Such a daily exercise portrays atheist and humanist children as second-class citizens, and certainly contributes to anti-atheist prejudices.”

A similar legal challenge to the pledge is pending before the Supreme Judicial Court of Massachusetts. That case, brought by atheist parents of a public school child, claims the “under God” phrase violates the state’s equal rights laws.

The study by LifeWay Research also found younger Americans are more likely to support removal of “under God” from the pledge. Fourteen percent of those ages 18-29 want to remove the phrase, compared to five percent of those over 64.