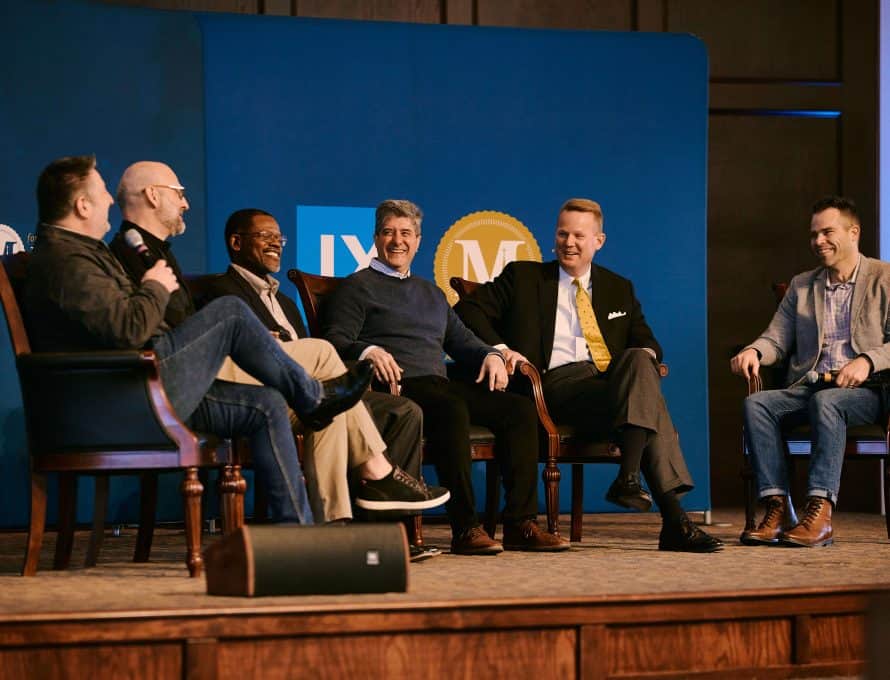 KANSAS CITY (MBTS) – Midwestern Seminary partnered with 9Marks to host “a conference on conversion” on March 1-2 in Kansas City, with sessions aimed at providing a biblical understanding of conversion.

Jason Allen, president of Midwestern Seminary, led the conference’s first session on the topic, “getting conversion right,” focusing on how a biblical understanding of repentance and faith affects pastoral ministry.

He began by warning that “our generation has fundamentally forgotten the biblical concept of repentance.”

He concluded his message with a call for evangelical preachers to preach repentance by stating, “Without repentance there will be no conversion and no revival.”

The conference’s second message was delivered by Bobby Scott, pastor of discipleship at Community of Faith Bible Church, who focused on the relationship of conversion and assurance.

Walking through First John, he sought to provide a biblical understanding of conversion in order to help test professions of faith for biblical assurance.

Scott offered four propositions during his message: “God alone regenerates and converts sinners. There are two groups within professing Christendom: truly converted and those merely professing conversion. There is a profound, discernable difference between God-converted sinners and mere professors. To discern the difference, we must apply tests.”

As Scott explained throughout his message, the grace of God is on display as the doctrine of conversion is lived out in the context of the local church.

As he stated, “God defining your identity brings freedom from the bondage of worldly constructs of identity.”

Leeman further explained, “When we become united to Christ and let that define who we are, we become free from defining ourselves by any other category. We are free to live in Him and through Him.”

Wrapping up the first day of the conference, Zach Schlegel, senior pastor of First Baptist Church Upper Marlboro, shared a message focused on how conversion fuels hope for pastors seeking to lead others to Jesus.

Preaching from John 10:1-18, he stated, “our job as pastors is to shepherd people to find life in Jesus.”

“Our goal in ministry is not to have people impressed with us,” he explained. “Our goal is to have them love and know God.”

Michael Lawrence, lead pastor of Hinson Baptist Church, opened the second day of the conference addressing what the biblical doctrine of conversion means for the local church, while also critiquing the philosophy of “belong before you believe.”

Belonging before believing, as he began, confuses Christians, confuses non-Christians, and fundamentally redefines the local church.

He continued, “The local church was meant to provide a plausibility structure for belief. Life together in the local church communicates to a watching non-Christian world that Christianity might not be as crazy as they thought.”

Offering a biblical alternative, he stated, “We don’t belong before we believe. We believe in order to belong. We belong by believing. The doctrine of conversion means that the church should be a regenerate community characterized by holy lives of self-sacrificing love.”

In the final session of the conference, Jared Wilson, assistant professor of pastoral ministry and author in residence at Midwestern Seminary, preached from Ezekiel 36:22-38 and explored the multi-faceted beauty of the doctrine of conversion.

Offering four ways to see the beauty of conversion, he stated how conversion is beautiful in its working, in its design, in its community, and in its conformity to Christ.

Wilson clarified, “The work of conversion is beautiful precisely because it is our glorious God who works it, and it is a work of unilateral, effectual grace.”

Furthermore, Wilson referred to conversion as “a spiritual beautification where we are washed clean by the blood of Jesus. The result of conversion is not simply a new religion or outlook. It is being a new person.”

This final conference message emphasized the importance of not only the biblical understanding and practical application of conversion, but also the enjoyment of this beautiful doctrine for personal life and ministry.