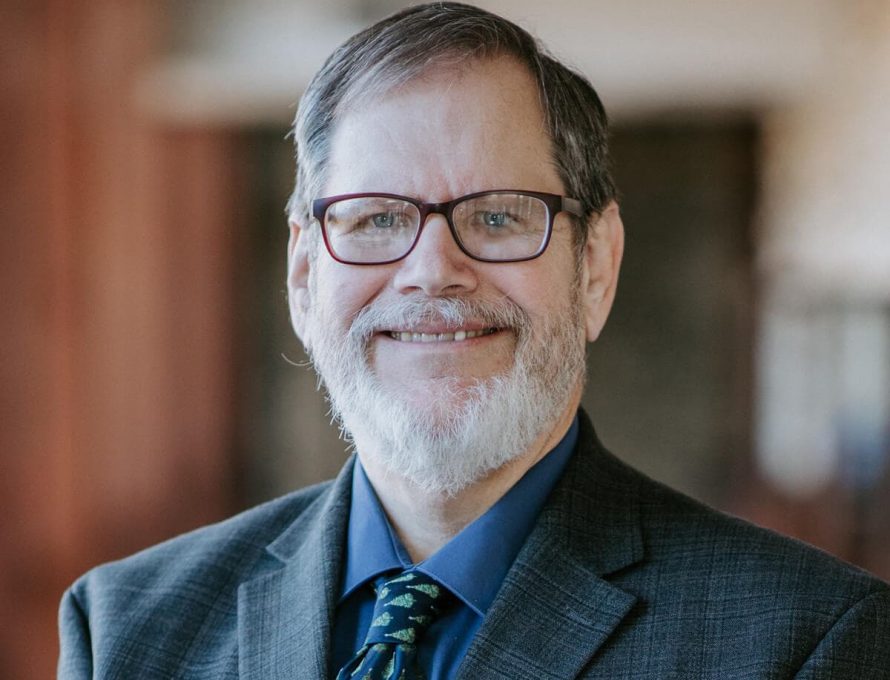 IRONTON – The Baptist Home board of trustees voted unanimously, April 3, to confirm Rodney Harrison as The Baptist Home’s next president, making him only the seventh president in The Home’s 107-year history.

Harrison began serving as the transitional president for The Home late last December in preparation for former President Steven Jones’ retirement in January. The historic vote was made by the trustees during their April 3 board meeting, held online due to the COVID-19 crisis.

Ken Parker, trustee chairman for The Baptist Home and pastor of First Baptist Church, Kearney, extolled Harrison’s “commitment to the Lord, to the church and to Missouri Baptists, and to the ministry of The Baptist Home.”

“I’m excited about the future of The Baptist Home,” Parker said, “and I think that Dr. Harrison is going to be able to build on the strengths at The Home and is going to help us walk into the future in such a positive way. He is going to do a phenomenal job.”

Harrison told The Pathway that he and his wife, Julie, are “humbled by the opportunity to lead and serve The Baptist Home. Throughout the process, I have clearly sensed the Holy Spirit’s direction, and am honored by the stewardship the Board has placed upon me.”

“Ours is a Sanctity of Life ministry,” he added. “The mission of The Baptist Home is informed by Scripture and articulated in Article XV of the Baptist Faith & Message. Respecting life until natural death is a commitment and purpose that all Baptists can and will affirm. This is our God given purpose, and to this end, please join me in praying for wisdom as I lead this ministry.”

Harrison said that, in days to come, The Baptist Home will not only care for residents at the Home’s four campuses, but also that it will provide resources to help Missouri Baptist churches minister to senior adults and promote the sanctity of life for people of all ages.

Harrison encourages Missouri Baptists to take virtual tours of the Baptist Home locations at www.thebaptisthome.org and, after the COVID-19 pandemic ends, to visit The Home’s campuses in person.

“Thank you very, very much for your support over the years,” Harrison said. “I am thankful to Missouri Baptists for being faithful to us.”

Harrison has been a professor for 17 years at Midwestern Baptist Theological Seminary in Kansas City, where he currently serves as Dean of Academic Strategy. In addition, he has an extensive background in healthcare and healthcare administration which began in 1983 when he became a registered nurse.

Harrison studied at Dallas Baptist University, obtaining his Bachelor of Arts degree in Health Care Administration and worked on a Master of Divinity in Biblical Languages at Southwestern Baptist Theological Seminary.

In addition, to authoring numerous published books, articles and papers, Harrison has served for ten years as a consultant, mentor and coach for several academic institutions across the country, including Hannibal-LaGrange University and Missouri Baptist University.

Harrison shared that “he could not have envisioned how God would use healthcare training from forty years ago as a platform for this privilege and stewardship.” He admitted that initially he had no aspiration to pursue the president’s position at The Home. However, after only a few weeks as transitional president, he fell in love with the people at each of the four campuses, and stated it was then he began to feel God tugging at his heart. He said, “I feel called to serve at The Baptist Home and believe God has brought me back full circle.”

The Harrisons live on a small farm near Holt, Missouri, in a log home they lovingly restored. He enjoys hunting, fishing, history and motorcycles. They are members of FBC, Kearney, and are blessed to have three children and nine grandchildren who continue to live nearby.