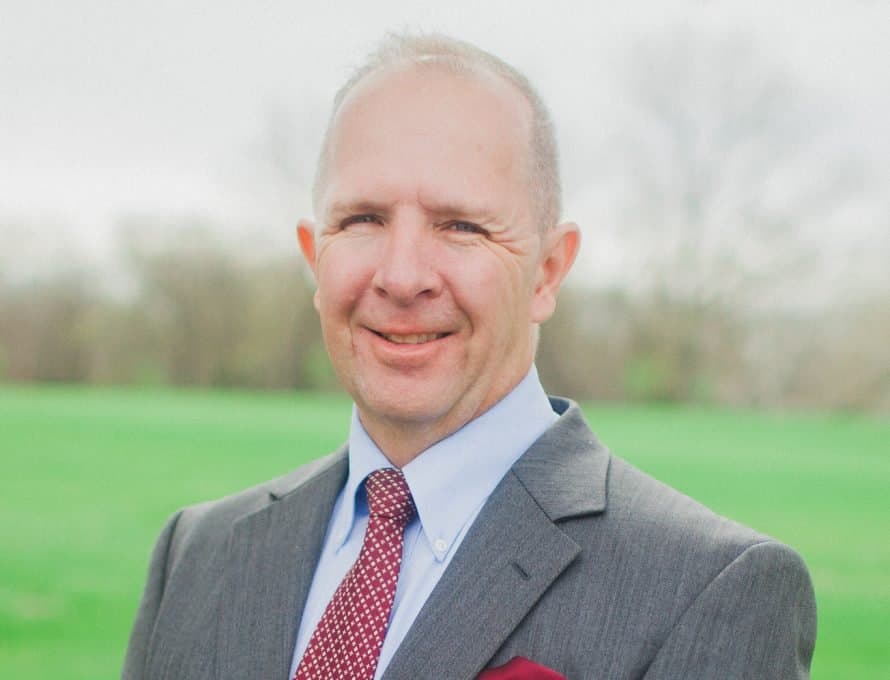 KANSAS CITY – Alan Branch, Ph.D., is professor of Christian Ethics at Midwestern Baptist Theological Seminary here, where he has served in various roles since 2001. He also served as a chaplain in the United States Army Reserves from 2009-2013 and served a tour in the Middle East from 2011-2012. Branch is the author of numerous articles and books, including Born This Way?: Homosexuality, Science, and the Scriptures? (Weaver Book Company, 2016), and next month he releases his latest book, Affirming God’s Image: Addressing the Transgender Question with Science and Scripture (Lexham Press, 2019). On April 25, I spoke with Branch about his book and about how Missouri Baptists should respond to the LGBTQ issues that our society is currently facing. 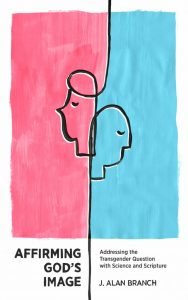 What are you trying to do in your book, Affirming God’s Image: Addressing the Transgender Question with Science and Scripture?

“First of all, we’re seeing a vast expansion to the LGBTQ acronym, with new and changing identities regularly emerging. Central among them right now is transgenderism. What I’m trying to do in this book is write to the church andfor the church, to help the average church member understand the origin of transgenderism as we now know it as a modern sexual identity, why it’s inconsistent with the Bible, and then also to help them have some basic understanding of what science can and can’t tell us about transgenderism.”

How is this book different from your previous book, Born This Way?

This is a very timely issue. How do we see it playing out in our culture?

“For the average Christian, I suppose the event that more than any other crystallized the issue of transgenderism was when the former Olympic champion decathlete Bruce Jenner came out as transgender on April 24th, 2015, in an interview with Diane Sawyer on the program, 2020. And then not long after that he came out on the cover of Vanity Fair and self-identified as Caitlyn. … And one quote that perhaps is more interesting than any of the others about Jenner is when he says, ‘Bruce always had secrets. Caitlin doesn’t have any more secrets. Now I’m free.’ The ideas that transgenderism is liberating, celebrates freedom, and can help you find your real self  are central to LGBTQ arguments and can be a bit disconcerting for Christians.”

Many people may be surprised at the speed with which these issues have overtaken our society, but one of the great things about your book is that it shows there is a history to all of this. So tell us about this history.

“What you’re looking at are the final stages of the sexual revolution of the 60s. This is the logical outcome when culture abandons a Judeo-Christian heritage and the healthy moral constraints which promote a good society. The Judeo-Christian ethic about marriage, family and sex promotes care for children and also promotes care for our bodies. It promotes solidity of marriage, which by the way is good for the society. It’s good economically for society. There are all sorts of economic problems when marriage breaks down. So all of these good outcomes (are) associated with doing things God’s way. When you abandon that, there’s really no logical stopping point, from a secular perspective.”

How has postmodernism affected the issue of transgenderism in our society?

“Part of what you’ve seen at an academic level, which has probably been off the radar for the average church member, is that for 50-60 years there’s been a lot of word games in academia. One of the things I try to do in the book is point out very briefly that these different identities that you’re seeing, these are word games. Beyond just the sexual revolution, coinciding with that was the rise of deconstruction in academia, (the idea that) meaning is whatever the individual gives to a word…. So sexuality no longer has an objective meaning found in God’s plan. It has whatever name I give it, whatever identity I give it on any given day.”

“We create our own meaning,” they say. That reminds me of the original Fall of Adam and Eve. Correct?

“I think most Baptist theologians agree with me that at the heart of the Fall is radical moral autonomy. We want to be God. We don’t want God to be God. So we’re going to set our own rules and do things our own way. At the heart of that is self-defining right and wrong for myself. Well, it’s no coincidence that 1 John 3:4 says sin is lawlessness (Greek, anomia). That means there’s no law, there’s no moral absolutes, there’s no standards. Sin is ‘I want to do what I want to do, and I don’t want to do what God wants me to do.’

“I need to stress at this point that I’m not denying the fact that there are clinically diagnosable cases of children who experienced childhood gender nonconformity for reasons that none of us completely understand. … How do we address this? I’m not a psychologist, nor am I a psychiatrist. So my advice is pastoral and intended to be pastoral in nature. I’m not a clinical professional and I want to be clear about that.

“There are some things we can say about childhood gender nonconformity as Christians, but first and foremost we should love our children unconditionally. We don’t want to put them down or make fun of them. And we don’t want to impose some sort of unusually difficult gender stereotype on the child, as if every girl has to be an opera star or ballet dancer or something very feminine like that, and that every boy has to look like someone from Duck Dynasty.

“What we are saying is the Bible teaches there are gender appropriate roles and gender appropriate ways of expressing ourselves both as male and female and that we want to help our boys and girls embrace the gender appropriate roles that go with their birth sex  – even if they’re going through very difficult feelings about gender, experiencing childhood gender nonconformity. Let’s try to do that with love and grace and patience, because I think so often sometimes we, as church folk, want things to get fixed immediately. Some problems you’re dealing with in life, and sometimes some things that kids wrestle with, don’t get fixed in 30 minutes or one hour or one month. And so it takes a lot of love and patience as we’re working in God’s direction

“But our goal is clear. I affirm the Baptist Faith and Message 2000. One of my favorite statements in the Baptist Faith and Message is the ‘gift of gender is part of the goodness of God’s creation,’ to which I say amen and amen. So what we want to do, if we have children or teenagers who are experiencing some confused ideas about gender, is to help them know this is the goal: that you learn to celebrate the gift of gender as part of the goodness of God’s creation and not to reject the body God has given  you.”

On pages 36-37 of your book, you say that, insofar as transgenderism is concerned, what you feed will grow. Explain how that works on the societal level.

“It is interesting that when a culture begins to feed and embrace different gender identities and begins to mainline them, that more people will begin to embrace these identities. I didn’t mention this in the book; I just got my hands on the data a couple of months ago. There’s a recent study that said there’s a form of transgenderism that is rapid onset transgenderism among teenagers. And to summarize the findings of the research, what they found was peer pressure has a great deal to do with this. So when you have a young person that suddenly gets society feeding them all sorts of impure and unholy ideas, well that’s going to grow. For a long time, secular people have argued that both transgenderism and homosexuality are stable traits that occur in the population at a pretty constant level, and (they say that) Christians don’t need to fear the legalization of these things. But I think what we are seeing is that more kids are embracing their transgender identity as our culture mainstreams it. And so what you feed grows, right? Both individually and culturally.”

As you know, there’s been political debates surrounding transgenderism – for example, about whether men who identify as transgender should be allowed to use the women’s restroom. What insight do you have on this issue?

“So let me explain a bit about transgenderism: There are some people for reasons that we do not understand experience childhood gender nonconformity. No one knows why. There’s lots of guesses. But, frankly, no one knows why. And for those people such gender dysphoria is very disconcerting.

“There are other people, particularly some males, who cross-dress not out of so much the feeling of gender dysphoria, but they cross-dress out of a desire for sexual eroticism: Cross dressing sexually arouses them. Many of them are still attracted to women, but they like to cross-dress. … I tell you all that to say, it is a reasonable concern for a woman to be worried when a man dressed as a woman comes into the ladies’ room. It is not irrational. It’s not based on phobia, and it’s not based on hatred. It is a reasonable concern. And I’m opposed to men being allowed to use the women’s restroom.”

From a spiritual perspective, how should Christians confront transgenderism?

“We are in a spiritual warfare. Transgenderism is the spirit of the age. We fight the forces of power in dark places. I’m not trying to say that everyone who experiences gender dysphoria or self-identifies as transgender is demon possessed. Sometimes secular people accuse us of that. That’s not my point. But what I am saying is that the expansive view of sexuality inherent in the ever expanding LGBTQ acronym is in fact a stronghold, and once someone crosses certain lines, there are moral implications of crossing certain moral boundaries and lines and it becomes progressively more difficult to come back. And it makes a work of grace more urgent and more powerful. So I’m saying that (Christians) have to be in this for the long haul.

“One of the things I want to stress to every Christian in Missouri is this: There was a cult of a pagan goddess Cybele in the early Roman Empire, a cult early Christians would have known about. In this cult, the priests of Cybele would castrate themselves and then dress like women. It is unclear how many of these men performed this act out of feelings of what we now call gender dysphoria or how many of them did so simply out of pagan devotion. If modern Christians could go back and talk to first-century Christians and describe modern-day transgenderism to our ancient brothers and sister, they would have said, ‘Well, we don’t have that word, but we know something like what you’re talking about. We’ve seen it in the cult of Cybele.’ Furthermore, remember that the (Roman Emperor) Nero had a boy named Sporus castrated and married him as his wife. So early Christians would have been familiar with transgender-like behavior. We are not the first generation of Christians to face things similar to transgenderism. We do not help our transgender friends by compromising Scripture. In fact, that is the least helpful thing we can do. So the goal is to challenge, to persuade and to witness and to pray in a way that helps people embrace the gift of gender that God has given to them.”