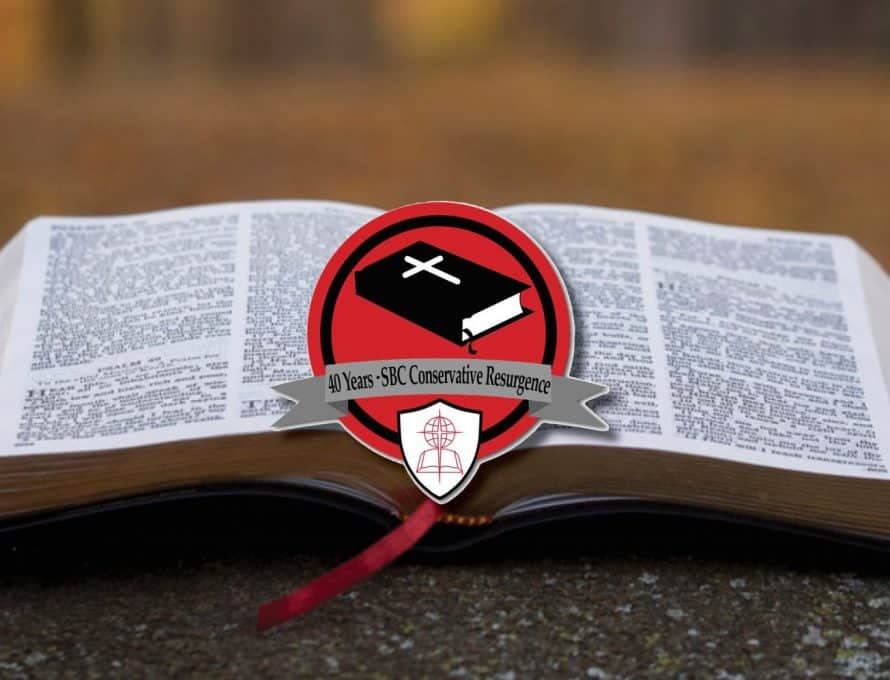 EDITOR’S NOTE: This is the fifth article in a year-long series, commemorating the history of the Conservative Resurgence of the Southern Baptist Convention (SBC) in honor of its 40th anniversary. To read the previous article in the series, click here: “A faith worth life, death – 1958 ‘Lexington Road Massacre’ ignites efforts to rid SBC of liberalism.”

“Theology is the muscles of our denomination,” he said. “We should not be using these muscles to bash in one another’s heads.”

Throughout his tenure as SBC president, Hobbs strove to ease conflict amid a theological debate that sometimes threatened, in the eyes of some, to split the convention. At the center of this controversy were unorthodox teachings at Midwestern Baptist Theological Seminary (MBTS), established in Kansas City only a few years earlier, in 1958. Though the controversy was intense, Hobbs and other convention leaders hoped a new statement of faith – drafted by a committee of 24 and led by Hobbs – would reunify Southern Baptists.

“When 24 men from one side of this convention area to the other … can sit down together, and without a single theological difference, agree on a statement of faith; and when the faculties of our seminaries can study that statement without voicing an objection to its theological concepts, do not tell me that Southern Baptists are not basically united in their theology.”

As it turns out, however, this statement of faith – namely, The Baptist Faith & Message 1963 (BFM 1963) – proved in time to exacerbate divisions among the conservative majority in SBC churches and the liberal-minded minority in the SBC’s seminaries and other entities.

As word spread about theological aberration at Midwestern Seminary, many Missouri Southern Baptist churches were quick to respond. The First Baptist Church of Windsor voted in Sept. 1961 to withhold all Cooperative Program giving until liberal professors were purged from the school. And Pastor Mack Douglas of Tower Grove Baptist Church, St. Louis, led efforts to bring change to the seminary’s faculty.

Southern Baptist churches suspected problems at the seminary when MBTS President Millard Berquist hired four liberal professors that had recently been fired from the Southern Baptist Theological Seminary in Louisville, Ky. But they cried out against the seminary when its first faculty member, the Old Testament Professor Ralph Elliott, published his 1961 book, Message of Genesis.

As described by Southern Baptist theologian and church historian James Leo Garrett, Elliott’s Message of Genesis was permeated with liberal conclusions drawn from a higher critical reading of Scripture: Among other errors, Elliott denied Moses’ authorship of Genesis, claiming that numerous authors and editors compiled the accounts in the book; also, the sixth chapter of Genesis was a “‘fragment of mythology’” used “‘as a literary device’”; the great flood was “local rather than universal”; Lot’s wife never became a pillar of salt; and Abraham was mistaken in his belief that God commanded him to sacrifice Isaac.

“Probably the most serious problem with the book, however, was Elliott’s taking the stories of Genesis 1-11 as analogous to Jesus’ parables, thereby rendering them ‘symbolical’ rather than strictly historical,” Garrett writes in his 2009 book, Baptist Theology: A Four Century Study.

In a widely-read essay published in the Jan. 10, 1962, issue of the Texas Baptist Standard, Houston pastor K. Owen White didn’t mince words. “This book is ‘poison,’” he declared. “This sort of rationalistic criticism can lead only to further confusion, unbelief, deterioration, and ultimate disintegration as a great New Testament denomination.”

“If the appeal is made for ‘academic freedom,’” he wrote in the previous paragraph, “let it be said that we gladly grant any man the right to believe what he wants to – but, we do not grant him the right to believe and express views in conflict with our historic position concerning the Bible as the Word of God while he is teaching in one of our schools, built and supported by Baptist funds.”

Although Midwestern’s administration and faculty at first stood behind their professor, they shifted their position later that year. In the fall of 1962, Elliott was dismissed not for theological error, but for insubordination, after he refused to remove a second edition of his Message of Genesis from the press. But by the time of his dismissal, Southern Baptists were taking a fresh look at their statement of faith.

In his 1996 memoir, The Genesis Controversy, then 71-year-old Elliott claimed that though he was the epicenter of theological controversy in the SBC, many other seminary professors at the time held beliefs similar to his own. In what he called “doublespeak,” these other professors simply hid their beliefs, rather than airing them openly as he did.

“Doublespeak has become an insidious disease within Southern Baptist life …,” Elliott wrote. “Often this was done (in SBC seminaries) with an eye and ear for the ‘gallery’ and how much the ‘church trade’ would bear. Professors and students learned to couch their beliefs in acceptable terminology and in holy jargon so that although thinking one thing, the speaker calculated so as to cause the hearer to affirm something else.”

When Southern Baptists met in Kansas City in 1963, messengers overwhelmingly approved the new revision of the Baptist Faith & Message with an eye to preserving the SBC’s conservative beliefs and to restoring peace to the convention. But, ultimately, the BFM 1963 played into the hands of liberal-minded professors and leaders in the SBC, who found in it useful language for “doublespeak.”

In particular, the BFM 1963 statement on Scripture added two significant clauses. First, it added the claim that Scripture is “the record of God’s revelation of Himself to man.” Though the statement is innocent if expressed with full belief in the Bible’s inerrancy and verbal-plenary inspiration, this statement by itself could be used to support a basic tenet of theological liberalism: that Scripture is not God’s Word to humankind in all ages, but merely a record of God’s past revelation to people – and often a historically inaccurate record, at that.

Second, the BFM 1963 added the following statement: “The criterion by which the Bible is to be interpreted is Jesus Christ.” According to Hobbs, this claim was added to answer Elliott’s allegation that the Old Testament priest Melchizedek (see Gen. 14:18-20) was an idolatrous priest of Baal, rather than a worshipper of the one true God who foreshadowed the work of Christ Jesus in his priestly role (see Hebrews 7). But as theologian Paige Patterson said in 1979, liberal theologians often used this principle to pit Christ against Scripture.

It was obvious to Patterson and others that the events of 1961 to 1963 hadn’t removed theological aberration in Southern Baptist seminaries. After all, though they fired Elliott, Midwestern Seminary trustees immediately affirmed that the higher criticism he used was basically sound. As a result, the Missouri Baptist Convention’s Executive Committee made a resolution in 1963, calling the SBC to “complete the removal of liberalism which is still apparent among some of the faculty at Midwestern.”

Though he was only 21-years-old when Missouri Baptists approved this resolution, Patterson himself would become during the next two decades a central figure in efforts to complete this task by restoring in the seminaries a firm faith in the Bible’s complete trustworthiness, historical accuracy and divine inspiration.