What did you find most interesting in the opinion written by Judge Rex Gabbert and affirmed by the other two judges? 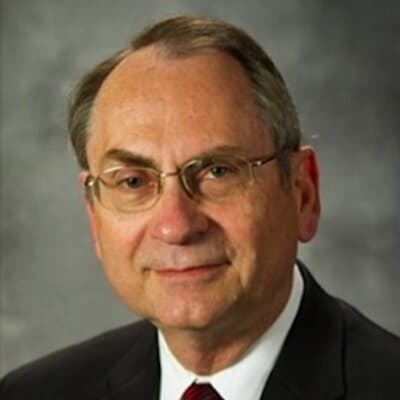 In depositions 15 years ago,  pastors and former MBC presidents like Bob Curtis, Gerald Davidson and Agency Restoration Group Chairman Randy Comer were interrogated by the MBU lawyers about a number of conservative religious doctrines, including whether they believed in a seven-day creation.  Each answered respectfully: “No.  The Bible says 6 days, not 7.  On the 7th day, God rested.”    Fifteen years later MBU lawyers kept getting it confused, and told the appeals court that MBC leaders would violate academic freedom by forcing MBU to teach a 7-day creation.

Judge Gabbert said the MBU argument would force “the court to rule – at least implicitly – on the truth of the story of Noah’s ark or Christian beliefs in creationism. We cannot conceive of a judicial inquiry which would impose on ecclesiastical matters more than this.” Judge Gabbert noted that the Constitution forbids civil courts from deciding purely religious questions, like “the belief that the Earth was created in seven days roughly 6,000 years ago, or the belief that every living thing on Earth is descended from animals rescued from a flood on a vessel roughly 4,300 years ago.”

For the record, MBC pastors always testified accurately that the Bible teaches a six-day creation, not seven. The Court simply quotes the MBU lawyers’ mistake. But also for the record, MBC’s legal case was never about forcing MBU faculty to change their teaching. MBC leaders never suggested that MBU was teaching liberal doctrine in 2001. MBC always told the Court that the legal issue should be the interpretation of the Non-Profit Corporation Code, not the interpretation of the Book of Genesis. But the MBU lawyers kept trying to make it a doctrinal dispute, and for some reason their board never stopped them. Judges Gabbert and the two other judges finally did.

Were you surprised at some of Gabbert’s descriptive language?

The audacious facts of these breakaways has evoked some very colorful and strong language from judges. In the Missouri Baptist Foundation case, then Cole County Circuit Court Judge Paul Wilson (now a justice on the Missouri Supreme Court) was the first to nail the “simple truth” that the MBC had an “absolute right” to approve charter changes, which he said the trustees “schemed” to take away, “trying to cheat the convention out of its rights.” Cole County Circuit Judge Karl DeMarce used phrases like “bewildering,” and “stunningly” “self-serving.”

Judge Gabbert pulled no punches. He called the defenses “so convoluted no court could reasonably expect a plaintiff to reply to them, nor would any court consider them for their intended purpose of shielding a defendant from liability.” Often multiple defenses are haphazardly grouped together and accompanied by a collection of paragraph numbers offered in support –  a byzantine maze of cross referenced paragraphs. Gabbert called their defenses “incomprehensible;” forcing the Convention “to follow a trail of breadcrumbs … to determine which facts may or may not need refuting.” The judge expressed well what we have felt for over 18 years of nitpicking litigation that seemed calculated to wear down the MBC. The Court has blown away the fog of war and declared an end to the resistance. We are delighted the court used colorful but compelling language to establish clear precedent for all non-profits in the future.

The Baptist Home created a new foundation corporation in August 2000, (now called The Baptist Home Foundation, Inc. or “TBHF”) and then two months later filed amended articles to break away from MBC. The Home’s investments prior to this time had been held by Missouri Baptist Foundation. The 2000 MBC Annual contains the Home’s audit for 1999, which shows investments worth about $35 million held by MBF, both endowment and operating funds. At some time after the breakaway, the Home transferred the investment funds into the name of its new foundation corporation, with some of the breakaway trustees on the board. The Home attorneys have refused to provide any details about the value of these investments in TBHF since the breakaway, but we believe the TBHF asset value may still exceed $20 million.

What do you expect to happen with any monetary assets?

Judge Gabbert said “it is clear that the Convention had some enforceable rights regarding how The Baptist Home’s property was used or disposed of. Therefore, at the minimum, even if the creation of the foundation was permissible under the Home’s articles, the transfer of assets to the foundation likely was not.”

When the MBC-elected trustees replace the breakaway trustees, they will have access to information about the TBHF board and its assets and they can take whatever steps are necessary to insure that the funds are ultimately under the Home’s control, and used for the benefit of the Home and its residents.

A website supportive of the breakaways predicted last week that “additional litigation may come to settle the issues” about TBHF, since “the ruling does not declare if that Foundation can stand or if it must surrender its assets to the MBC.” We think it is clear that the appeals court thinks the funds should be under the control of MBC-elected trustees, operating under a restored charter like the one that was in place in 2000 before the breakaway. We hope there is no more futile litigation trying to put these funds beyond the control of the Home and its residents. We are confident the appeals court would not tolerate that.”

In general, how often does the Missouri Supreme Court hear appeals?

In 2017, the Supreme Court received 340 applications for transfer, and denied 273, more than 80%. They agreed to accept appeals of 49 cases, and issued 32 opinions. The Court is more likely to take a case if there is a conflict among the three districts, KC, St. Louis, and Springfield, about how to interpret a point of law. There is no conflict here. The Supreme Court denied transfer in the Foundation case, which was a 3-0 decision, affirming four trial court judges below. This decision is also unanimous. The entity attorneys have customarily exhausted every opportunity for more appeals and may do so here, but we think the result is likely to be the same.

With a 3-0 decision by the court, is it likely the whole 11-judge panel of the Western Division of the Missouri Court of Appeals will hear the appeal if asked by MBU and TBH? What is the deadline for them to request such a hearing?

A unanimous panel in the MBF case in 2016 and a unanimous panel in this case make it very unlikely that the entire Kansas City appeals bench would hear the case “en banc.” The defense attorneys have until March 6 to file their motion for rehearing by the three judges, or a hearing “en banc” as it is called. If that is denied, the defense lawyers can ask the appeals court to transfer the case to the Missouri Supreme Court. And when that is denied, the defense lawyers have another 15 days to file in the Supreme Court an application for transfer to the Missouri Supreme Court. That could take a couple of months for a ruling. This means the last few steps in this process may take another 2-4 months. Or the parties may agree to discuss a smooth transition at any time. We pray that will be their preference, so that the MBC may welcome these entities back to our family of churches as soon as possible. (UPDATE: The board of the Baptist Home Feb. 28 voted to cease further appeals. See story here.)