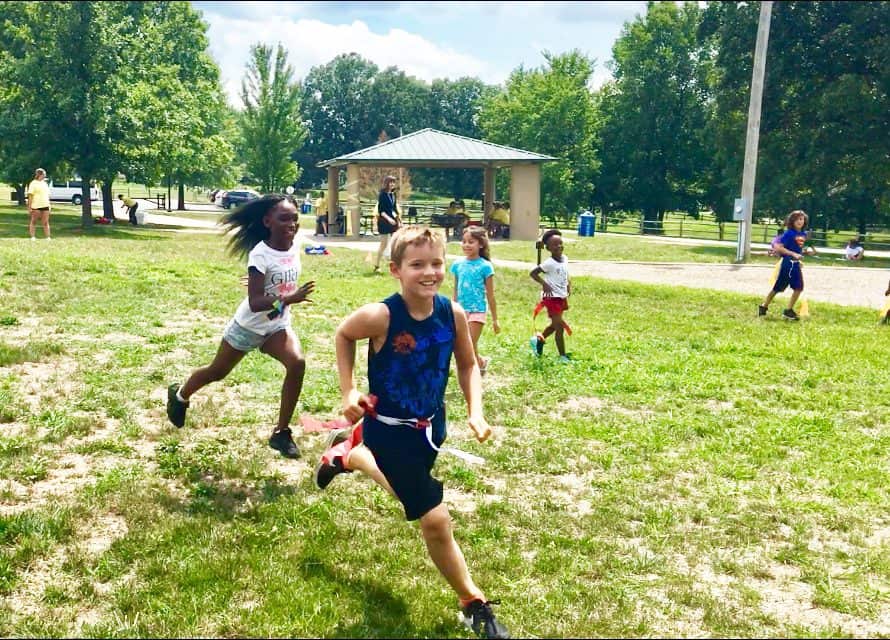 According to Omar Segovia, who serves as a Missouri Baptist Convention multiplying churches strategist, these three churches hosted one VBS program and a rugby camp at the Indian Hills Park, located in a lower-income area in east Columbia. They decided to work here after the local police department called church groups to interact with and mentor children in the neighborhood.

“The police want ongoing activities to keep the kids occupied there, so that crime doesn’t increase in the area,” Segovia told The Pathway. The need for outreach in the neighborhood was evidenced when they heard about a teenager who was shot in a nearby liquor store during the week of their outreach initiative.

“It was a strategic place, where the local police desire to have community groups working,” Segovia said. “They love to have churches there.”

Segovia told The Pathway that, while they were setting up for the soccer camp, the mobile home community’s new manager approached them and asked what they were doing. When he found out, he applauded their work.

“That’s wonderful,” he told Segovia. “One of my plans is to put up soccer posts, and we’d love for you to partner with us to see if we can have ongoing soccer for neighborhood kids.”

An open door for ministry like this comes only when churches get out into their communities, Segovia said.

“Because we took the initiative to do this in the community, we ended up meeting a man who manages three mobile home areas,” he said. “So it has opened a door for us to minister. … This was not only a VBS, but more of a missional effort.”

Segovia reported that about eight people professed faith in Christ during the VBS programs – primarily older children and a few parents. After finishing the VBS programs, the church groups set up a block party at Open Heart Baptist Church, which drew roughly 200 people.