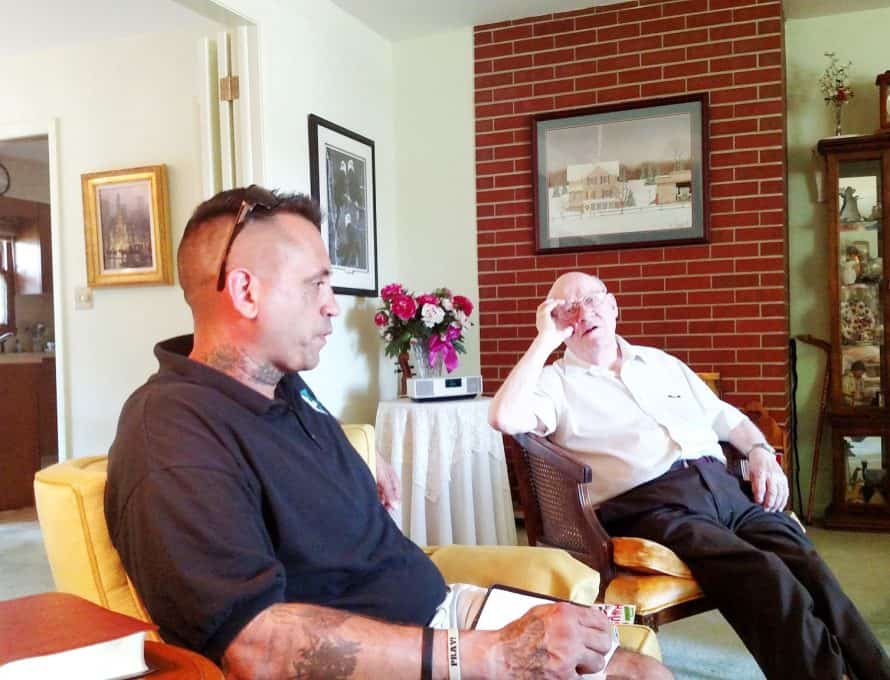 “I wanted to know what Jesus said about bad guys,” he said. “Because I was one.”

What he found was that he was the poster child for Christianity. God not only used people like him, God calls them by name. He accepted Christ and surrendered to the ministry “before even knowing what ‘the ministry’ was.” Hungry for more and desperate to better understand both the Scriptures and God’s call, he read through a loose-leaf, printed-out copy of Warren Wiersbe’s commentaries another inmate loaned him.

Years later, Stroup would get to meet the man who helped disciple him from afar through the printed word, and Wiersbe would read and endorse Stroup’s own book, “From The Pit to the Pulpit,” which was on Amazon, Aug. 1.

“It’s about me, but it’s not about me,” he said. “It’s about God and the journey he brings us on. I wanted people to know that God still delivers people can still do miracles today. It’s a book for everybody.”

Though he started his post-prison life in a shelter with nothing but his prison Bible and the hand-me-down clothes on his back, Stroup took God’s call seriously and eventually co-founded Freeway Ministries. It acts as a bridge of sorts between the church and those struggling with addiction or the post-prison transition.

Taking more than two years to write, the 310-page book tells of Stroup’s journey from a literal pit of despair to the Christian ministry. It’s an autobiography, detailing Stroup’s criminal background and life in prison, but it is also a topical discipleship book. Each of the 26 chapters  brings in other personal experiences and testimonies of others touched by Freeway Ministries.

“God has allowed me to see and be a part of some really amazing things these past 10 years,” he said. “But it’s all God doing that. I wanted people to know how He could take anybody from those darkest depths to the pulpit. Nothing is impossible.”

Wiersbe endorsed the book after meeting Stroup in Omaha, Neb., in 2015. He got to tell the Bible teacher his story, as well as how Wiersbe’s words unpacking Scripture were – to quote Proverbs 16, “a honeycomb; sweet to the taste and health to the body.”

“Pastor Stroup has written a book that I believe will be used greatly by God,” Wiersbe writes in the endorsement. “You will laugh, weep, and shout hallelujah as you turn the pages.”