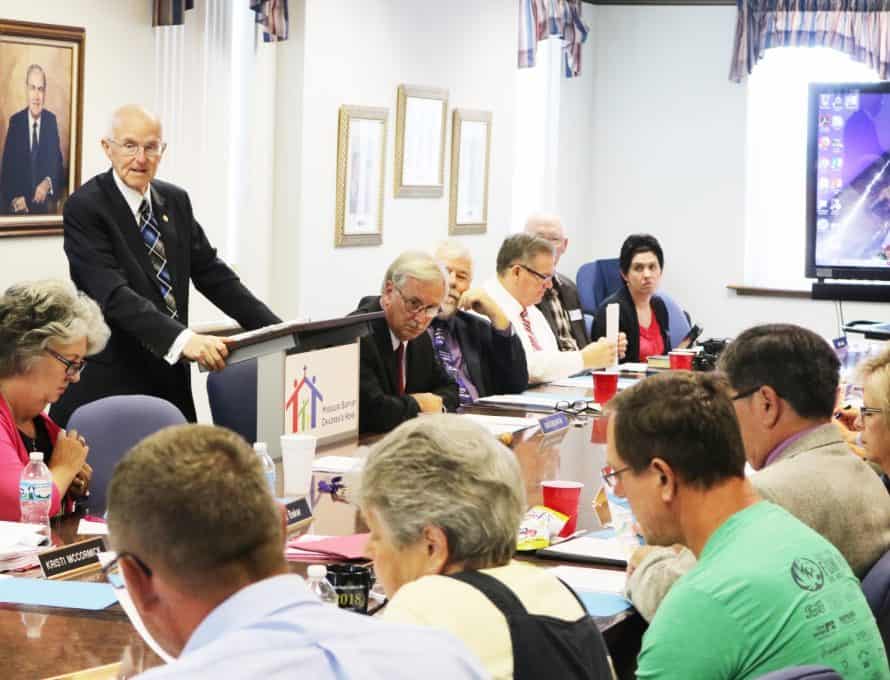 BRIDGETON – Trustees for the Missouri Baptist Children’s Home met here July 23-24, combing through reports of foster children matched with permanent homes with loving families, others being reunited with their biological families and still others finding the ultimate family by accepting Christ.

During the second quarter of 2018, MBCH’s Children and Family Ministries (CFM) oversaw 41 permanencies, including 15 reunifications, 5 guardianships, and 21 adoptions.

Trustees discussed ways CFM can better partner with churches to effectively equip them to serve children and families in their communities in difficult situations. David Burch, who is currently a regional vice president for CFM, will begin duties as the Church Engagement Strategist, Sept. 1.

“MBCH cannot be everywhere, but almost everywhere in Missouri there is a Southern Baptist church that can provide some much-needed services to strengthen and enrich families,” said Russell Martin, MBCH president. “Hopefully we can have an impact in lessening the number of children in state custody, as well as helping connect families to churches.”

The board adopted amended articles and bylaws to conform with the bylaws of the Missouri Baptist Convention, specifically bylaw 7.F. All the elements that are addressed in that particular bylaw either were already in the MBCH articles and bylaws or were included with the amendments that were approved. The articles will now go to the Inter-Entity Relations Committee for review and recommendation to the executive board and the messengers in the upcoming annual meeting for final approval.

“We are pleased to be an entity of the MBC and to partner with the Convention in kingdom work,” Martin said. “We appreciate the prayer support and the encouragement, as well as the financial support that comes to MBCH through the Cooperative Program and the Missouri Missions Offering. Lives of children and families are being impacted and changed.  To God be the glory!”

Among other business, trustees

• heard reports of staffers just returned from ministering with local partners in the Ukraine as part of a foster care ministry;

• celebrated the accreditation of the LIGHT House, a crisis pregnancy and resource center for young mothers in the Kansas City area, which the MBCH acquired several years ago;

• prayed for the MBCH camp, a ministry for more than 100 children – most of whom have never been to any type of camp before. It took place July 30 to Aug. 3.