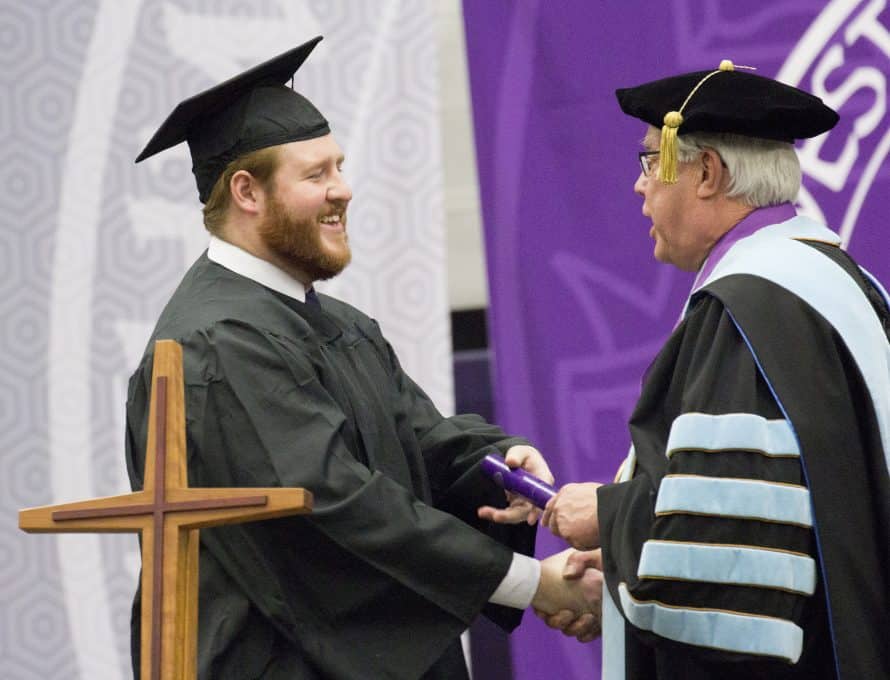 BOLIVAR – Christian education has its fair share of challenges, from the growing popularity of online education and the need to keep tuition low without losing necessary funds, to the political difficulties raised by the LGBT movement. Southwest Baptist University’s outgoing president, C. Pat Taylor, admits as much, but he’s hopeful for the future of Christian higher education and, especially, for the future of Southwest Baptist University.

“We do have challenges,” Taylor told The Pathway. “I would say that the biggest challenges we have right now is managing the cost factor and convincing Christian folks that they should send their kids to a Christian school.”

But, then again, challenges come and go. Take a look, for example, at SBU.

“We were founded in 1878, poor, with no money,” Taylor said. “After one year in Lebanon, and they told us to leave because they didn’t want a Baptist college there.”

SBU came to Bolivar in 1879, but that didn’t end its troubles. The school went bankrupt in the 1890s and then again in 1904. Then, six years later, the whole campus was destroyed by a fire – only to be saved because of the leadership of the local newspaper editor and deacon at First Baptist, Bolivar. Then, of course, the depression hit in 1929. But still the school survived and is thriving today.

“God has his hand on us,” Taylor said. “We’re here to stay. … God’s not going to take His hand off of it, as long as we focus on our commitment.”

Taylor retires from SBU on Aug. 31st. Since his arrival in Bolivar in 1996, he’s conferred 16,963 diplomas, and – with the help of faculty, staff, students, donors and, especially, his late wife Judy – he’s left the university in a healthy place. When he came, the school ran on a $22 million budget and had a $4.6 million endowment. Today, it operates off of a $62 million budget and has a $33.2 million endowment. Granted, the university is $7 million in debt, but then again there’s been $60 million in construction.

“That’s a good ratio,” Taylor said, adding that he feels the school is “on a very strong trajectory.”

“I’m excited about our future,” he said, “and I hope and pray that the next man will come here and lead us to bigger and better things.”

And, although the Cooperative Program funds a relatively small percentage of SBU’s operating budget, Taylor believes that the investment that Missouri Baptists make through CP is invaluable.

“The Cooperative Program is the best method that man has ever devised for doing missions,” Taylor said. “And is Christian higher education a part of missions? You bet we are.”

Giving to SBU through the Cooperative Program, he added, is worthwhile, on one hand, because it keeps the university connected to Missouri Baptist churches and, on the other, because it undergirds the school’s mission for training Christ-minded students.

“I’m proud,” Taylor said, “that we have a good relationship with the Missouri Baptist Convention.”