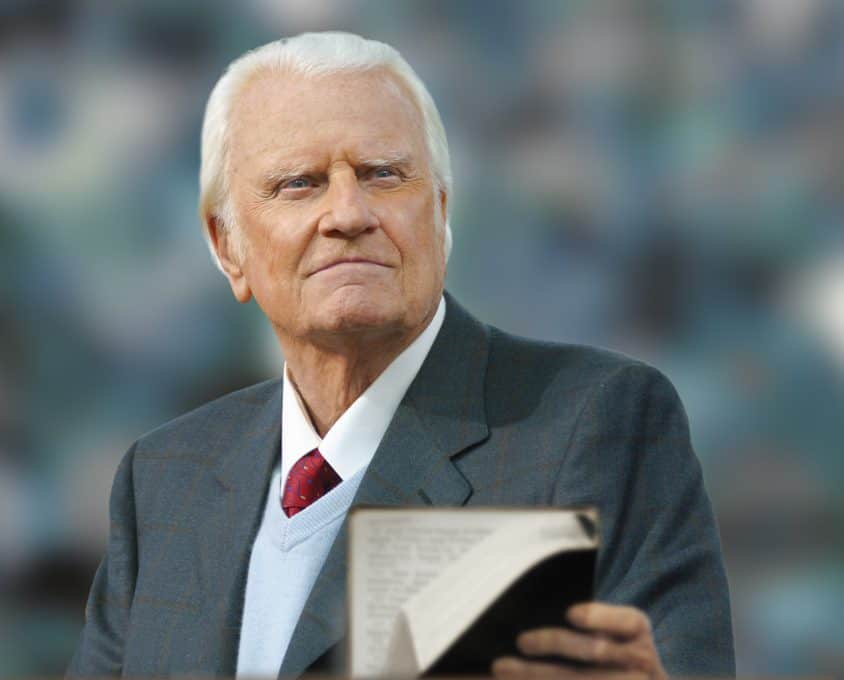 MONTREAT, North Carolina – Billy Graham, perhaps the most famous evangelist since the Apostle Paul, has died, according to a spokesman from the Billy Graham Evangelistic Association. He was 99 years old.

“In the Old Testament, Elisha was the spiritual/political icon for a nation, even one that was ruled by a morally corrupt king,” he said. “Over the course of our nation’s history, there is no one like Dr. Billy Graham. For three-fourths of a century, people in every station of life heard and were drawn to Jesus because of his faithfulness to the gospel of Jesus Christ. Rulers and administrations sought Dr. Graham’s counsel for what is right, and only the most foolish rejected the truth he spoke. This giant of faith leaves a legacy that is unprecedented. Can you imagine the celebration in heaven when he stepped across the threshold from this life into heaven? There are millions in heaven today because of Dr. Graham’s giftedness and faithfulness to the gospel of Jesus Christ. We join with millions still on the earth in praying for his family.”

For more than 60 years, Graham was known for his evangelistic tent and stadium crusades. It’s estimated he personally preached a simple gospel of Christ alone to more than 210 million people. He accepted Christ at the age of 16, and after being ordained as a Southern Baptist minister in 1939 began preaching with a southern drawl and fiery style that were his signature. Graham was also a friend, confidant and adviser to several U.S. Presidents, including Harry Truman, Lyndon Johnson, Richard Nixon, George W. Bush and Barack Obama. He was so well liked and respected, that many called him “America’s Pastor” and the “Protestant Pope.”

Ken Parker, pastor of First Baptist, Kearney and president of the Missouri Baptist Convention, said there are few people who have been touched by Graham’s ministry.

“He was a once-in-a-lifetime influencer,” he said. “Even more than his preaching and writing, his commitment to maintaining his integrity as a Christian leader is what influenced me most. He lived and now has died without giving the world a reason to point and say, ‘See, I told you so.’ That’s an example I want to emulate ’til I die.”

Steve Strauch, director of missions for Laclede Baptist Association, attended a 1999 Billy Graham crusade in St. Louis, and remembers his message as “the gospel in its purest.”

“I was a young pastor and knew this was my chance to see him,” he said. “Even then, it was rumored to possibly be one of his last crusades. We chartered a bus and took about 30 from the community. I remember just realizing, ‘That’s him.’ The crowds were fixed on him. I always noticed how his presentation was simple, but the message was the power.”

“He leaves behind a multitude of effective ministries, but most importantly, he leaves behind millions of people who responded to his appeal that they must be born again,” he said. “His leadership in mid-to-late twentieth century is well-attested as he helped bring together previously disparate groups who agreed with his message under the larger rubric of evangelicalism. Out of that movement and as a result of his leadership, a whole host of cooperative evangelical enterprises ministries such as Christianity Today, Gordon-Conwell Seminary, and the Billy Graham Evangelistic Association, emerged that have shaped American evangelicalism, even into the twenty-first century.”​