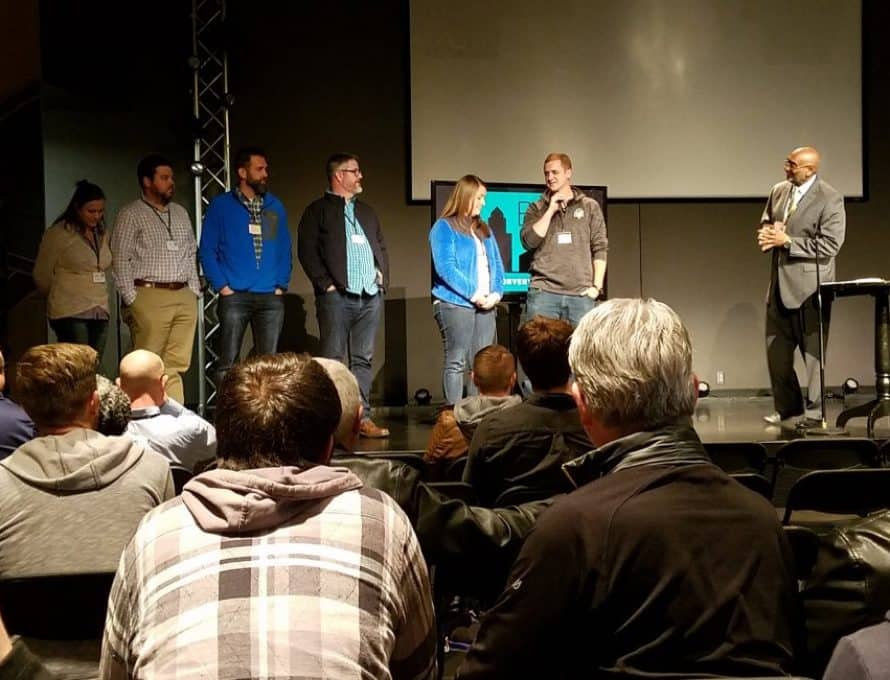 AMES, Iowa (BP) – The 2017 Baptist Convention of Iowa annual meeting was held in conjunction with a two-day “For the Church” micro conference in partnership with Midwestern Baptist Theological Seminary.

Messengers at the Nov. 4 Iowa annual meeting at Cornerstone Church in Ames totaled 111, with 55 guests, from 51 of the 112 churches in a convention focusing on church planting, church development, community transformation and developing the next generation of Baptist leaders.

Tim Lubinus, BCI executive director, reported that worship attendance in the convention’s churches topped 15,000 each week for the first time, increasing 14 percent for the second year in a row.

BCI continues to partner with the North American Mission Board to provide three church-based church planting catalysts in Iowa. Geoff Safford of New Heights Church in Indianola, Donovan Santamaria of Redeemer Church in Cedar Rapids and Todd Stiles of First Family Church in Ankeny are leading their churches to develop and send church planters toward a goal of each of the churches planting at least one new congregation a year.

Additionally, a growing number of churches are active as supporting churches for Iowa church plants, praying for, providing financially for, and partnering with planters through short-term mission projects. Cornerstone Church in Ames, began a partnership directly with NAMB called The SALT Network. Their focus is to start churches and collegiate ministries in university cities around the Midwest. In 2017 the various churches of the SALT Network worked together to start the Salt City Church in Minneapolis and Wellspring Church in State College, Pa.

A budget of $1,651,778 was adopted for 2018 marking an increase of less than 1 percent from 2017 and includes $640,000 in anticipated Cooperative Program receipts from BCI churches, $730,000 from the North American Mission Board (plus providing one full-time lead church planting catalyst position) and $60,000 from LifeWay Christian Resources.

The Baptist Convention of Iowa will continue to forward 50 percent of CP receipts to SBC missions and ministries, no change this year. The budget does not include any shared ministry expenses with the SBC.

In the last five years, BCI churches have increased their Cooperative Program giving by 30 percent. Because of the convention’s decision to increase the percentage of giving to the national SBC entities to 50 percent in 2014, the increased giving has resulted in a projected 223 percent increase in the 2018 budget from five years ago. In addition, the projected BCI office budget is 91 percent lower than it was five years ago after moving to a mobile office strategy.

The budget allocates $100,000 to the Iowa Ministry Fund consisting of 10 percent of BCI Cooperative Program receipts and 50 percent of the Iowa Missions Offering with the balance from reserves and foundation investments. The Iowa Ministry Fund normally distributes $10,000 to a selected ministry organization in each of 10 ministry categories to support organizations and ministries that offer God’s mercy, love and truth to those who are among the most vulnerable across the state.

The 2018 annual meeting of the Baptist Convention of Iowa is slated for Nov. 10 at the Hilton Garden Inn in West Des Moines.