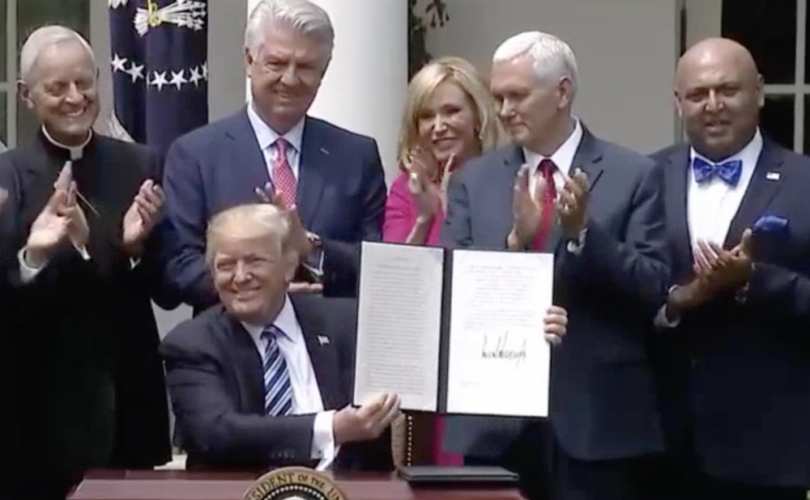 WASHINGTON (BP) – The Trump administration delivered a major victory for freedom of conscience Oct. 6 by issuing new rules to protect objectors to the abortion/contraception mandate instituted under President Obama.

One of the two companion rules announced today exempts entities from the requirement based on their religious beliefs, while the other regulation protects organizations and small businesses on the basis of a moral conviction apart from a specific religious belief.

The win for objectors comes after a six-year battle against an HHS mandate that requires employers to provide their workers with coverage for contraceptives, including those with mechanisms that can potentially induce abortions. The 2011 rule, which helped implement the controversial health-care law enacted the previous year, resulted in legal challenges from more than 90 religious nonprofits, including GuideStone Financial Resources of the Southern Baptist Convention and four Baptist universities.