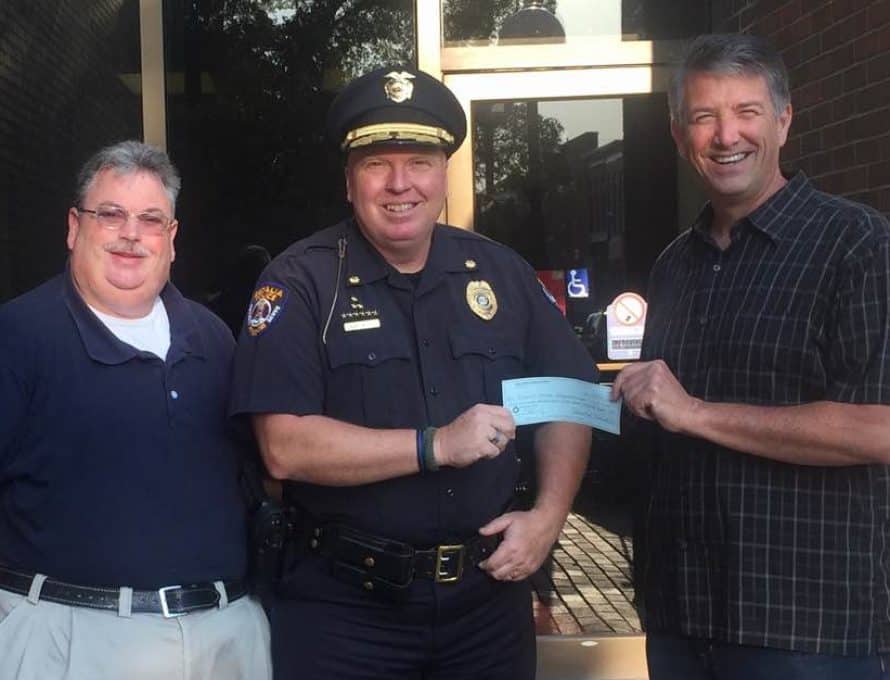 Katy Park’s Senior Pastor Jon Church and Associate Pastor Richard DeFord presented a check of $2,035 to Sedalia Police Commander Larry Ward, Sept. 8. The church made the donation in honor of one of their own members, who serves with the police department.

“The idea was to do this as a blessing to the police department, but we always hoped that other groups would join us … in showing support and love to our officers at a time when they are really struggling with what is going on around our country,” DeFord said.

According to the Sedalia Democrat, Commander Ward was disappointed by the loss of the $25,000 grant from State Farm Insurance – which they received in previous years – especially because of news regarding the death of Clinton police officer Gary Michael in the line of duty only a month earlier. The grant would have funded gear for new hires to the police force, as well as replacement gear for all officers. Protective vests and helmets have to be replaced every 5 years, the Democrat reported.

While the Clinton shooting wasn’t directly connected to Katy Park’s desire to give to their police department, DeFord agreed that law enforcement officers face a difficult “climate” throughout Missouri and around the nation.
“Our officers are dealing with harder things than they ever have dealt with,” DeFord said.

DeFord said that Ward was “very happy” for the church’s gift, which exceeded the $1,500 necessary for purchasing protective gear for an officer. Other groups in town have likewise stepped up to raise funds for this gear, he said.