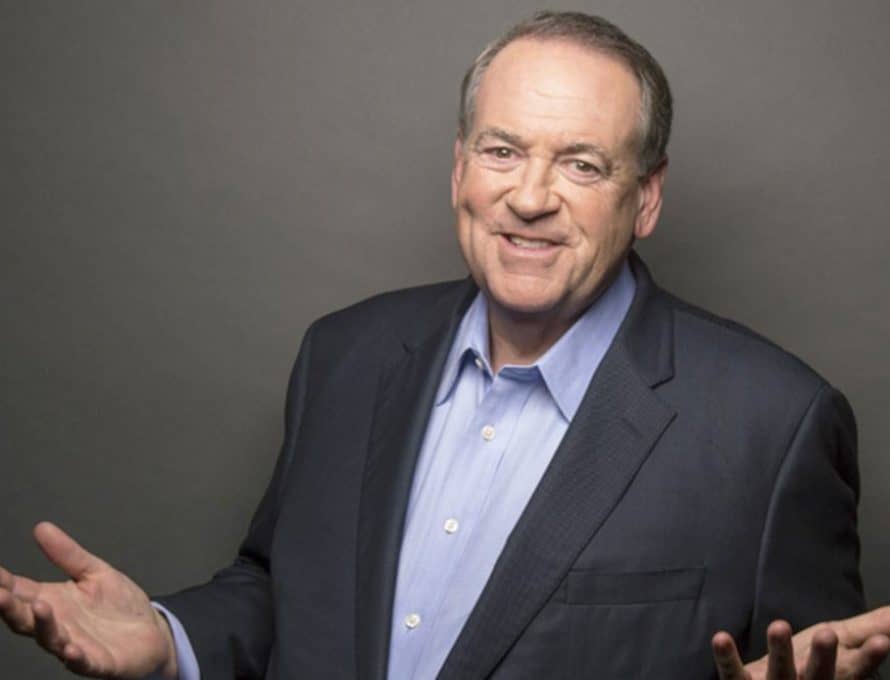 LOS ANGELES (BP) – Former Arkansas Governor and U.S. presidential hopeful Mike Huckabee looks for his new talk show to be a “wholesome, watchable program for the whole family.” Huckabee recently announced the fall debut of his show on the Trinity Broadcasting Network (TBN).

“Anybody who ever watched the show that I did on the FOX News Channel will be familiar with the idea of information and inspiration,” Huckabee said when he announced the show from TBN’s Jerusalem studio May 24. Huckabee was in Israel for President Donald Trump’s visit to the nation.

“It’s not so much a Christian program … but it will be a program hosted by a believer, so we’ll have a worldview that will never offend the people of faith,” Huckabee said. “It hopefully will encourage, edify and even entertain.”

“Basically, the Huckabee show is coming back,” Crouch said, “and … it’s going to be on Trinity Broadcasting.” Crouch praised Huckabee for the success of his FOX News talk show that received top ratings airing from 2008-2015. The religious broadcasting station will schedule Huckabee in the same weekend time slot as did FOX, where the show drew 2 million viewers, half of them among 25-year-olds to 54-year-olds, TBN said.

“We are excited to add ‘Huckabee’ to our lineup at TBN,” Crouch said in a May 25th press release. “Mike has a decades-long reputation for compassionate statesmanship, solid biblical counsel and solid common-sense perspective. His is a welcome voice of wisdom, integrity and faith that America sorely needs right now.”

Nashville is the perfect home for the new show, and TBN the perfect network host, the 61-year-old Huckabee said in the press release.

“Nashville is right in the middle of America. It’s one of the fastest growing cities in the nation and a totally fun place to be. Expect some politics and current events, but if you originate in Nashville and don’t feature music, you would be run out of Nashville!” Huckabee said. “I am grateful to Matt Crouch for sharing the vision of a weekend destination on TV where we talk to newsmakers and celebrities in a civil and respectful manner as well as introduce America to some not-so-famous people whose stories remind us that the greatness of our nation is about the people who love God, raise their families and serve their neighbors.”

TBN describes Huckabee as “one of the nation’s foremost Christian and political voices.” In addition to the Huckabee television show, he hosted the syndicated radio show “The Huckabee Report” on nearly 600 radio stations in the U.S. from 2008-2015.

The leader was the 44th governor of Arkansas, serving from 1996-2007, and unsuccessfully sought the Republican nomination for U.S president in both 2008 and 2015. Among his numerous books are the New York Times bestsellers “God, Guns, Grits and Gravy,” and “Do the Right Thing.”

TBN bills itself as “the world’s largest and most watched faith-and-family broadcaster,” airing in more than 175 nations, in 14 languages and on 30 global networks.