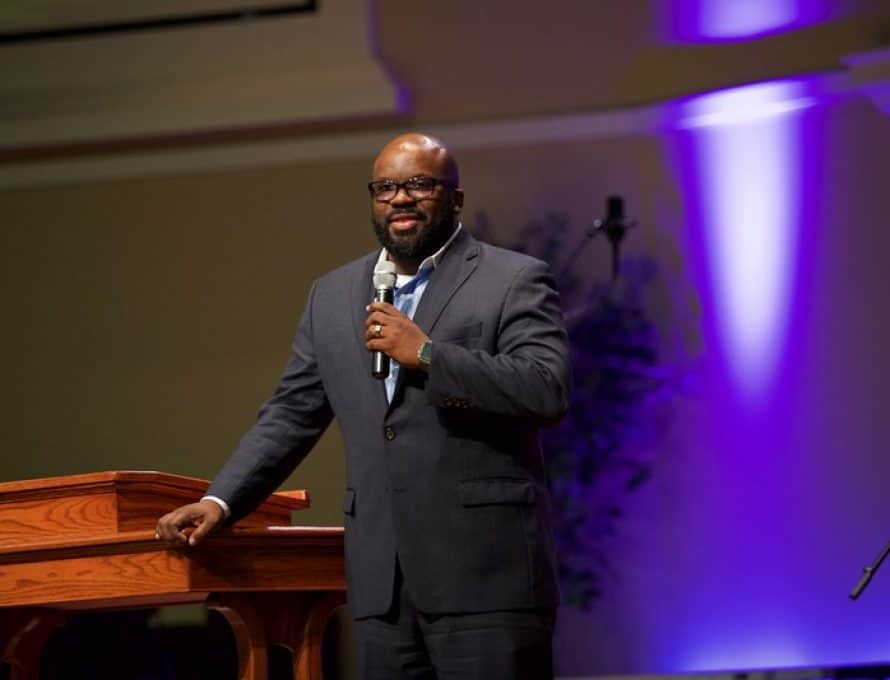 PHOENIX (BP) – Oklahoma pastor Brad Graves has announced the withdrawal of his candidacy for Southern Baptist Convention Pastors’ Conference president to clear the way for Florida pastor H.B. Charles Jr. to be nominated as the first African American to hold that office.

Graves told Baptist Press no one pressured him to withdraw and “it’s never a loss when you can join God in His work.”

Former Pastors’ Conference president Ken Whitten announced his intent to nominate Charles May 11, noting he is a “preacher extraordinaire.”

The decision to nominate Charles stemmed from an informal gathering of past Pastors’ Conference presidents May 2 at which the group expressed a desire to nominate someone representing the numerous qualified pastors from ethnic minority groups, Whitten told BP. Multiple qualified pastors were discussed, he said, and eventually the group sensed God’s leading to Charles, pastor of Shiloh Metropolitan Baptist Church in Jacksonville, Fla.

“We thought it was time to stop talking about racial unity in positions of leadership within our convention” and “put a president out there at the Pastors’ Conference” from among the “African Americans, Hispanics and Asians who are pastoring great churches and are very worthy of being in positions of leadership in our convention,” said Whitten, pastor of Tampa-area Idlewild Baptist Church in Lutz, Fla.

Graves, whose candidacy was announced April 17, told BP the decision to withdraw from the election was “a big God moment,” adding no one pressured him to withdraw — except the Holy Spirit after a season of prayer.

Graves was notified May 9 that Charles also would be nominated. So he prayed, sought wise counsel and had a phone conversation with Charles during which he shared his intent to “step aside.”

“I don’t want to be anything divisive” in the SBC, said Graves, pastor of First Baptist Church in Ada, Okla. “I think it’s time to show the culture that there is something that unites [Southern Baptists] more than just a Cooperative Program or a mission statement, but that we really do care for one another. We really are brothers in a fraternity.”

Graves added, “Our convention is very diverse,” and Charles’ nomination “will help show how diverse we really are.”

Charles has served as pastor of Shiloh since 2008. The church averages 4,000 in worship across two campuses and began cooperating with the SBC in 2012 at Charles’ urging, Shiloh reported. The church reported giving $9,000 through the Cooperative Program in 2016, and the SBC’s Annual Church Profile database reflected a similar total. Shiloh, which also cooperates with the National Baptist Convention U.S.A. Inc., reported a total of $21,000 in Great Commission Giving last year.

Charles is the author of four books and has contributed to three others. He is a frequent preacher at SBC entities and conferences hosted by Southern Baptists, including two appearances at the SBC Pastors’ Conference.

Charles also will be nominated at this year’s SBC annual meeting as a trustee of Southern Baptist Theological Seminary.

“I am grateful, honored and privileged to be considered for this important role” in the Pastors’ Conference, Charles told BP. “My prayer, if elected, is that we will have a conference that will encourage pastors and churches to be about the Great Commission of the Lord Jesus Christ in these important times that we live in.”

The potential of being the first black Pastors’ Conference president “made the opportunity all the more overwhelming and humbling,” Charles said. “It would be a privilege to have such a signal honor to be the first to serve in this important role in our convention. And I hope and pray that, if elected, it will signal unity among us as brothers and sisters in Christ.”

Charles and his wife Crystal have three children.

With Graves’ withdrawal, Charles’ nomination is the only one announced for the Pastors’ Conference.