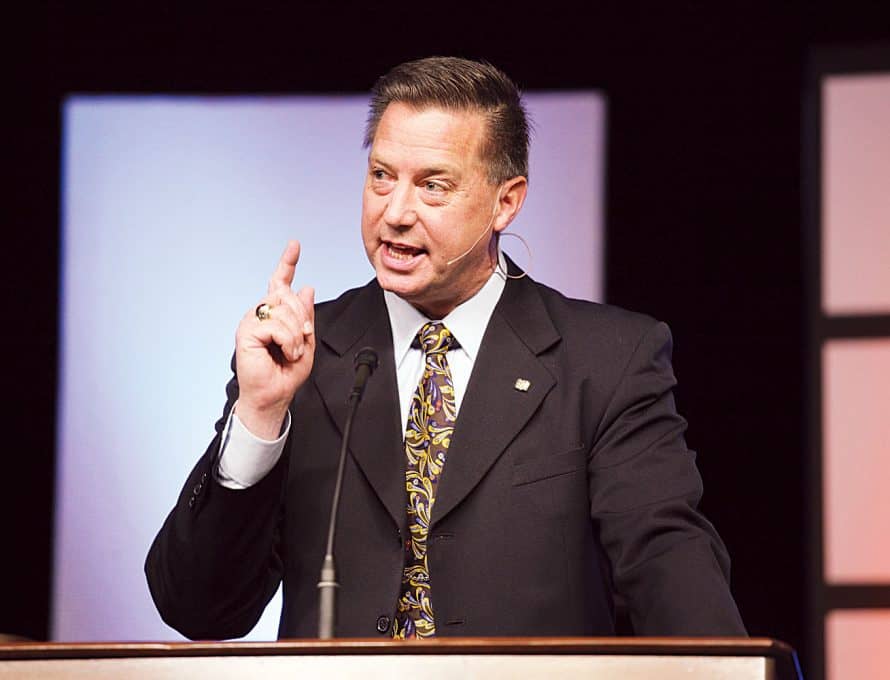 SPRINGFIELD – Crossway Baptist Church’s 1,800 attendance on a Sunday is nothing to sneeze at, but pastor Eddie Bumpers is preparing to preach to a crowd that could top 7,000 in Columbus, Ohio.

Bumpers said he is still considering what the Lord would have him say to messengers at the Southern Baptist Convention (SBC) June 17 when he preaches the “convention sermon” slated for 4:30 the final day of the meeting.

“Either I’m going to be speaking about Elijah on Mt. Carmel or I’m going to look at the first great awakening in Acts 4,” he said. “Either way, I’m going to stay with the theme, Great Awakening: clear agreement, biblical union, extraordinary prayer.”

Bumpers, a Florida native, grew up in the church where his father pastored, St. Augustine Road Baptist Church in Jacksonville.

“During my teenage years, I ran away from God,” he said. “I got a little wild.”

At 17, his exasperated father signed up Bumpers for the Air Force in an attempt to teach him discipline.

“Just before I went to boot camp at 18 I was saved and gave my life to Jesus,” he said. “My life turned around.”

A mechanic on C-141 Starlifter cargo/transport planes in the Air Force Reserves, Bumpers soon felt a strong call to preach at 19. He went to Bible college, then Luther Rice Seminary and became the student pastor at St. Augustine Road.

After that, he pastored churches in Mississippi and North Carolina before coming to Broadway Baptist in Springfield in 2000, which would eventually relocate and become Crossway. Following the pattern he and his father established, his son, Jared Bumpers, is the minister of students at Crossway.

Last summer in Baltimore, Bumpers gave the opening theme interpretation at the SBC annual meeting. He also preached the convention sermon at the Missouri Baptist Convention annual meeting in 2013 meeting in Kansas City. Bumpers will be the second Missouri pastor to deliver the convention sermon in six years. In Louisville in 2009, fellow Springfield pastor John Marshall, of Second Baptist, preached the sermon.