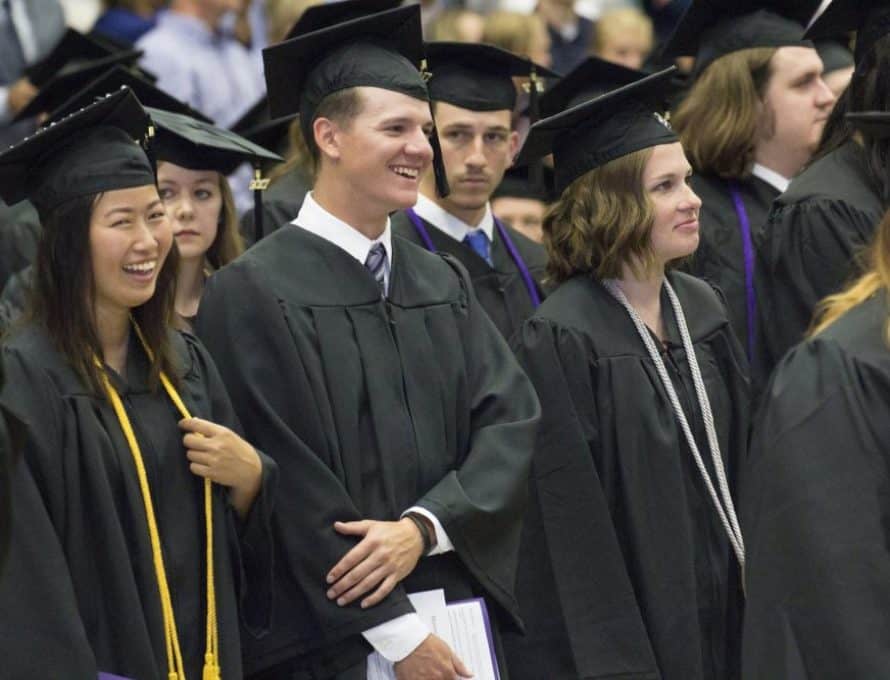 BOLIVAR (SBU) – Southwest Baptist University conferred 218 undergraduate and 198 graduate degrees during two ceremonies Saturday, May 20, on the Bolivar campus. Another 129 degrees were conferred Thursday, May 18, in Springfield, to graduates of the Mercy College of Nursing and Health Sciences of SBU.

Gooch graduated with degrees in social science education and political science. He is the son of Curtis and Vicky Gooch of Bolivar.

The award is presented annually to a faculty member who has been judged by the previous three years’ graduating classes to be outstanding in both teaching ability and personal guidance. The SBU Board of Trustees designated this award in memory of Hendrex, a former academic dean.

“When every semester or internship would come to an end, I would look back and pick three things to condense down that I wanted to remember and implement into my life,” she said while delivering the Bob R. Derryberry Senior Address. “The first lesson I take with me is the importance of community. Another thing I’ve learned in my time at SBU is what it truly is to love others and love them when I don’t feel like it.

Ashley Nicole Fox, who graduated with a degree in music education, performed “Amazing Grace,” as arranged by Paul Basler, on horn and was accompanied by Zach Shelton on piano, for the senior music.

During the Bolivar undergraduate ceremony, Chad McDonald ’99, senior pastor of Lenexa Baptist Church, Lenexa, Kan., said the pursuit of success is something that people have in common, but also disagree about its definition and how it is attained.

“There is one foundational key that rises above all the others – and that one key is Christ,” he said.