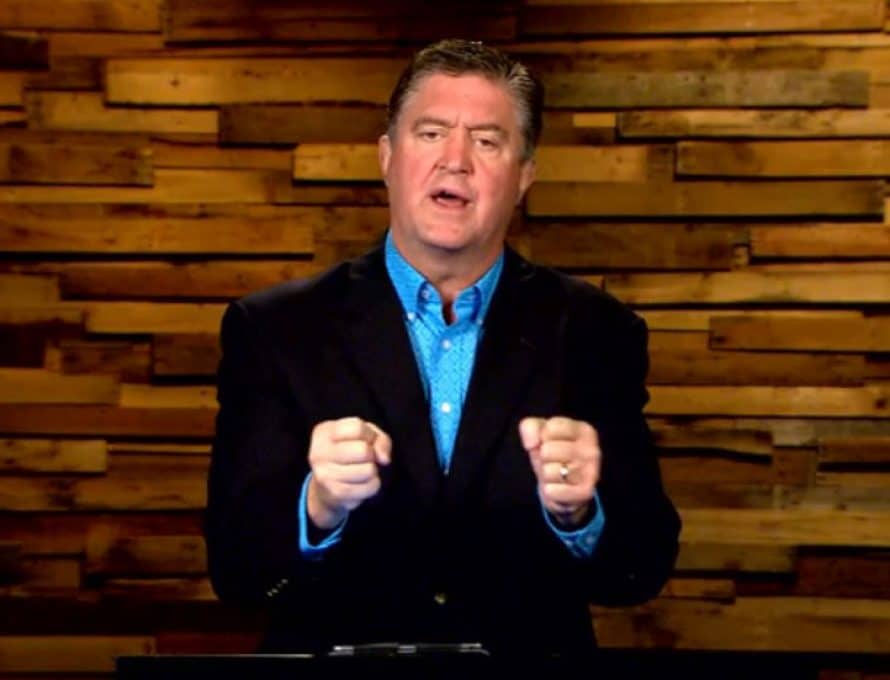 PHOENIX (BP) – Tennessee pastor Steve Gaines will be nominated for a second term as president of the Southern Baptist Convention, his son Grant announced today (May 17).

Gaines “has led the convention faithfully” over the past year and been “marked by … godly traits,” Grant Gaines, pastor of Calvary Baptist Church in Jackson, Tenn., wrote in a statement to Baptist Press announcing his intent to nominate his father at the June 13-14 SBC annual meeting in Phoenix.

Steve Gaines, pastor of Memphis-area Bellevue Baptist Church in Cordova, Tenn., has focused his first year in office on calling Southern Baptists to pray and rekindle a passion for personal evangelism. He has championed the Cooperative Program, Southern Baptists’ unified method of funding missions and ministries in North America and internationally.

“First, he has been a consummate statesman in a year full of political and moral turmoil in our nation. Through his example, he has shown us all how to combine both a prophetic voice when need be, as well as wise restraint when certain comments might not be helpful,” Grant Gaines wrote.

“Second, through his emphasis on prayer, he has encouraged thousands of Southern Baptists to a deeper prayer life. Anyone who knows Steve Gaines knows him as a man of prayer, and I would love to see his passion for this spread to even more people and churches over the coming year.

“Third, his emphasis on personal evangelism has been a needed reminder in our convention,” Grant Gaines wrote. “It’s important that we be reminded that without personal evangelism, church planting and global missions cannot be effective.”

Grant Gaines concluded, “As his son, I’ve been able to observe for years now the way my father has exhibited these strengths long before he became president of the SBC … I would like to see him serve our convention for another year.”

During the 12 years Steve Gaines has pastored Bellevue, the congregation has averaged 492 baptisms annually, according to data from the SBC’s ACP. Previously, he pastored churches in Alabama, Tennessee and Texas.

Earlier this year, Bellevue became the first church that cooperates with the Tennessee Baptist Convention to give $1 million through CP during a 12-month period, the TBC reported. The church has designated the same amount for CP in its 2017-18 budget year. In 2016-17, that total represented 4.6 percent of Bellevue’s undesignated receipts, according to the church. ACP data reflects similar totals.

Gaines served as president of the SBC Pastors’ Conference in 2005, preached the convention sermon in 2004 and was a member of the committee that recommended revisions of the Baptist Faith and Message in 2000. A current trustee at Union University, Gaines has served in the past as a trustee of LifeWay Christian Resources and in various state-convention and SBC leadership roles.

He is married to Donna, and they have four children and 10 grandchildren. The author of four books, Gaines holds master of divinity and doctor of philosophy degrees from Southwestern Baptist Theological Seminary.