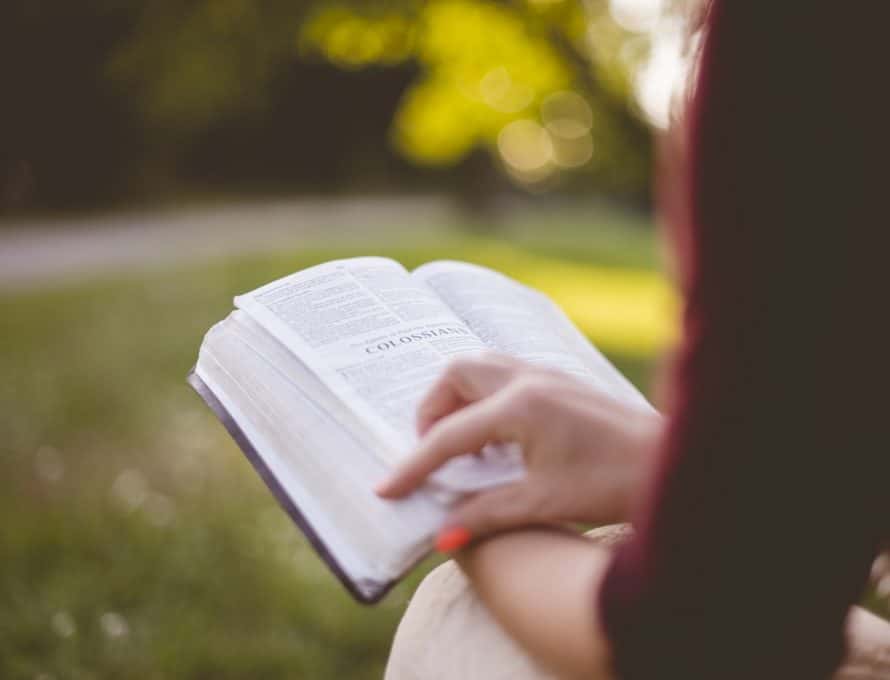 JEFFERSON CITY – Amid reports of sparse Bible-reading within the United States, some Southern Baptists are asking how the technological babble of iPhone apps, online search engines and social media have impacted biblical literacy in the nation.

“As I’ve traveled and had opportunities to teach in a variety of settings, I’ve noticed—increasingly so—people that are using some kind of digital Bible, whether it is on their phone or on their tablet,” Steve Burchett, an elder at Christ Fellowship of Kansas City, told The Pathway. “Not only have I seen people using them, but I’ve also seen distracted people using them.”

Concerned that the digital Bible may sometimes diminish the quality of congregational and small group Bible reading, Burchett encourages believers to take only “paper” Bibles to church meetings.

Of course, Burchett isn’t the only evangelical in recent days to caution Christians about the negative side effects of digital Bible-reading. Tony Reinke, senior writer for DesiringGod.org, sparked dialogue among evangelicals about the broad-ranging impact of technology with the April 30th release of his book, “12 Ways Your Phone is Changing You.” And, indeed, he notes that evangelicals’ phones have changed the way they consume God’s Word: “Digital reading is unnecessarily hurried,” he writes, “and this habit bleeds into how we read our Bibles.”

Yet one scholar says that modern technological trends may impact much more than Christians’ reading habits. Ched Spellman, assistant professor of biblical and theological studies at Ohio’s Cedarville University, told The Pathway that this technology may even limit people’s view of the overarching story of Scripture.

‘Why a paper Bible is better’

In an article recently published on Midwestern Baptist Theological Seminary’s “For the Church” blog (www.ftc.co), Burchett explained his concern about digital Bibles. While recognizing that this technology has its benefits, he listed four reasons for endorsing the use of “paper” Bibles rather than digital Bibles in church meetings:

Of course, Burchett told The Pathway that digital Bibles offer one obvious advantage: Accessibility. In fact, technological advances have helped Christians take the truth of Scripture around the globe. And even the illiterate can have access to Scripture if they have an audio version of the Bible.

This increased accessibility of Scripture is even an advantage in the United States—where, according to the American Bible Society, nine out of 10 households already own at least one print edition of Scripture. After all, Christians can easily carry, read and meditate upon Scripture every day, all day long, if they simply have a Bible app on their phone.

But despite this widespread access to Scripture, the majority of Americans don’t read it.

“Most Americans don’t know first-hand the overall story of the Bible—because they rarely pick it up,” Scott McConnell, executive director for LifeWay research, said.

Getting the ‘big picture’

But, even among those who read Scripture fairly regularly, people may have little sense of the Bible’s “overall story” if they’ve primarily read Scripture in an online format.

“Digital versions of the Bible and search-engine technology are wonderful tools for quickly finding particular words or texts,” Spellman told The Pathway. “However, primarily accessing the Bible in this way might actually short-circuit the important process of mentally locating a particular text within the larger context of a book or biblical collection.

“Reading and interpreting a passage in context is much more difficult when it is found in a list of search results rather than within the flow of a narrative or a letter.”

While reading a print edition of Scripture, Christians can see the shape of the biblical “canon”—that is, all of the authoritative books of the Bible, running from Genesis to Revelation. They can observe how the overarching story moves from book to book, from beginning to end. But readers can easily lose sight of the “big picture” of Scripture if they only interact with a small passage on an iPhone screen or with an isolated Bible verse that appears on a Facebook post.

According to Spellman, this reality shouldn’t prompt Christians to abandon digital Bibles completely. Rather, it should motivate preachers to teach their congregations about the “big picture” surrounding every passage and every book of the Bible. With this training, believers can cut through the technological babble of iPhone apps and search engines to find the overarching, transformative story of God’s Word. 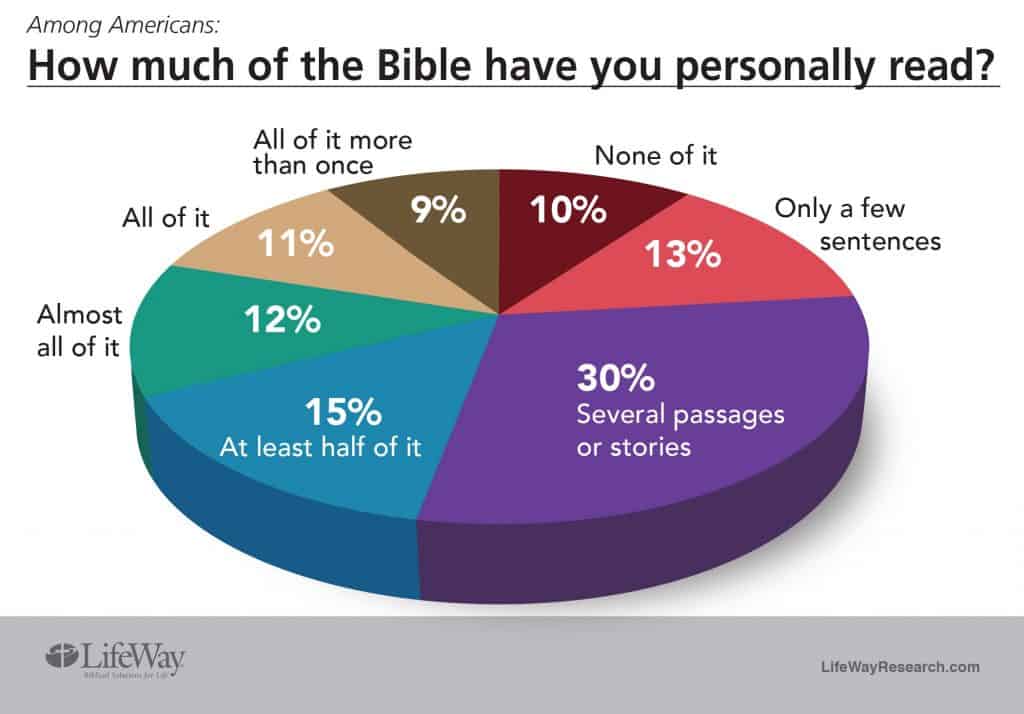 NASHVILLE – Most Americans rarely, if ever, read the Bible, according to a recent LifeWay research report – despite the widespread accessibility to Scripture both in print and online formats.
LifeWay Research graphic