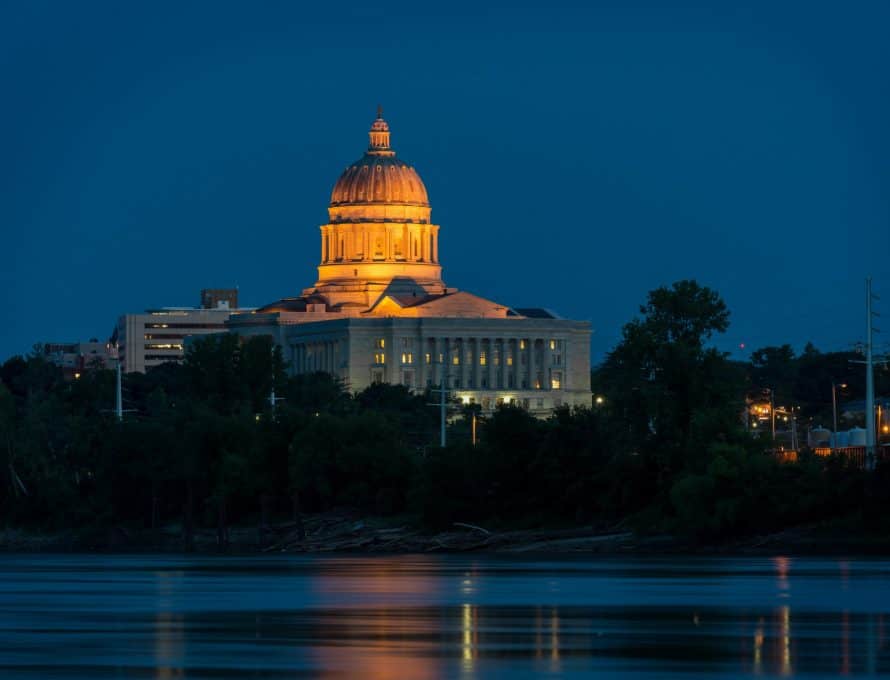 JEFFERSON CITY — People of faith in Missouri won a tremendous victory late last night (May 8) in the cause for religious liberty – and few people knew it was even happening due to a low-key strategy leading to passage of a bill everyone thought was solely about tort reform.

The measure known as Senate Bill 43 (SB 43) restored the religious exemption to the Missouri Human Rights Act (MHRA) after its removal by the Missouri Supreme Court in a 2013 ruling. The Missouri House of Representatives approved Senate Bill 43 after more than six hours of contentious floor debate. The vote was 98-30, with about 40 representatives not voting in protest over portions of the bill dealing with tort reform. The bill now heads to the desk of Gov. Eric Greitens, where he will soon sign it into law. The Senate passed the measure several weeks ago.

While all the floor debate and media coverage focused on the tort reform aspects of the bill, much of it seemed oblivious to the restoration of the religious exemption to the MHRA that was also contained in the bill. Without the exemption, religious nonprofits like the Missouri Baptist Children’s Home as well as faith-based colleges and even churches could have faced discrimination lawsuits by employees refusing to adhere to the tenets of the faith-based nonprofit. The result could have been a financial catastrophe for the faith-based nonprofits.

The Missouri Supreme Court removed the decades-long religious exemption in a 2013 controversial ruling that went largely unnoticed until Southern Baptist attorneys noticed it two years ago. The ruling involved a case known as Farrow v. Saint Francis Medical Center of St. Louis. Farrow involved a claim under the MHRA for gender – not religious – discrimination by an employee of the Saint Francis Medical Center. Saint Francis was a Catholic nonprofit corporation and thereby seemingly exempt. However, in a shocking ruling the Missouri Supreme Court rejected Saint Francis’ exemption claim.

The Lutheran Church-Missouri Synod – which joined the Missouri Baptist Convention (MBC), Missouri Catholic Conference and the Assemblies of God in supporting restoration of the exemption – explained Farrow’s impact in a letter to Sen. Bob Dixon in February:

First, the court gave deference to an administrative regulation promulgated by the liberal Missouri Human Rights Commission, the Lutheran letter stated. That regulation states: “A corporation or association must be 100 percent owned and operated by a religious or sectarian group and being a member of that religion or sect must be a requirement for employment for that corporation or association to be exempt as an employer.”

The Missouri Human Rights Commission regulation cited by the Missouri Supreme Court departs from the text of the MHRA in two respects: The statutory exemption does not require that a religious employer be “100 percent” owned and operated by a religious organization. Perhaps even more importantly, the text of the exemption does not require that the employer hire only members of the same religion.

Second, the Lutheran letter continued, the Missouri Supreme Court said the religious exemption applies only to a religious entity that is “owned and operated” by the religious employer. The Court simply said that no one can “own” a nonprofit corporation, thus no religious nonprofit could enjoy the exemption.

“Bang! Just like that, the Supreme Court – leaning on the gobbledygook of some liberal bureaucrats — made it impossible for religious non-profits to meet the condition of the exemption,” said Don Hinkle, public policy advisor for the Missouri Baptist Convention.

Some legal observers noted that it meant that even a church might not be able to hire its own employees without facing a possible lawsuit and suffering liability under the text of the MHRA as interpreted by the court in the Farrow case.

There are hundreds of religious nonprofits in Missouri. Among them: the Missouri Baptist Children’s Home, the Missouri Baptist Convention, Hannibal-LaGrange University, Southwest Baptist University and nearly 2,000 Southern Baptist churches. All could have faced potential liability that could have soared into the millions of dollars. Also impacted were churches and nonprofit institutions in other denominations like orphanages, crisis pregnancy centers and hospitals. Even if vindicated of discrimination, the legal battles would have forced religious organizations to spend untold dollars on attorneys’ fees defending themselves and thus hurting their ability to help others through their ministries.

“We chose to take a low-key approach in an effort to gain passage,” Hinkle said. We did not want to stir public controversy. Our work was not in secret. The pro-homosexual PROMO organization and the American Civil Liberties Union (ACLU) were both consulted about the bill and remained neutral on the exemption restoration portion of the bill,” Hinkle said.

“The restoration of our religious exemption to the MHRA is vital because it re-opens the door for religious nonprofits to do their important work unencumbered by government bureaucrats and a seemingly out-of-touch  judiciary,” Hinkle said. “Missourians will not surrender their religious liberty.”